In the south of Damascus, militants set about surrendering heavy weapons to government forces

December 26 2015
48
Formations of Daesh, “Dzhebhat al-Nusra” and “Liva al-Ghurab”, located in the area of ​​the Yarmuk Palestinian refugee camp (the southern outskirts of Damascus), began to hand over heavy weapons to government forces, reports RIA News post your source. 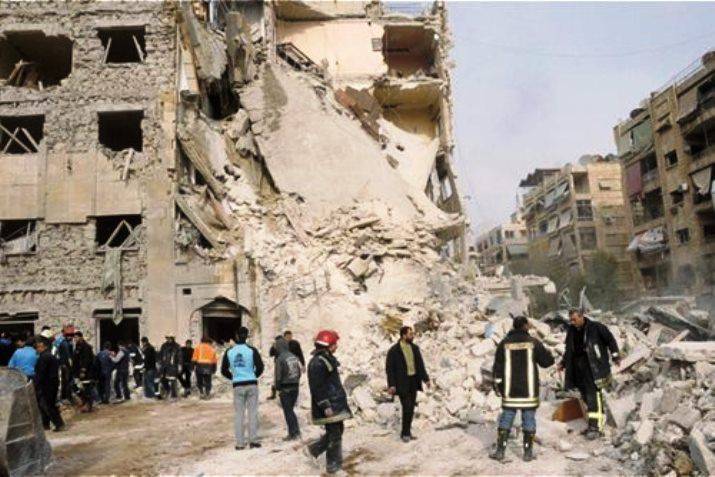 “December 24 arrived 18 buses, engineering troops and UN representatives,” said the source. - The task of military engineers to take from the militants of the IG and "Nusry" heavy weapons. Militants surrendered weapon, together with their families, they will be taken to Bir al-Kasab in the eastern suburb of Damascus. ”

He also noted that "Al-Hajr al-Awaad will fully come under the control of the army if the withdrawal of the militants is successful."

According to the source, at the moment "more than 3,5 thousand people (militants and their families) have agreed to leave the southern suburb of Damascus."

He recalled that the whole plan is to relocate the order "5 thousands of militants with their families." Most of them will go to Rakka, the self-proclaimed capital DAISH.

Ctrl Enter
Noticed oshЫbku Highlight text and press. Ctrl + Enter
We are
Syrian media: ISIS and Jebhat al-Nusra will leave the southern suburbs of Damascus for 3 daysThe UN is waiting for the beginning of the resettlement of families of militants DAISH from Yarmuk camp to the city of Ar-Raqqah
Military Reviewin Yandex News
Military Reviewin Google News
48 comments
Information
Dear reader, to leave comments on the publication, you must sign in.