In Syria, the legendary Russian weapons that destroyed hundreds of tanks are still used. 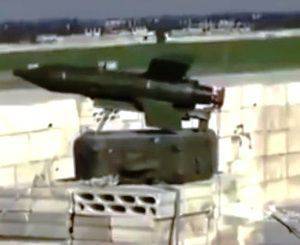 This complex for many years inspired genuine fear on the tankers of the whole world. Still: in the wars that occurred on our planet in the last fifty years, this weapons destroyed thousands of armored vehicles. It's about the famous "Baby". Currently, these anti-tank missiles are used by the opposing sides in Syria.


Anti-tank missile systems (ATGM) "Baby" began to enter service in the 1963 year. In total, more than 300 thousand missiles were fired. It was reported that their cost price during production was only 500 rubles per unit.

Syrian troops were among the first recipients among the countries outside the Warsaw Pact. And, although it is believed that the baptism of these weapons took place in Vietnam, the most massive use of them took place during the 1973 war of the year. By this time, there were specialized anti-tank units armed with these complexes in the Syrian units.

The "little ones" were an unpleasant surprise for the Israeli tankers, they easily hit both the American M-48 and M-60, as well as the modernized Centurions. In total, according to various sources, from 800 to 1000 Israeli were disabled on the Syrian and Egyptian fronts tanks, about half of them - on the account of "Baby". In the tank museum in Kubinka there is an Israeli M-60, the tower of which was pierced by such a missile.
By the way, after this war, Israel, which seized a large number of these anti-tank complexes, adopted them.
After the battles of 1973, "Baby" was used in the wars in Angola and Mozambique, during the conflict of Ethiopia and Somalia. Not without this complex in Kampuchea, and during the border conflict between China and Vietnam.

Iran and Iraq, fighting against each other, also actively used “Babies” in bloody battles. The Iraqi army used these complexes in 1991 and 2003.

Production of these missiles was established in the former Yugoslavia. Not surprisingly, during the civil war, the Yugoslav versions of these weapons were from the opposing sides.

The territory of the former Soviet Union also did not go without these anti-tank systems. On their account - the war in Nagorno-Karabakh, the events in the Donbas. 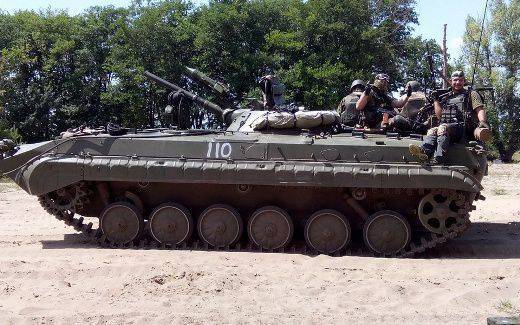 BMP-1 Ukrainian army with ATGM "Baby"
During the new war in Lebanon in 2006, with the help of the “Babies”, Hezbollah fighters successfully hunted for Israeli infantry.
There are two versions of "Baby": with a manual and semi-automatic control system. The rocket itself is quite compact, its length is just 86 cm. And the weight, depending on the modification, is slightly less or more than 11 kg.

The Syrian army used this controlled anti-tank weapon during the civil war in Lebanon. True, basically, not to defeat armored vehicles, which the forces opposing the Syrians had relatively little, but to destroy fortified strongholds and other structures.

In the course of repelling the Israeli invasion of Lebanon 1982 of the year, the use of the “Tiny” was not so successful, since the enemy’s tanks received dynamic protection, which the monoblock combat unit of these missiles could no longer overcome.

In the course of the civil war in Syria, the opposing sides also began to use the ATGM data. Moreover, the storage period of these missiles has long expired, but they are still usable. According to some reports, the militants received part of such anti-tank systems from the countries of the former Yugoslavia and the states that were part of the Warsaw Pact.

Of course, it is very difficult to hit the “Baby” tank equipped with dynamic protection, but it is quite possible to disable the T-55, T-62 or BMP-1 from the opposing sides. In addition, this rocket can destroy sniper nests, fortified positions and other targets. Given that the Syrians, thanks to the help of the USSR, have accumulated thousands of such missiles, we will receive information about their use for a long time.

Ctrl Enter
Noticed a mistake Highlight text and press. Ctrl + Enter
We are
The history of the development of ATGMHistory of anti-tank weapons - ATGM
37 comments
Information
Dear reader, to leave comments on the publication, you must to register.