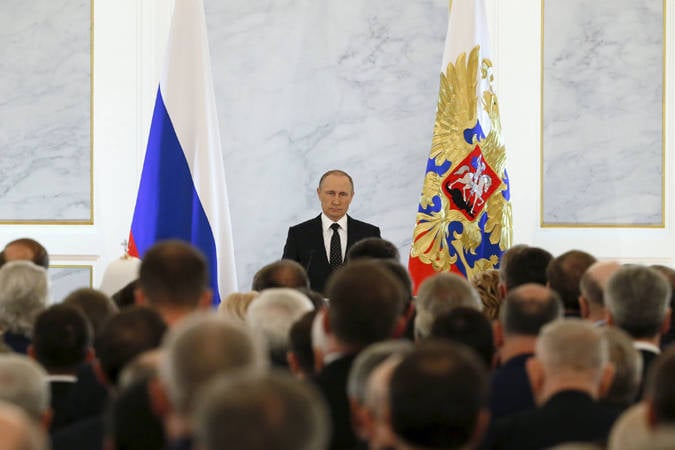 In 2015, Russia entered the burden of confrontation with Ukraine and with Western countries supporting Kiev. The hostility of the West was expressed in sensitive Western economic sanctions to which Moscow was subjected, but a more negative factor for the latter was the sharp fall in oil prices on world markets in the second half of 2014, which also exposed the structural problems of the Russian economy. In aggregate, all this led to the almost double devaluation of the Russian ruble in the winter of 2014 / 15 of the year and to Russia's entry into the economic recession.

However, a year later, it became obvious that, in economic terms, Russia experienced what had happened better than many had expected. The economic downturn was shallow and quickly stabilized, there was no serious financial and banking crisis, and a number of manufacturing sectors received even positive impulses from currency devaluation and mutual restrictions on the supply of products between Russia and the West — which led to export growth and import substitution in some segments.

During 2015, one of the main tasks of Russian President Vladimir Putin was to strive for the “liquidation” of the Ukrainian crisis on relatively favorable conditions for Moscow in order to normalize relations with the West. At the beginning of the year in the east of Ukraine, pro-Russian rebels were able to inflict sensitive defeats on Ukrainians in the areas of Donetsk Airport and Debaltseve, which forced Kiev to sign the second Minsk Peace Agreement in February 2015 and led to a certain detente in this region for most of 2015.

Economic problems, including due to their moderation, had practically no effect on Russia's military spending, which in the 2015 year was maintained within the specified limits, and the 2016 year was approved only with the smallest nominal reduction. This led to the fact that the ambitious Russian armaments program was carried out without significant disruptions, and the problems encountered in a number of sectors (primarily in shipbuilding) were caused by the cessation of deliveries of certain types of engines and components from Ukraine or from the West, which forced them to look for a replacement market or in China. A golden rain of state military orders continues to pour into the Russian defense industry, and the level of defense exports remains steadily high.

In the field of military construction, Minister of Defense Sergey Shoigu continued, on the one hand, the practice of building up intensive exercises and sudden “checks” of deployment, and on the other hand, he began a line to increase the number of conventional forces. The deployment of a number of new units of the Ground Forces and the Air Force began, and a large-scale program for doubling the elite Airborne Forces was announced. The Air Force was reorganized into the Aerospace Forces in order to enhance the integration of actions aviation, Air defense, missile defense and space capabilities.

Given the current problems with manning, the deployment of new forces is a serious challenge to the manning and combat readiness of the units.

At the same time, the demonstrative anti-Russian intensification of NATO military activity in Eastern Europe has so far not significantly affected Russian military construction. This suggests that Moscow does not believe in the possibility of a serious military confrontation with the West, and the parrying of the western military threat is increasingly placing on strategic nuclear forces that make senseless any buildup of conventional forces in Europe. In fact, Russia is gradually tacitly turning to a kind of analogue of the American doctrine of “massive retaliation” of 1950 – 1960's, which in the future could lead to a further strengthening of the nuclear factor in Russian strategic planning.

In the context of Putin’s striving to achieve a broad settlement with the West, the unprecedented Russian military operation in Syria launched in September should be assessed. This was the first case of Russian serious military intervention outside the former USSR in the post-Soviet period. The Syrian campaign is accompanied by widespread propaganda and demonstration of the increased military-technological capabilities of Russia, such as the use of ship-based and air-launched cruise missiles, precision bombs and UAVs.

At the same time, it is not clear whether the intervention in Syria will bring about the desired results for Moscow, both in the form of stabilizing the position of the Bashar al-Assad regime and weakening the Islamic State, and in the form of restoring at least partial partnership with the West from "strong" positions for Russia. So far, the Russian military campaign has not led to significant military results and, at the same time, has further complicated Moscow’s relations with both the United States and a number of regional players, primarily with Turkey.

The confusion of the Syrian situation is exacerbated for Moscow by the continuation of increasing confrontation with Ukraine. Kiev openly sabotages the Minsk Agreements and is more interested in forcing escalation in the Donbass, setting fairly transparent goals to maximize the internationalization of the conflict in order to increase Western pressure on Russia.

Thus, in 2016, Moscow faces the prospect of exacerbating crises on two fronts at once. In both cases, Putin’s task will be to tread a fine line between protecting Russian interests and preventing further intensification of confrontation with the West.