The new "miss" of the aircraft of the American coalition. Killed around 30 Iraqi troops

December 18 2015
116
The head of the parliamentary committee for the defense of Iraq, Hakim az-Zamli, said that the strike inflicted by the planes of the so-called American coalition led to the death of Iraqi military personnel by 30. We are talking about striking the positions of the 55 th brigade of the armed forces of Iraq. Hakim az-Zamli says that as a result of an aerial bomb hit of at least 20, the Iraqi military were injured.


RIA News cites a fragment of the statement of the Iraqi parliamentarian:
30 soldiers of the 55th brigade of the Iraqi army were killed and 20 wounded after an American air strike aviation in the city of al-Naimiya in the province of Fallujah. 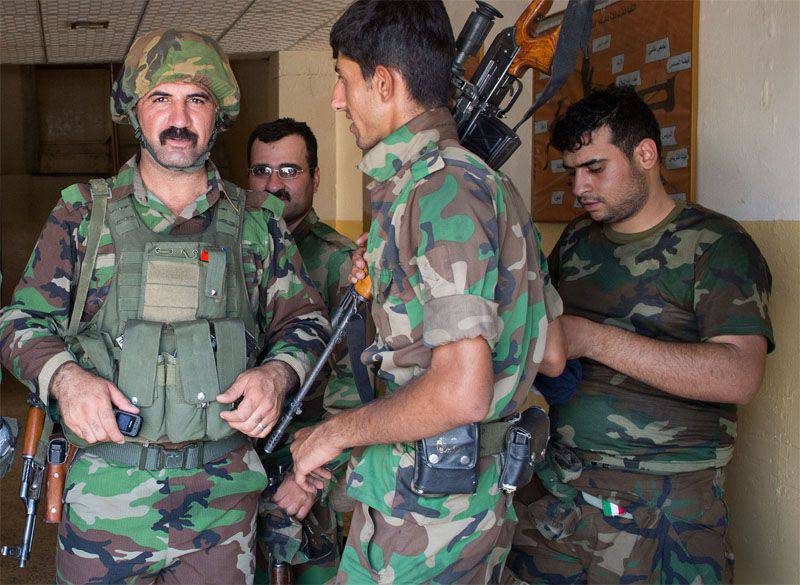 It is noteworthy that the fighters of the Iraqi 55 brigade have recently achieved significant success in the fight against the militants of the so-called "Islamic State". Iraqi soldiers managed to take control of several localities in the province of Fallujah, as well as to knock out terrorists from several oil production facilities. The actions of the Iraqi army are carried out in close contact with the staff of the coordination center in Baghdad, which also includes military personnel of the Russian Armed Forces.

In this regard, the next “miss” of the coalition headed by the United States, becomes a regularity. The pattern is that the planes of this coalition obviously deliberately miss the targets and positions of the militants and attack the units of the Syrian and Iraqi army, who are engaged in an implacable fight with the militants DAISH (ISIS).

Ctrl Enter
Noticed oshЫbku Highlight text and press. Ctrl + Enter
We are
Reports from the militia of New Russia for 20-21 September 2014 of the year
Military Reviewin Yandex News
Military Reviewin Google News
116 comments
Information
Dear reader, to leave comments on the publication, you must to register.