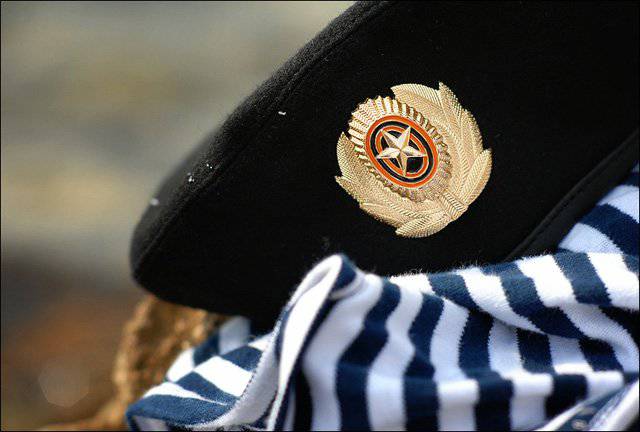 November 27 marines in the fountains do not bathe, despite the official birthday of "sea soldiers." Probably why very few people know about this holiday (unlike the birthday of the Airborne Forces). However, even fewer people know that the Russian Marines were born three times.

In Russia, the Marine Corps appeared along with fleet - The first team of "sea soldiers" was created in 1698 by Peter I from the crew of the ship "Eagle". However, it is officially believed that the Marines appeared in Russia after Peter ordered "to establish regiments of naval soldiers" on November 27, 1705. In any case, the Russian marines have existed for more than three centuries. 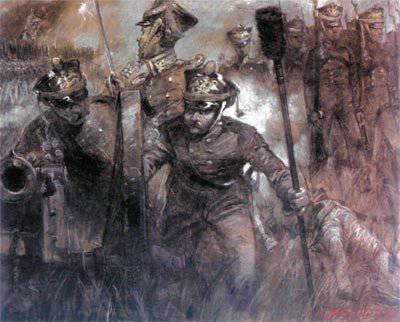 Russian marines along with the fleet almost the entire XVIII and XIX century, fought almost continuously. They took part in hostilities on the Black, Baltic, Mediterranean, White, Adriatic and other seas. The structure of the Marine Corps has also been improved, for example, the Marine Guards Crew appeared in 1810 year. The tasks, among other things, included participation in the landing of a naval landing. However, the Guards crew actively participated in wars on land, for example, during the 1812-1814 companies, its fighters were among the first to enter Paris, in the Crimean War they actively defended Sevastopol, fought in the Russian-Turkish and World War I.

After the revolution, the marines were "forgotten", and only in 1939 was it decided to revive this branch of service. In 1941-1945 a large number of marine infantry brigades appeared, the total number of which was half a million people. In some cases, the need for sailors removed from the ships to participate in land battles. However, later the marines were increasingly undergoing special training, which allowed them to capture and hold bridgeheads on the shores occupied by the enemy. At the end of the Second World War, among the marines, assault units even formed, which participated in the storming of Koenigsberg, Breslau, the seizure of Riga and Pechenga, the seizure of the Kuriles, and also the landing in the Korean ports. 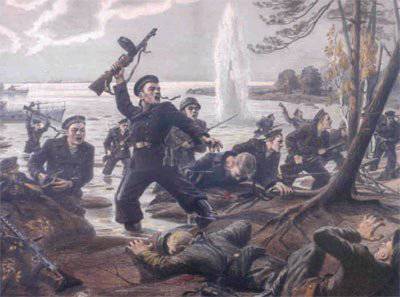 Marines in the USSR to the sixties again left! Today it is difficult to name the reasons for this. However, the marines of the main potential enemy (United States of America) numbered 200 thousand fighters, similar units were in the service in the armies of other states. In this regard, in 1963, the country's leadership decided to recreate the marines. The first such unit, the Belostok Guards Regiment, appeared on July 7 1963, others were later formed. Soviet marines always showed themselves in places where the situation was tense. Marines of the Russian army showed their best side.

After the third birth of the Marine Corps - in the sixties of the twentieth century - it received weapons from land units, which include the main Tanks and armored personnel carriers. However, a different technique was needed for landing, and it was created.

Military equipment, which is in service with the Marine Corps, today is almost all floating. She is able to land at a distance of 4 kilometers from the coast during a storm up to 5 points and continue driving under its own power. This applies, for example, to the T-72 tanks and the self-propelled Nona-SVK and BMP-3F. 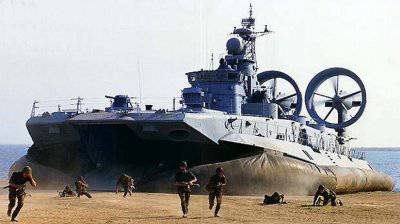 Amphibious ships land personnel from the water or off the coast - with an emphasis on the ground. The BDK (large landing ships) of the 775, 1171 and 1174 projects were capable, simply by opening the nasal flaps, to release a large number of floating equipment: self-propelled ferries, armored personnel carriers and tanks. If the conditions allowed to approach the shore, feed was heated and a ramp was lowered, after which artillery and tanks landed on land. The 775 project ship could carry a reinforced company with 12 units of armored vehicles. Larger ships — the 1171 and 1174 projects — are capable of taking on a reinforced marines battalion and 40 and 80 armored vehicles, respectively.

75% of sea coasts for landing made available special pride of this kind of troops - the hovercraft "Moray" and "Kalmar". A bit later, the Bison appeared, having a displacement of 550 tons, capable of transporting 63 marines and 1500 tanks at speeds up to 4 nodes. In addition to these floating "monsters" have been developed and in their own way unique samples weapons.

If necessary, the Marines and all the equipment necessary for them can arrive by air, not by sea: for this they have the Mi-8, Mi-24, Mi-26 in service.

The modern battalion of marines can be compared with a full-fledged regiment, only in miniature: it has a mortar platoon, a division of self-propelled artillery installations, a division of sappers and communications. But even despite all the weapons, the main and valuable combat unit of the unit, as well as three centuries ago, remains a marine. What is special about the Marine? According to Lieutenant Colonel Igor Borisevich: “The Marine should be ready to fight in any of the three environments — on land, at sea, and in the air.” To emphasize the individuality of this kind of troops, a separate uniform was created for the marines: black beret, black sweatshirts, naval vest, straight cut trousers and tarpaulin boots. Despite the fact that the fleet always disliked the boots - the naval soldiers called them “boots” - in the case of marines the sailors had to accept. 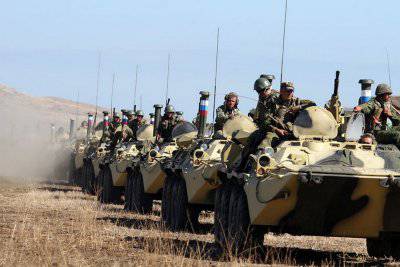 The total number of Russian marines does not exceed 12500 people. Each fleet, including the Caspian Flotilla, has its own compound of marines.

The main task of the Russian marines, as before, remained the landing in a given territory and the preparation of a bridgehead to the approach of the main forces.

Interestingly, marines from other countries often specialize in other tasks. For example, the United States marines are proud of the fact that one of their main "skates" is the conduct of hostilities in human settlements. It is worth saying that similar tasks are perfectly carried out by Russian “naval soldiers” who, for example, during the “first Chechen” took an active part in the storming of Grozny.

For Russian marines, individual training of fighters is important, as well as their complete interchangeability. This is largely due to the fact that the landing of the amphibious assault forces could be a battle for the landing. Very much depends on the outcome of such a battle. Therefore, today the Marines are rightfully considered the elite.

Also important is the psychological preparation. Perhaps, this is the most important thing for the Marine, as they often get into difficult situations.

Marines far from the seas

Few people know about the exploits of the Marines in the battles for Stalingrad. For example, Vasily Zaitsev, a sniper, was a Pacific Fleet Marine, a foreman of the first article. He personally destroyed the 242 fascist, and the soldiers trained by him were able to destroy the 1106 soldiers and officers of the enemy. The German command for the destruction of Zaitsev was taken to Stalingrad, the head of the Berlin school of snipers, Major Konings. However, after four days, Zaitsev took the major's fly.