The true causes of the attack on the Su-24


More than a week passed after an unexpected attack on the Russian Su-24 bomber of the Turkish F-16 fighter. During this time, the attention of the world community was successfully switched from clarifying the causes of the incident to a fascinating, but rather minor, discussion of the consequences of the break in Russian-Turkish relations.

Meanwhile, information from the Syrian Kurds makes it possible to see the whole picture. 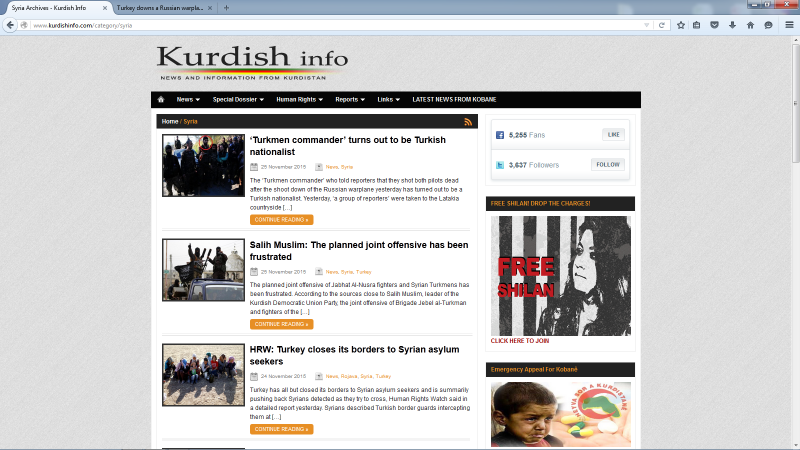 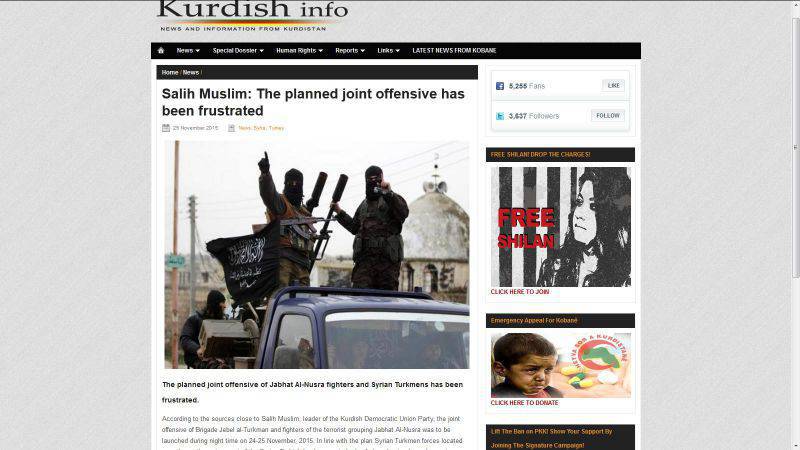 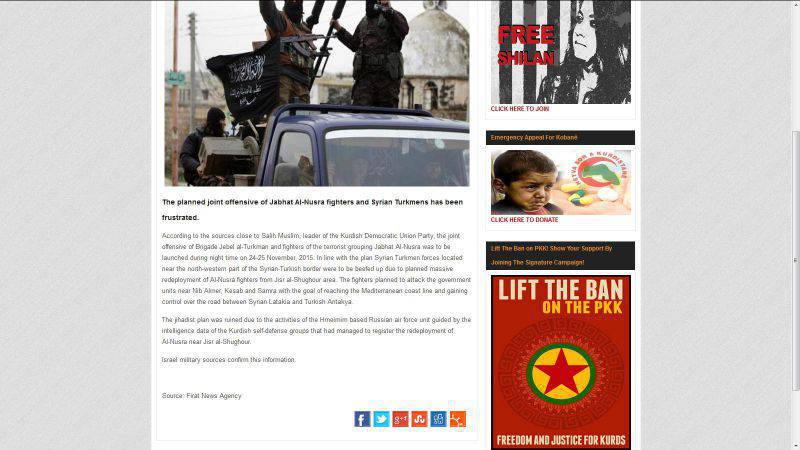 The plan of joint offensive of the Jabhat al-Nusra militants and the Syrian Turkmen has been foiled.

According to sources close to the leader of the Kurdish Democratic Union party Salih Muslim, on the night from 24 to 25 in November 2015, a joint offensive of the Jebel Al-Turkman Brigade and militants of the Jabhat al-Nusra terrorist group, which planned the transfer of their units from Jisr al-Shugur to the Syrian Turkmen region near the north-western part of the Syrian-Turkish border. The militants' further plans were to attack the government forces in the Nib Almera, Kessab and Samra regions in order to reach the Mediterranean coast and gain control over the highway connecting Syrian Lattakia with the Turkish Antakya.

Thanks to the actions of the Russian air group from the Khmeimim airbase, based on the intelligence of the Kurdish self-defense detachments that tracked the movement of the Jabhat al-Nusra units from Jisr al-Shugur, the plans of the jihadists were thwarted.

This information is confirmed by Israeli military sources.

It turns out, thanks to the actions of the Russian aviation the plan of the joint offensive of the Jabhat al-Nusra and the Jebel al-Turkman Brigades against government forces in the Nib Almera, Kessab and Samra regions, which was supposed to begin on the night of November 24-25, 2015, in order to gain control over the highway, was foiled connecting Syrian Latakia and Turkish Antakya.

Clearly, the movement of militant units, according to the Kurds, was as follows: 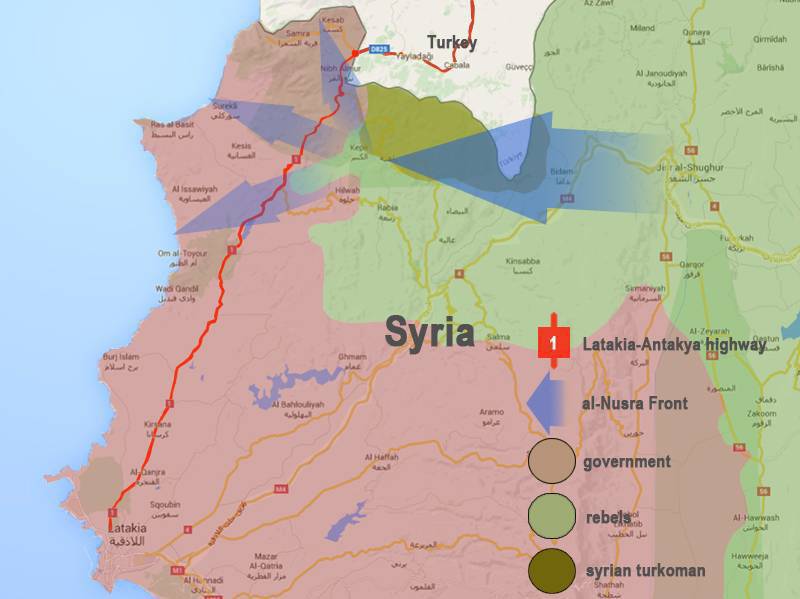 Now compare this map with the flight map of the Russian bomber. 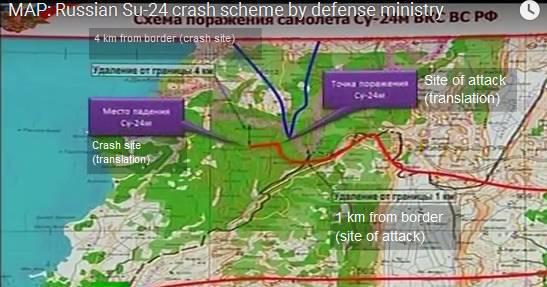 It can be seen that Russian aviation worked precisely in the area of ​​attack, which in the long term threatened the loss of control of government troops over the strategic route, which is crucial for terrorist groups, given that all other significant transport routes connecting them with Turkey are under the control of the Kurds.

Ctrl Enter
Noticed oshЫbku Highlight text and press. Ctrl + Enter
We are
Kurdish question in modern SyriaOleg Valetsky about the wars in the Balkans, their causes and Russian volunteers
Military Reviewin Yandex News
Military Reviewin Google News
37 comments
Information
Dear reader, to leave comments on the publication, you must to register.