The modern arsenal of anti-torpedo protection (PTZ), which traditionally included hydroacoustic countermeasures (SGPD), in Russia and the United States has been supplemented in recent years by anti-torpedoes. Along with this, in the West, a new promising direction of PTZ has emerged - an active defeat of torpedoes with supercavitating ammunition at the near line of defense.

However, so far there are no such means in service in the completed form in any Navy and their real effectiveness has not been confirmed in practice.

In the current situation, the apparent superiority of new torpedoes over the anti-torpedo weapons an extremely important role is played by active means of PTZ, ensuring the destruction of the attacking torpedo. 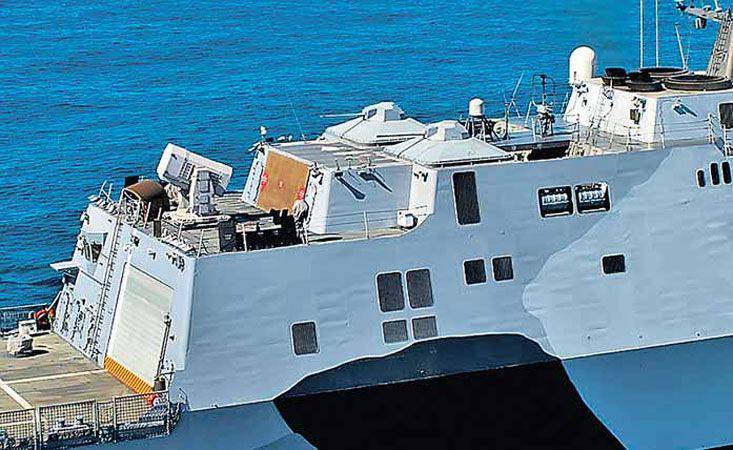 For the first time in the world, actual anti-torpedo targeting of attacking torpedoes took place in July 1998 of the year at the Theodosia Navy range.

In the future, the results of these successful works formed the basis of the active means of the PTZ Lasta and Package. From the beginning of the 2000-s, the Package-E / NK complex was presented for export. “Lasta” was first declared at the Army-2015 forum as part of the strategic missile submarine (RPLSN) armament of the 955A project.

It is necessary to emphasize two fundamental points. The first is that since the Feodosia tests of 1998, the technical feasibility of the effective destruction of the torpedo by the anti-torpedo is beyond doubt. And the second - technically, target targeting problems for anti-torpedoes have been absent at least since the creation of the Polynom-AT hydroacoustic station (mid-80-s).

Both of these points are important, especially given the very difficult stories anti-torpedo on our navy - with a brilliant start of work and their painful continuation on the way to production. I emphasize that this was not due to supposedly technical problems, but had purely organizational reasons, up to deliberate sabotage of work and attempts to remove anti-torpedoes from the arsenals of ships and replace them with other products. And despite the fact that technically and tactically there is no substitute for anti-torpedoes in their tactical niche.

This does not deny the high complexity of solving the problem of active anti-torpedo protection. For example, the development of active means of PTZ - anti-torpedoes "Sispider" by the firm "Atlas Electronics" (Germany) actually ended in failure. The reasons for this are clear, but their consideration is not the topic of the article.

The most successful of the Western anti-torpedo designs were the US Navy's R & D, which ended in June 2014 with an impressive demonstration of the real solution to protecting the newest aircraft carrier George Bush from Mk48 torpedoes by anti-torpedoes Tripwire. However, with all its excellent performance in speed, range and compactness, the Tripwayr carries a very small warhead, and the layout chosen by the developers significantly limits the maneuverability of the torpedo.

Taking into account these circumstances, work on the creation of small supercavitating projectiles, providing both the solution of the tasks of mine defense and anti-torpedo defense of surface ships, has intensified in a number of European countries and the USA.

At the same time, in the documents of the US Navy, the latter is clearly not indicated, despite the fact that the published photos of the ships with high probability indicate the installation of active PTZ complexes with supercavitating ammunition on them.

Clear evidence of this is the widespread introduction of artillery mounts developed on the basis of the M242 Bushmaster AU Mk38 to the US Navy's NK, up to a rather unexpected decision to replace the 57-mm gun mount with the 30-mm Mk38 on the newest EM URO Zumvolt.

Officially, these artillery installations are placed for antiterrorist purposes, but they have selective ammunition. The US Navy is armed with supercavitating ammunition, and the design features of the placement (provision of the necessary firing sectors and angles of incidence) of artillery installations clearly indicate that they, among others, are solving the PTZ task.

Thus, today it is possible with high probability to assert that the US Navy has new active weapons on the basis of small-caliber artillery mounts with supercavitating ammunition.

In contrast to us, in a number of western countries, R & D on supercavitation focused on the creation of small-caliber products and ammunition, providing movement in supercavitation at great depths, maneuvering on the trajectory and the possibility of using CLO.

Despite the fact that the development of supercavitating products with homing systems has not reached the level of OCD, in the West today, great progress has been made in terms of creating supercavitating shots for small arms and artillery installations.

Due to the fact that the subject of military issues of the use of supercavitation is largely closed, it is impossible to provide a comprehensive picture of R & D on the basis of open data. In this regard, it is advisable to focus on the most significant facts and events.

The US Navy has officially announced the adoption and serial supply of supercavitating 30-mm projectiles for the mine action system RAMICS, designed to hit from a helicopter with a laser search system and target designation of mines at a shallow depth.

The development of the Mk258 mod.1 projectile has been carried out by the SIC of the US Navy surface systems since the beginning of the 90-s. The special design of the projectile ensures ignition of the charge of the mine and its burning out without an explosion. However, the projectile has a very limited underwater section (up to 24 m), which significantly limits the possibility of hitting targets at depth and distance.

The most interesting data on the subject of promising R & D on supercavitation was first published by DSG (Norway) at the NDIA conference in 2011. Their essential feature is the fact that two-medium ammunition is presented, which with high efficiency can be used not only in water or air, but also across the border of media.

It's time for us to harness oneself

In this case, the line of damage is the distance of the order of 150 – 200 meters, that is, the PTZ near zone. With this in mind, supercavitating munitions are not able to replace anti-torpedoes (with an order of magnitude greater travel range), but provide a significant increase in the probability of solving the PTZ problem, especially against multi-torpedo shots and in difficult conditions.

Based on the above, a number of conclusions can be formulated.

Small supercavitating projectiles are promising ammunition not only for PTZ tasks, but also for a number of others. This direction of the development of weapons and military equipment must also be dealt with by us. A small-sized artillery installation with supercavitating projectiles would be very appropriate not only for the TFR of the 11356 project, which do not have the “Package” complex, but also on the 22350 frigates and corvettes of the 20380 project.

The sharp increase in recent years of active PTZ sharply raises the question of improving torpedoes in terms of how to ensure the implementation of special "anti-ticking" maneuvers near the target, and ensuring the possibility of a synchronized group attack of the target.