DAN: Ukrainian nationalists fired at settlements in the Gorlovka area, as well as the positions of the Ukrainian Armed Forces 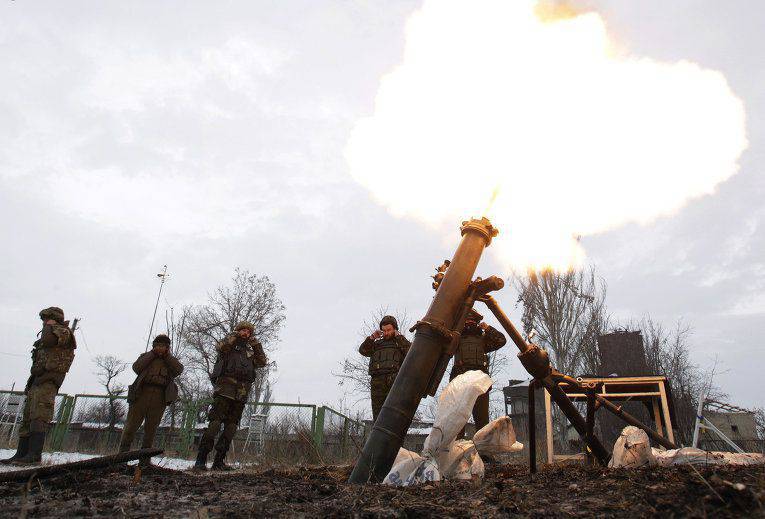 “In 20: 10, Ukrainian security forces opened fire on the villages of the Gagarin, Zheleznaya Balka, Shirokaya Balka and Ozerianovka mine,” a source in the DPR Defense Ministry told the agency.

"The enemy conducts shelling from positions in the area of ​​the village of Novgorodskoye, using 120 mm caliber mortars, anti-aircraft guns, infantry fighting vehicles, grenade launchers and small arms weapon- said the source. “At least ten minutes have been fired on settlements.”

In addition, he told the publication that intelligence registered shelling by security forces of their own positions north of Gorlovka.

“About an hour ago, the Ukrainian security forces opened fire on their own positions, which are located in the area of ​​the settlement of Bakhmutka,” said a source.

According to the representative of the Ministry of Defense of the DPR, "the Kiev side repeatedly bombarded its own territories with the aim of further accusing the militia of disrupting the Minsk agreements."

In turn, the press center of the ATO announced an increase in the number of attacks on the positions of the Armed Forces of Ukraine on the part of the militia.

“The enemy is increasing the number of provocative and targeted attacks in the areas of Verkhne-Toretsky and Sokolnikov. As well as attacks from small arms positions and settlements. This is done with the aim of provoking a return fire from the Ukrainian armed forces before the next meeting of the tripartite working group 8-10 of December 2015 of the year, ”the press center said in a release.