The Tsar's gift to Poland - at the expense of Russia: the lessons of pacification 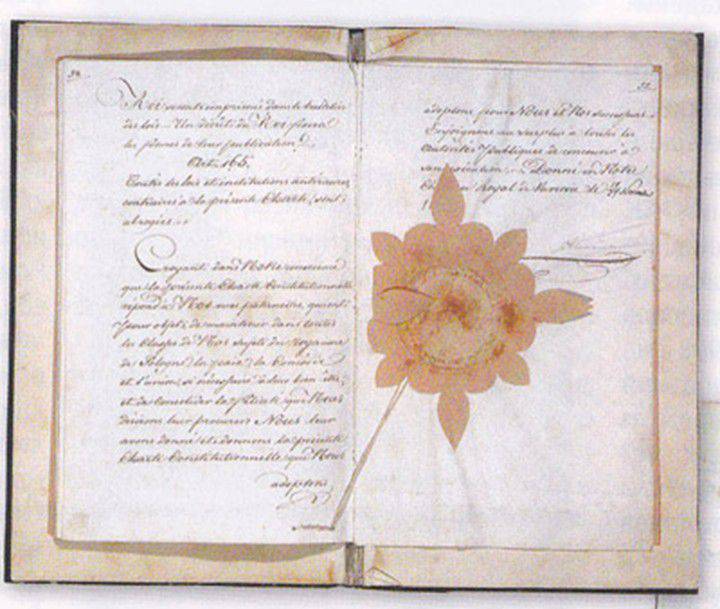 Two hundred years ago, Alexander I granted the Poles the Constitution

Historians know very well: when at the end of the 18th century Prussia, Austria and Russia divided Poland into three receptions, the actual Polish lands went to Prussia and Austria, and Russia only the lands of the former Grand Duchy of Lithuania and Russia, which were formerly subordinated to Poland in the course of multi-hundred expansion.

Russia annexed the land, where the Polish was only the gentry, and the absolute majority of the people who were in her slave dependency, was the basis on which the ethnic groups of Lithuanians, Belarusians and Ukrainians soon formed.

But until very recently in historical mythology of Poland, these lands now independent of Lithuania, Belarus and Ukraine from Russia demanded "return", and their own development - "cancel"

The tsarist government in Russia — regardless of the stigma now-liberal on Alexander the First or protective on Nicholas the First — for a long time went towards the imperialist sentiments of the Polish gentry, allowing it, even as part of Russia, to preserve its almost all western part of Russia The “inner empire” is a confessional, linguistic, educational, economic, legal, political monopoly - and a powerful lobby in St. Petersburg.

Russia made concessions. Poland demanded more - not only independence, but also the restoration of the Polish Empire of the Commonwealth at the expense of Russia, at the expense of those whom it continued to consider inside Russia as its slaves.

Learn, ignorant parquet "pacifier"! Do not give your people into slavery. Do not trade that is not created by you and conquered!

November 27 marks two hundred years since Alexander I signed the Constitution of the Kingdom of Poland - the very first constitutional act of Russia and, perhaps, the most progressive constitutional charter in Europe at that time. At the same time, a modern political aphorism fits the Polish constitution of 1815 - “We wanted the best, but it turned out as always.”

So, Poland, having sworn allegiance to Napoleon, after his defeat, naturally turned out to be a hostage of a big geopolitical game. The Grand Duchy of Warsaw, which was rotten by the French protectorate at that time, was claimed by all members of the anti-Napoleonic coalition: Prussia in the north, Austria in the south, and Russia.

I deliberately do not focus on the "Polish share" for Russia, because, unlike the allies, who simply dissolved the Polish outskirts, Moscow made more subtle and at the same time ambitious plans.

“I hope to bring about the rebirth of your brave and respectable people,” Alexander I wrote in those years to the elderly Tadeusz Kosciuszko, who had not so long ago fought with Russia for Polish independence. - I took on this sacred duty. A little more, and the Poles, through prudent policies, will regain their homeland and name. ”

The fact remains that the Russian tsar decided on an experiment to create a prototype of a federal state. He created the autonomous Kingdom of Poland, "united with the Russian Empire."

Reading today the constitution 200-year-old, you catch yourself thinking how far the charter was advanced for the Poles. Napoleon, who promised the pans the restoration of statehood in the event of a victory over Russia, as they say, did not stand nearby.

So, the constitution of Alexander I:

♦ maintained the armed forces of Poland, whose numbers were not limited, but depended on the state budget revenues;

♦ established the Sejm with people's representation “for all time”;

♦ recognized Catholicism as the national religion of the Kingdom of Poland;

♦ consolidated Polish as a state language;

♦ granted the exclusive right to the Poles to hold state and other positions;

♦ ensured in Poland freedom of the press, personality, property.

As for the elections to the Sejm, here the constitution of the Kingdom of Poland was too revolutionary. The document declared an electoral system based on broad direct elections due to the moderate electoral qualifications.

Already in 1820, up to 100 thousands of voters participated in the elections to the “ambassadorial hut” with a population of 3,5 million. For comparison: in the then France with 26 million people no more than 80 thousand voters participated in the elections. And in even more “advanced” England, 75% of the members of the House of Commons were simply appointed by the big capitalists.

After such a royal gift, the Poles everywhere rejoiced. Even yesterday's troublemaker Kostyushko wrote to Alexander I that “I will preserve the feeling of just gratitude to the sovereign for his death for resurrecting the name of Poland” (two years later “Polish Lafayette” died, remaining true to the Russian Tsar).

Why did the 15 years later with Poland’s constitution and “liberal values” end? In this regard, in Polish journalism there are a lot of opinions about the tyranny and tyranny of Grand Duke Constantine, who became the viceroy of the Polish tsar (read Alexander I), and the personal imperial commissioner in Warsaw, Nikolai Novosiltsev, to whom modern Poles cannot forgive the arrest of the revolutionary poet Adam Mitskevich. Mickiewicz in his "Jyadah" called Novosiltsev "and the accuser, and the judge, and the executioner").

But let's be frank, the rigidity of the “constitutional monarch” was more likely a consequence than a cause. Apparently, the decisive role in the "closing experiment" was played by the national peculiarity of the Polish people - its historical rebelliousness.

As the 19th century French historian Ernest Laviss wrote, “they [the Poles] did not give up the idea of ​​getting back parts of their territory ceded to Austria and Prussia, nor the requirement that Alexander I should give them - with the risk of restoring Russian public opinion - Lithuania and Ukrainian provinces that were not Polish, neither by origin, nor by language, nor by religion. ” Nicholas I, who succeeded Alexander I (the first emperor died suddenly in 1825 at the age of 47 years from typhus), who called his brother just as "benefactor of Poland", expressed the Poles in the following way: "The generosity was answered by treason."

As a result, after the suppression of the Polish uprising in 1830 − 31. Nicholas I deprived Poland of not only the constitution, but also the army, the parliament and even the administrative-territorial division (the provinces became provinces). From Suwalki to Kielce was stationed the army of Ivan Paskevich, pacified the Polish insurgency.

Is Russia strong? War and pestilence
And riot, and external storms pressure
She, raging, shook -
Look w: everything is worth it!
And around her unrest fell -
And the fate of Poland is solved ...

After the suppression of the uprising, a bronze casket with the text of the constitution was delivered from Warsaw to Moscow. Emperor Nicholas ordered to put paper at the foot of the portrait of Alexander I in the trophy hall Armory wards, waving goodbye: "The deceased Constitution."

After the October Revolution and the declaration of independence by Poland, the original document was in the hands of the Polish prince and then senator Janusz Radziwill. In 1939, the NKGB, after arresting Radziwill, seized in his estate the constitution of the Kingdom of Poland. So she returned to Moscow.

One more story is connected with the “deceased”, already with the Russian trail. After the adoption of the Polish charter, Tsar Alexander ordered the same Novosiltsev to prepare a draft of the “Russian constitution” (in historiography it is referred to as the State Charter of the Russian Empire).

The charter of the work of Novosiltsev (here you are the suppressor of freedoms) was painfully similar to the Polish constitution with freedom of the press, person, property, etc.

Later, after the suppression of the rebellion in 1830-31, several thousand copies of the “Russian Constitution” were found in Warsaw, which the Polish rebels propagated as propaganda material for Russian officers. Say, read what could have been waiting for you, Alexander I, our benefactor, would be alive. This is purely Polish.

Nicholas I ordered to burn all the "letters", justifying it by the fact that "they will leave ten in our memory for a hundred of our young officers, discuss - and most importantly - will not be forgotten."

... Today, the original constitution of the Kingdom of Poland is kept in the Central State Historical Archive. As already mentioned above, for this 55-page manuscript in French (international at that time) a bronze casket with a Polish “flying” eagle on the cover was specially made.

For experts on emblems, this box is not without interest a five-pointed red star, which is framed by a keyhole. Perhaps this is the first use of the mark in the Russian Empire, a century later becoming the main symbol of Soviet Russia.

And finally, a curious fact. Since the Polish – Lithuanian Commonwealth switched to the Gregorian calendar as early as the 16th century, the text of the Constitution of the Kingdom of Poland used a double - “Julian-Gregorian” - writing the date: 15 / 27 in November 1815 of the year.

Such a form will enter into mandatory use later all the same century - after Lenin issued a decree on the introduction in Russia of "the same time with almost all cultural nations".

Ctrl Enter
Noticed oshЫbku Highlight text and press. Ctrl + Enter
We are
"Iron and Blood": how Prussia defeated AustriaLithuania: a difficult path to and from Russia
22 comments
Information
Dear reader, to leave comments on the publication, you must to register.