Do I need to rename ISIS to Daishe? (Poll)

December 2 2015
175
The second wave of ISIS rebranding in DAISH started the other day in Russia. And again caused strange sensations and emotions. As if it is really beneficial for someone that ISIS will be called something else. The Internet has been overwhelmed with references and citations to religious figures calling for this renaming. 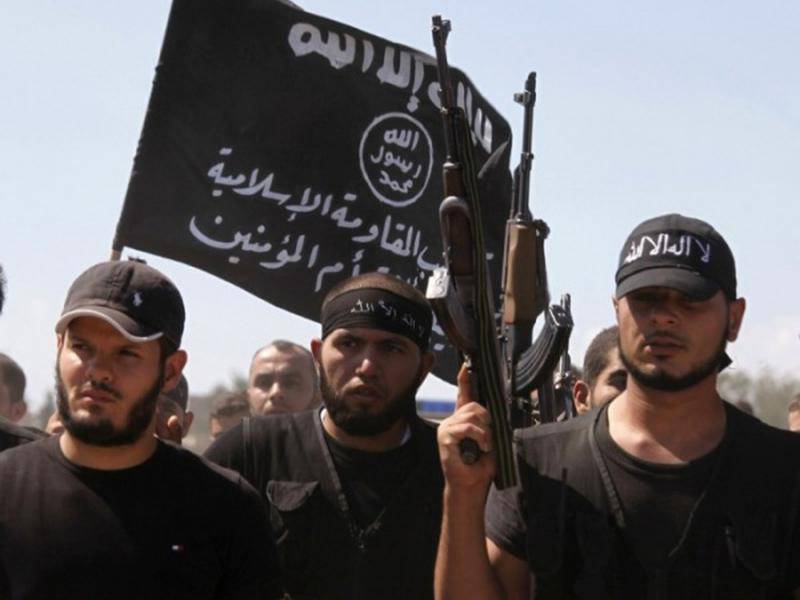 Began to understand where the wind is blowing.

Back in March of this year, the Interreligious Council of Russia at its meeting made a decision on which all Russian media were recommended to abandon the abbreviations IG and ISIS. According to members of the MCP, these abbreviations discredit the concepts of "Islam" and "state".

“We hope that the Russian media agree with our opinion on the inexpediency of disseminating in their information materials the abbreviations IG and ISIL, as well as the phrases“ Islamic State ”and“ Islamic State of Iraq and Levant ”discrediting such important concepts as“ state ”,“ statehood ” , “Islam”, “Islamic”, the statement of the Interreligious Council of Russia said.

Nevertheless, the former name of the group has been preserved in our media.

And now - the second wave.

Many Internet sources cite the first deputy chairman of the Spiritual Administration of Muslims of the Russian Federation, Damir Mukhetdinov.

“Islam cannot be associated with aggression, with negative things. But in the version that we see now - “Islamic State” - this name completely discredits Islam and the concept of “state”. Therefore, speaking of terrorists, we always supplement this name with the words "so-called" or "forbidden organization". When we say DAISH instead of “Islamic State” - thus we do not discredit the very concept of “Islam”. And we do not need to add such phrases as “so-called” and others, ”said Mukhetdinov on the air of Sputnik radio.

I confess I have not heard. But the conclusions made.

We do not discredit anything, calling the terrorists the way they called themselves. Just use the exact wording in Russian.

Then he noticed that RIA "News"has joined this campaign.

The logical question "who benefits" does not even want to ask. Just because everything is clear. So, for the sake of very strange circumstances, now after each abbreviation it will be necessary to write its name in Arabic, then translate and explain that it is one and the same. Beauty, and only!

Tolerance in action. It is obvious that some forces simply lobbied (possibly lobbied) through the Interreligious Council this matter. Why is it possible? Visit the official site of the MCP (http://interreligious.ru) and try to find there a word on this topic.

Apparently, the phrase "Islamic State" is really unpleasant for someone. As some representatives of Islam, crosses on churches in Norway, Christmas trees in Europe and the like are unpleasant. All under the sign of tolerance.

But now I refer to the site of the FSB of Russia.

The list of terrorist organizations prohibited by us has been published there. Here it is: http://www.fsb.ru/fsb/npd/terror.htm.

Nothing bothers anyone? I am confused by several facts.

The question arises: why all these banned organizations do not require an urgent translation into any other language, so as not to offend the feelings of Muslims?

2. In the list I did not see the organization DAISH. The "Islamic state" exists in as many as four interpretations. And DAISH is not. Yes, I agree, in many countries, LIH is called that way. So, as was the case from the very beginning. In Arabic transcription. And we took and translated into Russian. For the Russian person, al-Dawla al-Islamiya al-Iraq al-Sham is, of course, clearer than ISIS.

3. The most important thing. There is such a proverb in Russia: you cannot wash a black dog completely white. Well, we will not call ISIS ISIL, we will call DAISH. What will change from this?

And everything else is from the same opera. Many sources said that allegedly some transcription of Daesh is offensive to ISIS freaks. Funny to be honest. It seems that they watch our channels and read our media. Where can they be hooked and with what? Only a bomb or rocket of a Russian plane and a shell from tank, a bullet from AK made there. This is the thing.

It’s not the name that should distort the true admirers of Allah, but the presence of those who kill him and wipe out cultural monuments from the face of the earth. Not the mention of Islam in the names of terrorist organizations, but the very existence of these gangs, desecrating the very teachings of Islam.

That's what you have to fight. So that in the heads of true believers Muslims do not even creep in the thought of not only joining the ranks of the Iblis warriors, and not giving a sip of water and a piece of bread to the apostate who intends to join their ranks. And curse, as cursed traitors.

The common enemy, for some, is inherently alien, for others it is disguised as a co-religionist. Everyone must fight the way they can. Warrior - weaponsservant of God - prayer and appropriate fatwas. Then there will be a victory, one for all.

And how to call those who simply do not have the right to be called a Muslim is the third case.

However, if our fellow Muslims are really so aggravated by the name "Islamic State", then yes, it’s a sin not to meet them. We decided not to use this term more. We like very much the wording of Ramzan Kadyrov (May Allah bless him and welcome): "The IG is an iblis state."

May peace be above all, our cause is just, victory will be ours!

Ctrl Enter
Noticed oshЫbku Highlight text and press. Ctrl + Enter
We are
Islamic terrorists: the shadow of a criminal organization on world religionPeshmerga: Kurds as a barrier to religious extremism in the Middle East
Military Reviewin Yandex News
Military Reviewin Google News
175 comments
Information
Dear reader, to leave comments on the publication, you must to register.