Syrian Ambassador in Moscow: “We consider any actions of foreign forces in Syria without coordination with official Damascus and outside the coalition with the Russian Federation as acts of aggression”

November 20 2015
47
Syria’s ambassador to the Russian Federation, Riad Haddad, said that the Syrian people welcomed the assistance provided by Russia in the fight against terrorism. At the same time, the head of the Syrian diplomatic mission in the Russian Federation notes that official Damascus will consider any actions of foreign armed forces on its territory as acts of aggression if these actions are not coordinated with the Syrian authorities and are not conducted as part of a coalition with Russia. 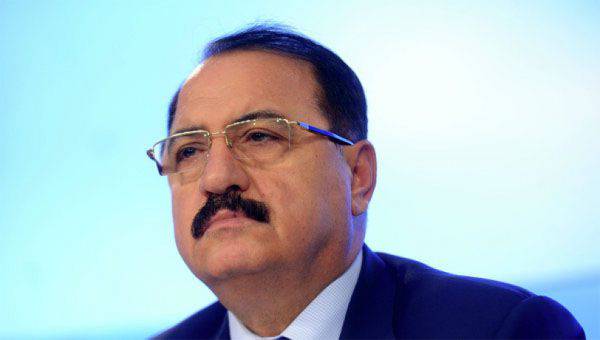 Meanwhile, the Syrian government army and militia backed aviation The Russian Aerospace Forces continues to advance in various provinces of the country. For example, a large number of militants of the so-called “Islamic State” were killed in the province of Suweida, who tried to hide from air strikes and artillery in one of the villages - in the homes of local residents. Precise attacks took the terrorists by surprise at the moment when they tried to move from the settlement of Al-Qasr to the village of Al-Hakf.

According to the news agency SANA, in the town of Erich (Idlib Province) army units destroyed a group of militants from 15 people, in which was one of the leaders of the Idlib cell "Dzhebhat al-Nusra". Prior to the platoon, militants of the terrorist organization “Junud al-Aqsa” were liquidated in the province of Hama. Among those killed was the field commander of the gang.

The Syrian army continues its offensive in the provinces of Aleppo, Lattakia, Damascus and others.

Ctrl Enter
Noticed oshЫbku Highlight text and press. Ctrl + Enter
We are
The Syrian Ambassador spoke about the successes of the Russian Aerospace Forces in the fight against oil smuggling and about the difficulties in resolving the conflict
Military Reviewin Yandex News
Military Reviewin Google News
47 comments
Information
Dear reader, to leave comments on the publication, you must to register.