November 13 2015
38
November 13 in Russia celebrates the Day of the troops of radiation, chemical and biological protection. In the calendar of professional holidays of military personnel this day appeared on the basis of presidential decree number 549 of 31 in May 2006 of the year. Military personnel of RCBZ troops are called upon to solve a wide range of tasks both in wartime and in peacetime. List of tasksfacing the troops of the RCBZ troops are as follows:


detection of nuclear explosions;
carrying out radiation-chemical-biological (RCB) reconnaissance, conducting dosimetry and chemical monitoring;
assessment of the RCB situation after the enemy has applied weapons of mass destruction, destruction (accidents) of radiation, chemically and biologically hazardous objects;
the implementation of special treatment of personnel, weapons, equipment, disinfection areas of terrain and military facilities, as well as disinfection and provision of medical care to victims;
control over changes in the degree of contamination of the area with radioactive products;
inflicting casualties on the enemy using incendiary weapons;
aerosol counteraction to precision weapons and enemy reconnaissance equipment;
the implementation of aerosol (smoke) camouflage of troops and objects;
supplying formations and units with weapons and RCB protection equipment;
repair of weapons and equipment RCB protection;
impact assessment and prediction of a possible RCB situation;
eliminating the consequences of accidents (destruction) at radiation, chemically and biologically hazardous objects;
training of personnel of other arms and civilians in behavior in emergency situations related to RCB pollution; training in handling personal protective equipment. 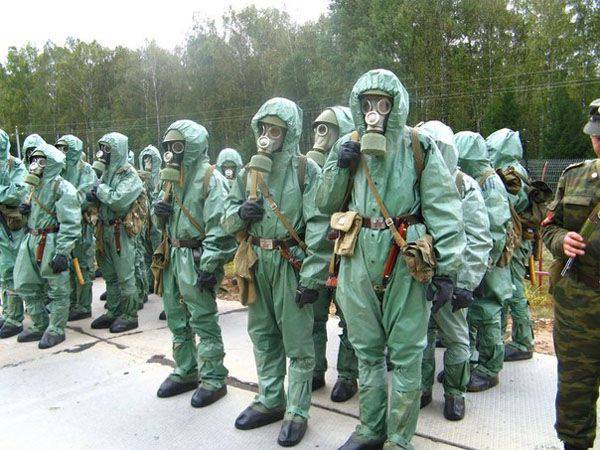 Behind these military-like dry formulations, sometimes truly heroic work is hidden, aimed at preserving the life and health of thousands of people. After all, the use by the enemy of weapons of mass destruction, which is any type of weapon from the composition of the RCB, as well as any man-made disaster at the facility of one of the RCB components, can lead to enormous negative consequences.

One of the largest facilities for the disposal of chemical weapons in Russia is a special object located in the Bryansk region (Pochep city). 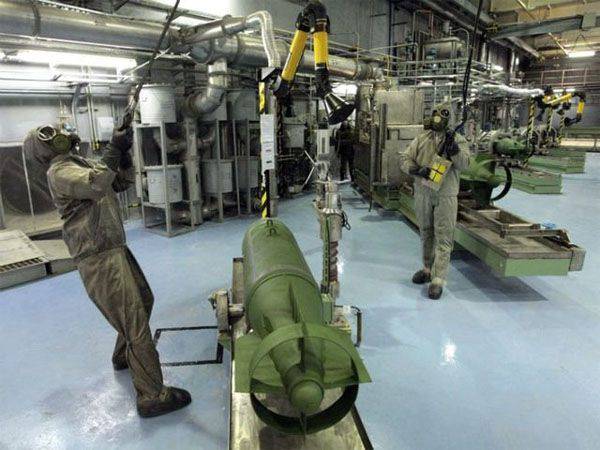 The main profile of the Pochep utilization facility is the process of neutralizing bombs filled with poisonous substances, including soman, sarin, VX, etc. Recycling of ammunition is also carried out, in which chlorine is the main toxic agent. Due to the most serious threat to the life and health of military specialists involved in the disposal of chemical weapons, the entire neutralization process is carried out at special sealed automated stations. In a special chamber, the capsule is dismantled and the poisonous substance is extracted from it, which is transformed into a new low-activity chemical compound without a so-called poisonous component through a series of chemical reactions and physical processes (including thermal neutralization).

Due to the fact that international experts receive reports that militants in Syria use chemical weapons, certain volumes of which are created by them in artisanal conditions, it can be stated that the work of the CW liquidators is not exactly completed. At the same time, there is quite a heated discussion about whether it is necessary to make 100% utilization of the Russian potential of chemical weapons, or, because of the far from cloudless situation in the world, should we abandon the idea of ​​complete chemical disarmament? This question obviously requires balanced approaches to obtaining an unambiguous answer to it. After all, we are talking about weapons of mass destruction. 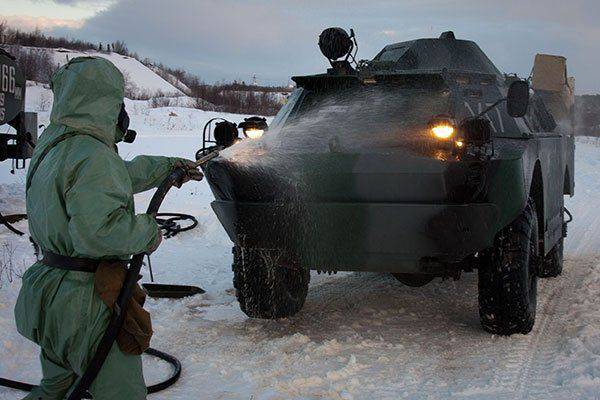 One of the heroic pages, unfortunately, permeated with tragedy, stories RCBZ troops in our country is a page dedicated to the elimination of the consequences of the accident at the Chernobyl nuclear power plant. From the first days, the personnel of the RCBZ troops was directly involved in the activities in the contaminated area after the Chernobyl accident. The servicemen, having a theoretical understanding of the effect of radiation, acted literally at the front line of a fight with an invisible enemy. For obvious reasons, no theoretical preparation can give a complete picture of the danger of radiation.

The soldiers of the RCBZ troops (at that time - the chemical defense troops, or simply "chemists"), finding themselves at the walls of the emergency unit a few days after the disaster, measured the background radiation to draw up a radiation picture, sometimes having only baggy suits, rag masks or gas masks.

The dosimetric indices, expected at a level of several hundred micro roentgen / hour, were often simply “swallowed” by the scale. It turned out that in some areas of the object the level of radiation must be measured far not in micro, but in X-rays, and even in hundreds of X-rays per hour. With such a level of radiation, the dose received in just a few minutes could be an annual “normal”, which led either to death or to a severe radiation sickness affecting organs at the cellular level.

The battle of chemical defense troops with an invisible enemy in Chernobyl was conducted under the leadership of General Vladimir Pikalov, Chief of the Chemical Troops of the USSR Ministry of Defense. He led the troops in 1969, and by 1986, he had a huge management experience. However, in Chernobyl, even such a solid experience did not become decisive, since all the work had to be built from scratch, because it was a challenge of a completely different scale than all those that the troops had to deal with earlier. 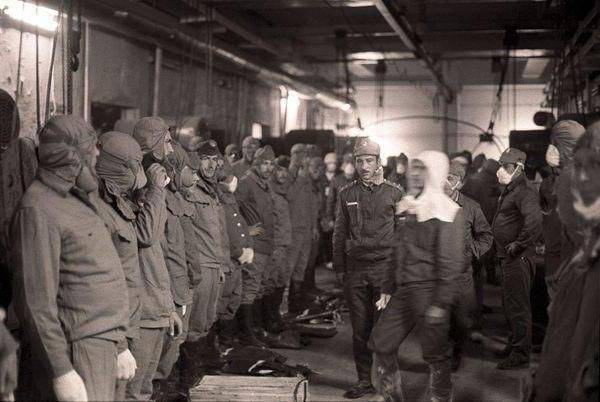 The names of the officers who in the 1986 year were included in the task force under the leadership of Colonel-General V. Pikalov should be mentioned. These are the generals and officers of the Military Academy of Chemical Protection, officers of the Directorate of the Chief of the Chemical Forces, 33 Central Research Institute of the Ministry of Defense of the Russian Federation:
Rear Admiral V.Vladimirov, Major General V.Kavunov, Captain of the 1 Rank Yu. Timoshkin, Colonel V.Kuzmichev, Captain of the 2 Rank E.Volkov, Lieutenant Colonels N.Andreev, V.Petraitis, A.Bazhenov, A. Mikshta.

By May 1986, 2 brigades, 7 regiments and 3 individual battalions of the chemical defense forces were deployed in the contaminated zone in the area of ​​the Chernobyl accident. The total number of troops consisted of more than 10 thousand people.

The contribution of the chemical protection troops (from 1992 of the year - RCBZ) to the process of eliminating the consequences of the accident at the Chernobyl nuclear power plant is truly enormous. All these people, sacrificing their own health, did what made it possible to prevent the spread of a terrible and invisible enemy - radiation - to significantly larger territories. And if it were not for the selfless work of the liquidators, it is not known how events would develop after a global scale accident that occurred on 26 on April of 1986.

The invaluable experience gained by the troops was documented and formed the basis of scientific materials that are studied in specialized military colleges.

“Military Review” congratulates the servicemen of the RCBZ troops, service veterans and expresses special gratitude to the people who were directly involved in the process of eliminating the consequences of man-made accidents of the RCB nature, including the Chernobyl accident.