November 11 2015
45
The price of any military product can be checked and even predicted.


Over the past decade, power has constantly returned to the problem of transparent pricing for military products. Nevertheless, the question of how much certain types of weapons should cost in the preparation of the state defense order remains open for the apparatchiks, for the production workers, and for the military themselves.

Back in 2005, a group of independent researchers from OAO Scientific Production Corporation KB Mashinostroeniya (KBM) in Kolomna laid out the basics of the regression method for predicting the calculation of the cost of producing new combat aircraft and determining the composition of the world’s air forces to 2020. As was confirmed later, the idea turned out to be extremely fruitful, fairly simple and concise, but perhaps premature for that time.

Realism in the calculations

The concept, based on an analysis of the 90-year-old retro-array of source data from more than two hundred aircraft supply reports, made it possible to identify and relate, through computational formulas, the impact on the cost of the aircraft of their main parameters. Such, for example, as the release date, the mass of the sample and its seriality, cruising speed, etc. The observed regularity made it possible to provide a price forecast for 5 – 10 – 20 years ahead.

“The more complex the equipment, the higher the growth rate of its unit cost, which is several times higher than inflation”
In subsequent years, the concept was tested, refined and improved according to various categories aviation military, transport and civilian equipment. Publications on this topic have appeared in industry and academic journals. One can only be surprised at the chronic lack of information or lack of interest in familiarizing these materials with the relevant management and coordination structures. Only the Higher School of Economics showed interest in this issue, recommending one of the works to its future masters as a material for studying the practical problems of investment activity.

Further, the calculation methodology was successfully extended to a completely different type of weapons - armored vehicles, which proved its versatility for a wide range of samples of material products.

Confirmation of long-term economic forecasts requires considerable waiting time, therefore, the authors of the method devoted their next study to comparing their own forecast results with the data of the world-renowned consulting agency Forecast International Weapons Group (FIWG). Quantitative determinations of the volume of arms supplies were close. The discrepancy did not exceed 20 percent. The verification of one of the FIWG agency’s calculations based on the deliveries of armored vehicles revealed an error of at least 12 percent. Financial volumes of the proposed transactions, according to the FIWG, showed an understatement of the results already about two times compared with ours. The verification of the agency’s forecast revealed the same error, which may be due to a special method of interpreting costs and was done intentionally. In addition, our calculations allowed covering the time period by one and a half times larger and giving specific figures for more than one hundred countries of the world separately, which until now has been absolutely impossible for long-term forecasts.

Thus, the cenometric (regression) method for determining the future cost of high-tech military products allows for reliable predictions of the price of designed, developed and manufactured samples. This provides an opportunity to solve the following series of applied problems of economics and military construction:

-planning and development of realistic state defense orders (specifying annual price indices for specific military products);
-developing the tactical and technical characteristics of the designed weapons in accordance with the criterion "efficiency / cost / delivery time";
-the long-term forecast of the assessment of the demand of the foreign market for the supply of armaments for the purpose of planning a coordinated export policy of the state and manufacturing enterprises
- verification of reports of foreign news agencies on contract prices for the supply of weapons;
-evaluation of the military-technical potential of foreign countries in the long term.

It remains only to decide on the practical application of the proposed method, to find or appoint those who are willing to take a risk and put this promising innovative product into trial. The forecast stage must finally go to the stage of a conscious impact on the real situation.

The results of the cenometric analysis of the aircraft and armored vehicles markets, which were carried out in the form of solving an applied task, revealed some contradictions that are not completely consistent with the known, including liberal, economic theories. 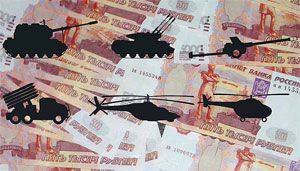 Obtained no doubt statistical data on the continuous stable and accelerating growth of prices for high-tech products at the same time in all producing countries. The more complex the technique, the higher the growth rate of its unit cost, which is several times higher than the monetary inflation. The stability of the increase in the cost of such products in time is such that neither macroeconomic recessions and rises, nor the policy of race or arms limitation, nor the consequences of world and local wars, nor even transitions from one technological mode to another, noticeably affect it. Also, this growth is not affected by any changes in supply and demand (a decrease in the latter increases the pause between purchases of products), and even less good wishes of government officials at all levels. Against the background of this powerful price mainstream, the market fluctuations investigated by modern methods are like ripples from a light wind blowing on the surface of a deep river.

A tsenometric analysis of the aircraft and armored vehicles markets also confirmed the division of manufacturers of equipment into groups of developed countries (USA, European Union, Japan, Republic of Korea, Israel, etc., with high prices for their products) and developing countries (Russia, China, India, Ukraine and etc. With prices significantly, several times smaller). That is, there are at least two global markets for high-tech products. It is clear why Russia will never be “her boyfriend” in G7 / 8 - the club of the countries of the golden billion. Her place in some other union - BRICS for example.

From the point of view of a liberal economy, it is absolutely inexplicable why a product of identical quality, produced in one country, should cost several times more than in a neighboring one. Nevertheless, the same products with a large price difference coexist in the global market. At present, an international administrative-political segregation mechanism has been launched in the world, restricting the entry of cheaper samples into the group of countries of the golden billion and imposing their expensive products in other regions.

Many explain this state of affairs by the fact that, they say, goods of obviously better quality produced in developed countries, that is, they are a brand for which one has to pay. This contradicts elementary logic, since a product completely identical to a branded one will still have a lower cost, determined primarily by production costs.

The incorrectly arrogant attitude of the Western press towards Russian military equipment, calling, for example, the T-90 cheap, has always been disputed by our experts. By the way, during the Great Patriotic War, the use of the Red Army "tanks"cars" did not reveal their significant advantages, although they were much more expensive than domestic samples. "High-quality" tanks in battle burn like any other. Only bewilderment can be caused by statements, such as made in March 2011 by the Commander-in-Chief of the Ground Forces, Alexander Postnikov, that instead of one Russian T-90, it was possible to buy three German Leopards with similar characteristics for the same price. Indeed, instead of ordering one new domestic T-90A, you can get two or three tanks of the Leopard-2 type from the Bundeswehr storage depots, but of the release of the 80s and used ones. Such a choice was made in due time by some countries, including Poland and Finland bordering with us.

We state: the continuous steady increase in prices for high-tech tangible products, which had previously been practically ignored in view of the prospects for the applied use of this knowledge, should undoubtedly receive a clear theoretical justification. For which the authors proposed to develop a new economic paradigm, which the group of independent enthusiasts can hardly develop.

The exception in this regard is mainly due to the countries of the Persian Gulf. The prices of the equipment supplied there are noticeably higher than the world average, but they are politically speculative, outside the sphere of a market economy. That is, it is an elementary deal. This applies to most aviation and armored contracts. The most striking example is the payment by the UAE at the end of the twentieth century of equipping Leclerc type tanks not only with its own army, but also with the armed forces of the French Republic (400 units in service in 2010). The UAE, apparently for reasons of political bargaining, laid out a double price for tanks.

The constant increase in the cost of high-tech products (including military) is typical for both developed and developing countries. For example, the cost of various types of aircraft increases annually with the first by about nine percent (in dollar equivalent) and by eight percent with the second. The same applies to armored vehicles: over seven percent for developed and about six for developing countries.

The cost of any high-tech products can be predicted using an econometric approach, which should be taken as a given and form the basis of practical methods for determining prices. And if, in addition to the objective reasons for the increase in prices, subjective as well as financial and economic brakes delaying the release are added, then at some point it will become obvious that the necessary supplies will have to be subjected to strict sequestration. This is due to the fact that prices by this time will already go beyond all calculated limits and will be just astronomical. A full-fledged universal econometric pricing forecasting methodology should be developed, adhere to objective reality and be based on the results already achieved due to the method described.

Ctrl Enter
Noticed oshЫbku Highlight text and press. Ctrl + Enter
We are
List of destroyed the largest and most high-tech enterprisesMilitary reform as an integral part of the security concept of the Russian Federation: Systematic dynamic assessment
Military Reviewin Yandex News
Military Reviewin Google News
45 comments
Information
Dear reader, to leave comments on the publication, you must to register.