Europe no longer believes in the “audacity of hope” (The Wall Street Journal, USA) 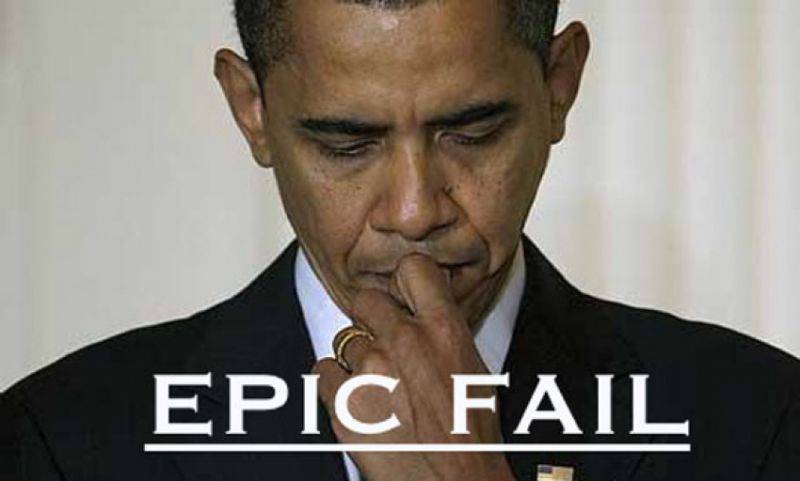 This continent is increasingly disappointed in Barack Obama.

So what happened to the audacity of hope? When it comes to the promises of Barack Obama regarding geopolitical intentions - to isolate Russia, turn it into a pariah or weaken and destroy the Islamic state - it turns out that the slogans do not turn into anything real. Did the president restart relations with Russia? Vladimir Putin gave all the fuss: the aggression in Ukraine and in Syria made people doubt that the United States is the only state in a democratic world that could confuse those who sow horror and injustice.

Add to the collapsing strategic credibility of the American president the existential discrepancies of Europe over the treatment of refugees from the Middle East - in addition to the chronic inability of European allies to act - and then the West in 2015 may seem in a state of near stupor.

New in all this is the desire of Europe to dump all the problems on Barack Obama himself. Politicians, in particular, mention it in their logical explanations at the moment when they seek Russia's favor. Commentators jokingly refer to what they see as Mr. Obama’s limitless caution.

For many years, Europe regarded Mr. Obama, in essence, as untouchable, as an unattainable symbol of positive change in America. However, two weeks ago, Ronald Pofalla, the former head of federal Chancellor Angela Merkel, destroyed this pattern. Mr. Pofalla is the co-chair of the St. Petersburg Dialogue, a semi-official German-Russian symposium that resumed its work under his influential leadership after a short pause from the German side in response to Russia's seizure of the Crimea. “It was a stupid step on the part of Obama,” Pofalla noted, “when he lowered Russia's status to the level of a regional power due to the Ukrainian conflict.”

Interpretation option: Mr. Pofalla publicly calls into question the judgments of the American president and his ability, and also expresses confidence in the Russian point of view, according to which Moscow was provoked and humiliated by Mr. Obama. In the greeting addressed to this symposium, Angela Merkel makes it clear that Mrs. Federal Chancellor wants to have “partnership” relations with Moscow, and not isolate her.

Last week, former French President Nicolas Sarkozy, who is on friendly terms with Putin, supported the German description of Mr. Obama’s mismanagement and said that “unlike Obama,” he recognizes Russia's global role. Disrespectful remarks are openly addressed to the American president. In the harshest comments, Europe seems unable to even imagine that it can fight — and, for the most part, it cannot — but it has to rely on the protection of the American president, who is not ready to fight at all.

The Frankfurter Allgemeine Zeitung newspaper, hinting at the red lines it left behind in the fight against Bashar Assad, on October 27 wrote that Mr. Obama would enter history"Entwined with pink lines." Two days before this, the Berlin newspaper Tagesspiegel in an article titled "Indecisive and Unsure," called him a man whom "no one is afraid in the Middle East." In Paris, the newspaper Le Monde last week published a comment by a Syrian human rights activist who, addressing the American president, wrote: “your retreat” allows Russia, Syria and Iran to invade with the use of force in other states.

The weakening of Mr. Obama’s authority is also reflected in the revived desire of richer European countries to refuse to reduce their greater dependence on Russian energy supplies.

In 2009, then Secretary of State Hillary Clinton at the time called this issue a “security challenge that we ignore at our own peril and risk.” Today, companies from Austria, France, Germany and Holland decided together with Gazprom to increase the capacity of the Nord Stream gas pipeline, leaving Ukraine without transit and depriving Poland of benefits, and in this case it’s about the gas pipeline that is laid from “isolated” Russia Germany. The European Commission believes that as a result of this transaction, the dominant share of Gazprom in the German energy market will increase from 30% to 60%. German Vice Chancellor Sigmar Gabriel visited Moscow last week and discussed this deal in the presence of Mr. Putin.

And even after the new head of the US Joint Chiefs of Staff, General Joseph Dunford, stated that Russia is the biggest strategic threat to America, could anyone hope (very boldly) that Mr. Obama will immediately call Ms Merkel and complain about the expansion of this very “threat”?

“Insolence of Hope” is the title of a book that President Obama published in 2006 two years before his election. Some people, including me, believed that there was a possibility of interventionism in Obama's personality, and recalled Bill Clinton’s military and diplomatic participation in the events in the Balkans in the 1990-s that saved Europe from the early flow of refugees, and, moreover, saved NATO from suicidal controversy.

Mr. Obama then wrote: the time will come when the United States will have to play the role of a world policeman (“This will not change - and should not change”), take unilateral actions against immediate threats and abandon the idea that the UN Security Council has power over that kind of decisions of the United States.

Today, America’s close allies can see that it was all just foam, like his calls for a world free of nuclear weapons. weapons, or the apologetic reconciliation of the United States with Islam.

The Tagesspiegel newspaper caught this moment and wrote that “the world is looking at America,” and added that many are waiting for “time after Obama”. It is impossible not to notice the openly changing view of Europe about this man outside of his remarkable historical role.

Ctrl Enter
Noticed oshЫbku Highlight text and press. Ctrl + Enter
We are
Refugees from Syria. Will Russia accept immigrants from the Middle East?Situational analysis of the death of the MH17 flight (Malaysian Boeing 777), made on the basis of engineering analysis from 15.08.2014
Military Reviewin Yandex News
Military Reviewin Google News
18 comments
Information
Dear reader, to leave comments on the publication, you must to register.