“There is no instrument making. Machine tool no. These were industries. Now there are none. ” 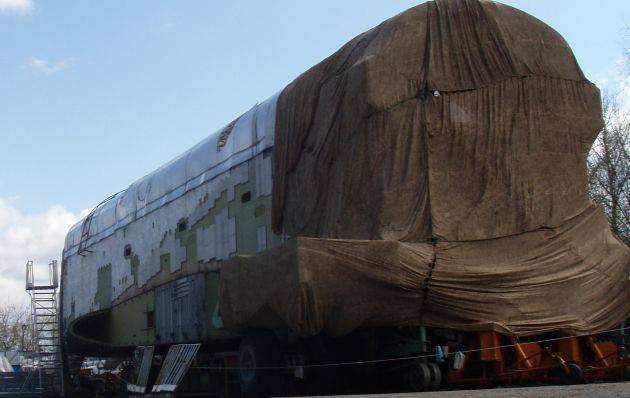 REGNUM: Today it has become customary that all the electronics around us are imported. Or the so-called "screwdriver" production. When we only collect from spare parts, imported from somewhere from abroad. You were the Minister of Instrumentation and Automatic Control Systems of the USSR. Minister - non-existent industry today. It turns out that we had neither instruments, nor control systems, nor electronics. Either it was all so poor quality, what's the shame to say?

- Some kind of nonsense. Let's start with this. Before Russia, the revolution of 1917 was not aviation industry. Shipbuilding, by the way, was some kind. Instrumentation - was not. Machine tool construction was very weak. We will not even talk about electrical engineering. And - look at the country after the industrialization program, when factories were built, when there was capacity to produce. After all, in the end, for this you just need to take statistical reports for those years. At least for the last five years. For example, 1980-1985. Everything is clearly and clearly painted there. What place the Soviet Union began to occupy in various sectors of the national economy. In Europe - in almost all areas, we occupied leading places. Just like in the world. Here, the progress was so obvious ... All power plants, nuclear plants, the nuclear fleet - all this was built with a huge contribution from instrument engineering. All. Indeed, the first nuclear power plants were built in Russia and the Soviet Union, the first nuclear ice drift was built in the USSR. First. All equipment, technical process control - all these were our control systems. On our technology completely. The submarine fleet was equipped with a control system and an enemy ship detection system. And space? After all, this is known, and the achievements of the Soviet Union are accepted throughout the world. And there the contribution is incredibly huge, including instrument makers. I received a hero star for the development and successful testing of the Energy-Buran complex. This is not a joke. We have built a whole underground city in Baikonur. There was placed, including computer equipment. The software was done. Everything to ensure the successful implementation of the program. Everything was very serious. In the same reclamation. Without the instruments of our industry, the industry simply could not ... We could not buy anything abroad. We did everything ourselves.

REGNUM: Because we did not sell?

- Well, of course, did not sell. An embargo on the supply to our country was introduced on the increasingly modern. Especially in recent years. When they talk about sanctions against us today - well, it's not news. Constantly there was an embargo, back in time, when we worked. There were serious limitations on new technologies. Electronics, computing - in the first place. Of course, this is, in general, not very pleasant. But some kind of disaster for us today, I do not see. Because the defense industry has always been quite independent. Thank God, in my opinion, there are still some resources. It is unpleasant, it will hinder, restrain. But it can be experienced.

REGNUM: And what was exported? After all, something even exported to capitalist countries.

REGNUM: To the countries of the West or for their socialist states?

- Yes, to the West. We delivered a lot to England, to France, to Canada, sent a lot. The British Queen even wore watches produced by the Uglich watch factory. Here, I worked at the Krasnodar electrical measuring instruments plant, we exported a lot

- Electrical appliances is the measurement of electrical parameters. Equipment of various enterprises - power plants, energy systems, metrology and so on. Our plant in Krasnodar was the only one in the world that produced potentiometers with an accuracy of five ten-thousandths of a percent. There was no one at all such devices. These potentiometers played a major role, including in equipping the Mission Control Center. You see, here, our Krasnodar electrical measuring instruments plant is 14 thousand people. Special Design Bureau (CSC), which I managed for five and a half years. We had 600 people of developers, labs and so on. We had a branch there of the All-Union Institute of Electrical Equipment. That is, it was a powerful structure. There was an experimental workshop. About 20 new devices only at this factory we did a year. We did special development of high-speed recording instruments. These were devices for detecting underground nuclear and other explosions. It should have been relatively cheap, significantly reliable and accurate instruments. In service, they were very simple - there the soldiers could serve. Immediately gives amplitude, frequency. And by these parameters, you can determine where and what power occurred. This I just give as an example. And there were just such 130 − 140 research institutes.

REGNUM: In general, in the industry?

- Yes. And they were all profiled. Engaged in all directions. There were special test institutes. These are machines "on a break" and so on. Institutes for special introscopy and non-destructive testing. Here, we see when we enter the subway, in the stations - all these installations of scanning, control, detectors, and so on. This was all our technique.

REGNUM: the framework of metal detectors?

- Yes of course. But it's not just about the framework. It was also very important for the same "Buran". He would not have been without such equipment. It is clear that I am only talking about our site of work. It was necessary to know everything for sure - strength, composition of materials, physics and everything else. And there were plenty of such directions. Analytical technology. More 20 factories and research institutes.

REGNUM: This is all, let's say, victory. What was bad?

- We are sometimes scolded, and correctly, on computer technology. Yes, we had serious lags. Because we in the camp arrived relatively late to this. Only after reforms, 1965 of the year was created by Microelectronprom.

REGNUM: Are you talking about Kosygin reforms?

- Yes. Aleksandr Ivanovich Shokin was a wonderful minister. An electronics center appeared in Zelenograd, the Institute of Electronic Engineering (MIEM), the Institute of Electronic Engineering (MIET). Our element base, of course, lagged behind. Significantly, ultimately, on the level of our products. But nevertheless, the gaps were shrinking all the time. And we, our ministry, the radio industry, special communications, we actively began to produce computers. Naturally, our equipment was our electronics at the base. Even personal machines, we later began to produce. Computers And the gap has become less and less. And there was no serious tragedy. And what doubts about this? We had defense weapons based on our own developments, with our foundation.

REGNUM: With our electronic "stuffing". Sometimes it seems that if we hadn’t been so clumsy in publicity and restructuring with the destruction of the entire industry, then we might have had a completely different situation. We were "killed" as competitors under democratic slogans. And after 1991, the year just continued what was started in 1985. And today we order the same Mistrals in another country ...

- Yes ... Well, what about Mistrali? Did you see these helicopters at the exhibition, which the Mistrals should have been equipped with? This is what we have developed. Even after all ... What is the potential left!

REGNUM: What is left?

REGNUM: And there are not even any "islands" on which you can rely?

- Well, some separate plants are remnants. These were not just factories - whole complexes! We now have a plant in Kazan - not bad, it works. And so ... Dismantled in parts, sold and resold ... After all, the Ministry of Instrument Making in the USSR was the first and only - of course, not in all the formats that were intended - whose enterprises, in the industry, switched to full cost accounting. We brought profits. They were not just self-sufficient, but earned, brought income to the state. Not a penny taken in the total budget. At the same Krasnodar Plant of Measuring Instruments, at least two residential buildings per one hundred apartments each were built annually. Factory "zipovskaya" hospital - still one of the best. And so on.

REGNUM: When they talk about import substitution today, what actions can we expect in reality?

- I do not know. Perhaps I already do not understand anything. But as it is possible - on TV they show us that someone stole or squandered billions - and no one bore any responsibility. Real responsibility. It says one thing, but in life - another. If we have already seen the same thing for 25 years - and nothing changes - then what next to expect? I do not want to make any accusations, nor to the government, any structures ... They just can not.

REGNUM: And how long can all this go on?

- For a long time. I'm afraid for a long time. Why do I say that? Because we have already grown another generation. In a different environment and with a different understanding of life, with different values. The generation came out, unfortunately, poorly educated. They are not to blame for this. The system has been disbanded. There is no motivation to work, to vocational training, no motivation to the family. But there was a system that shaped it. There were schools, technical schools, colleges, regular, factory, universities. Institutes of advanced training were in each ministry. This is very important. There was the Academy of National Economy - the highest level was prepared. It's all ruined.

REGNUM: One of the complaints against you, the Soviet ministers, is that you did not defend the country. Do you accept?

- I can tell about myself. Not like a minister. Yes. I was a member of the Central Committee of the CPSU. And as a man I scold myself, saying that, being a member of the Central Committee, I probably should have taken a more active position. But I must tell you that it is impossible to say that I was silent. I can show a large selection in Pravda, Izvestia, where I repeatedly published articles that everyone did not care about.

BakuToday: Restructuring began, in fact, one person - the General Secretary of the CPSU. Today, everything again comes up against the decisions of the first person of the state - the country's president. And many say that it is necessary to purge the elite, to “cut” a very presumptuous part of this elite.

- For this you need a person with special qualities. Such a person is generally born very rarely. And I do not know whether it will be born in our environment at all. This type of person who will take it ... It's very difficult. And society should be ready for this. Here you have to do everything very carefully. And we live without a national idea. We have no ideology. There is no purpose. And without a goal, it is not known to which harbor a ship will sail. Moreover, the national idea should be generally accepted, accepted by the whole society. This idea should be framed in the Constitution, in the Basic Law. The law must be a real flag, a banner, a shrine for any citizen of our country.


REGNUM: Who will form this, what kind of people, what social or political forces?

- Now I still do not see who will do it today.

Ctrl Enter
Noticed oshЫbku Highlight text and press. Ctrl + Enter
We are
About Stalin and KhrushchevList of destroyed the largest and most high-tech enterprises
Military Reviewin Yandex News
Military Reviewin Google News
159 comments
Information
Dear reader, to leave comments on the publication, you must to register.