November 1 2015
97
The Russian air group, located at the Khmeimim airbase in Syria, used the KAB-1500 powerful adjustable bombs against the Islamic State, reports RIA News Message from the representative of the VKS Igor Klimov 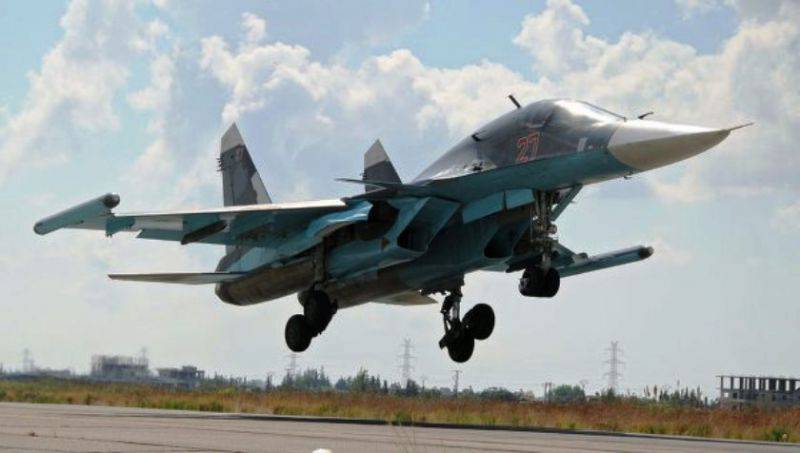 According to the officer, "two such bombs were suspended from the Su-34 bomber, which flew to a mission to the east of Syria." In the air, it was covered by Su-30CM.

"Adjustable aviation the KAB-1500 bomb (it got its name due to its weight of 1,5 tons) is highly accurate. A homing laser head is installed on it, thanks to which the bomb is adjusted according to the laser spot, ”Klimov said.

“The high explosive penetrating capsule of the warhead is able to penetrate 20 meters of soil or pierce a three-meter reinforced concrete floor. The bombs of the KAB-1500 family were occasionally used in Afghanistan and Chechnya to hit targets of special importance and security, ”Klimov added, assuring that“ they do not throw bombs on cities ”.