Hidden call for the overthrow of power? 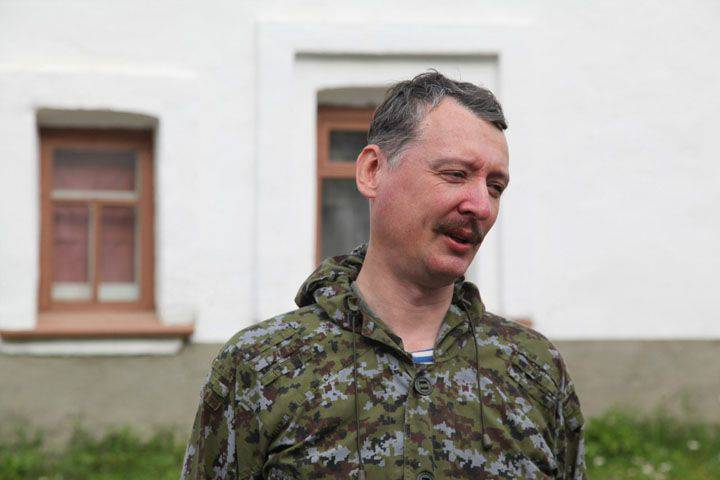 Yesterday I listened to the recording of the round table “Strange War” in the studio “Roy-TV” with the participation of Maxim Kalashnikov, Igor Girkin (Strelkov) and Anatoly Nesmiyan (El Muride). What I heard is practically no different from what is broadcast on Ekho Moskvy and written on liberal websites. Such a round table could well have been held at any liberal venue.

Naturally, the main question of the round table was the attitude to the participation of Russia in military operations in Syria. All participants in the conversation amicably condemned Russian military aid to Syria. Why? Because, in their opinion, Russia's military participation in Syria is just a show that pursues the following goals: 1) divert the attention of Russians from internal problems, especially economic ones; 2) pass quietly Novorossia; 3) to raise the rating of President Vladimir Putin. ISIS, according to the participants of the round table, is not for us the main threat, and indeed a serious threat.

Igor Strelkov repeated several times that we have no chance to win the war against the terrorists in Syria. Moreover, he spoke of this as an accomplished fact. Typically propaganda trick, calculated on the average man, when the assumption is issued for a real fact. Yes, Strelkov was a good school for misleading people. In this regard, I would like to draw special attention to the actual fact - so far not a single “prophecy” of Strelkov has been fulfilled. Remember how aggressively he promised the beginning of the Kiev junta offensive against the militias of Novorossia in the spring and summer of the current year? However, the offensive was not followed. And when he acted in Novorossia, remember how many times he tried to provoke the introduction of Russian troops into these territories, arguing that if Vladimir Putin did not enter the Russian military contingent in Novorossia, the Ukrainian troops would completely crush the militia and Novorossia would collapse.

I know for sure that many militiamen who fought bravely in Novorossia, when they mention the name Strelkova, start saying that I cannot even find synonyms. Therefore, when Igor Ivanovich portrays that among the militias in Novorossia he enjoys unlimited trust and respect, this is not true.

Strelkov constantly called, or rather provoked, the Russian authorities to send troops to Ukraine and take Kiev, threatening, otherwise, with Moscow’s Maidan. Maidan, as you can see, no. But, strangely, the United States would also very much like Putin to go to Kiev. And how do you order all this to evaluate? Once, in one company of Strelkov, he said: "I would have had enough adventurism to get to Odessa." Is it possible to take advice and analytics of an adventurer seriously?

The Minsk agreements, from the point of view of the participants of the round table, did not give anything, but only worsened the situation. But this is a lie. No matter what anyone says, but the result of the Minsk agreements is a cease-fire from the Ukrainian side. Refugees from New Russia are returning back to their homes. Strelkov, on the other hand, insistently reiterates that Poroshenko is again mobilizing the army, is preparing for a new offensive on Novorossia, and that the militia will now just not be able to repel the onslaught of “dill”. And all this is the fault of Putin, who got involved in a senseless war in Syria. The rest of the roundtable participants fully supported Strelkov. They stressed that Russia's participation in military operations in Syria not only does not increase our international prestige, but, on the contrary, is a cover for the weakness and helplessness of the Russian ruling elite led by Vladimir Putin. But this is a blatant lie. Anyone can look at Western materials, which emphasize that Russia is again becoming a superpower. Western analysts, politicians and the military are talking and writing about this. Maybe they were all bribed or intimidated by the Russian special services ?! And how the West, especially the USA, began to urinate with boiling water at the sight of Bashar al-Assad who arrived in Moscow! Notice how Assad looks like General de Gaulle. Syrian de Gaulle! And who are our Vladimir Putin starting to look like more and more? I think everyone understood. These two cool men with a rod half to death scared the Western buggers.

All the participants of the round table argued that all our military equipment was outdated long ago, and that the show in the Syrian sky does not frighten anyone, that the Americans have weapons ten times better than ours, that they have full drones, and we have none. If the Americans wanted, they would easily have done anything to us. In general, we are in collusion with the Americans. There is no limit to the arrogance and deceit of Strelkov, Kalashnikov and El Murid. After all, it is well known that obsolete American ballistic missiles are significantly inferior to our modern ballistic missiles. And the power of our tactical weapons recently demonstrated a missile salvo from the Caspian Sea.

Strelkov insistently emphasized that there are many of our mercenaries in Syria, that there are already considerable losses of personnel. He spoke absolutely in the spirit of "Echo of Moscow". If this is not a betrayal, then what? Similar treacherous speeches were conducted by pseudo-patriots even before the February 1917 revolution of the year.

The information of Strelkov and his interlocutors about Crimea is absolutely treacherous and defeatist. They claimed that in the Crimea the Crimean Tatars were about to rebel. That the border of Crimea is open. Strelkov said that if he wanted to, he would transport any cargo to the Crimea without straining. Kalashnikov said that we have a weak fleet in the Black Sea, that the Turks, having connected with someone else there, can easily destroy our Black Sea fleet. All this is a lie, misinformation and, in essence, an attempt to provoke unrest in Crimea, to suggest how to do it better. As for the Black Sea fleet, then today it is the strongest in the water area, the Turkish fleet is much inferior to us. Two new diesel submarines, equipped with the most modern missile weapons, which have no analogues in the world, various warships and the cruiser “Moscow”, currently on combat duty in the Mediterranean Sea and fully controlling the Black Sea as well - all this Kalashnikov calls small flotilla. Not to mention coastal naval armaments, the S-300 and S-400 installations, and so on and so forth.

But the most indicative is that not one of the participants of the round table said a word that, in addition to the political and geostrategic reasons for our military intervention in the Syrian conflict, there is also a spiritual and moral reason - the protection of the richest Christian world in Syria brutal igil. It is not for nothing that our Most Holy Patriarch Kirill spoke in support of Russia's military participation in Syria.

It turns out, no matter how twisted, that the participants of the round table are indifferent to the fate of Christians in Syria, including numerous Orthodox. It is clear that to spit on Christians Maxim Kalashnikov, who is known for his dense militant atheism. El Muridu, since he seems to be a Muslim (and maybe an atheist), is also indifferent to the Christian theme. But why Igor Strelkov, who considers himself Orthodox, did not at all touch on the topic of the protection of Christians in Syria by Russia? The only thing that was enough for him was a phrase uttered with an incomprehensible grin that, they say, Syria has a sacred meaning for Russia. However, this is also understandable. After all, Mr. Strelkov repeatedly unflattering, to put it mildly, spoke about the hierarchy of the Russian Orthodox Church. And I'm not sure that he can be considered a member of the Russian Orthodox Church at all.

In conclusion, I would like to repeat once again that such a round table could fit perfectly into the “Ekhomoskovsky” format.

At the end of the broadcast, presenter Maxim Kalashnikov said: “Let’s stop here, because our further predictions may lead to a collision with the criminal code.” What does it mean? This means that everything said at this round table is nothing more than a barely veiled call for the Russian Maidan and for the overthrow of the power of Vladimir Putin.

Ctrl Enter
Noticed oshЫbku Highlight text and press. Ctrl + Enter
We are
In the program "Rise" Sergey Dorenko talked with the ex-Minister of Defense of the DPR Igor StrelkovWhat you didn't want to know about England
Military Reviewin Yandex News
Military Reviewin Google News
189 comments
Information
Dear reader, to leave comments on the publication, you must to register.