Western experts made a mistake in assessing the potential of the Russian armed forces ("The Brookings Institution", USA) 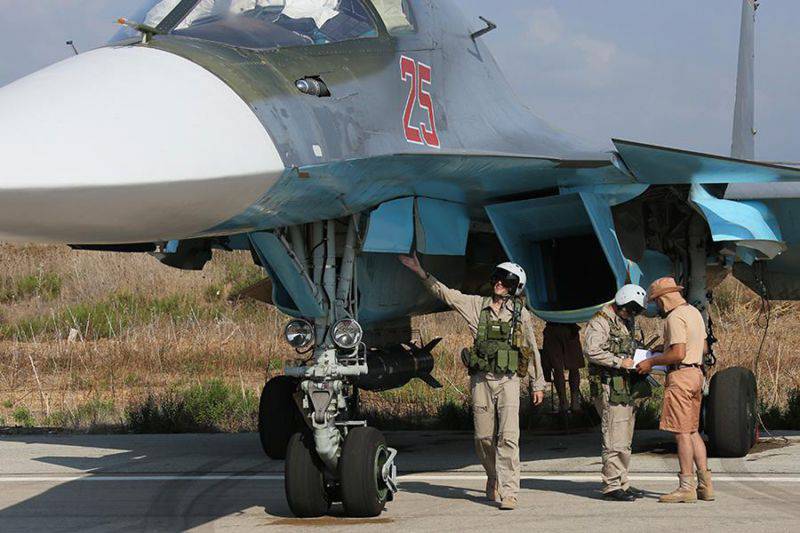 Since the appearance of the first signs of Russia's military presence at the airport in Latakia, many different theories have arisen about Russia’s strategy in Syria, its intentions, and how far it (and other countries) is ready to go. However, many of these theories are initially based on incorrect assumptions.

Many analysts have called the Russian armed forces weak, and some experts even pointed to specific problems that exist in the air and sea links of Russia in Syria. However, given the performance of the Russian military in Syria at the current time, these estimates turned out to be incorrect. On the contrary, Russia has demonstrated that it has the necessary potential (as well as readiness) to deploy conventional armed forces and to solve certain political tasks.

Russian planes make a significant number of sorties every day, demonstrating notable successes. According to current estimates, the daily number of departures ranges from 48 to 96. It's a lot. On this occasion, the New York Times wrote the following: “Russian combat aircraft, at least at the moment, carry out almost as many air strikes against insurgents opposing the government of President Bashar al-Assad every day as a coalition led by the United States applied to ISIS is monthly this year. ”

In the course of the strikes, Russia has already destroyed a number of objects of anti-Assad rebel formations. For example, there are reports that the rebel leader Basil Zamo, the commander of the First Coastal Division and the former captain of the Syrian army, died as a result of the Russian 19 airstrikes in October. In another battle, the commander of the Nur al-Din al-Zinki formation was killed.

Can Russia continue to maintain such intensity of its air campaign? Maybe. Almost none of our NATO allies can do what Russia is doing in the sky over Syria. This was the sad lesson of both NATO air campaigns in Kosovo and Libya.

Western experts called the Russian fleet "more rusty than ready for battle." However, Russia, to everyone’s surprise, is modernizing older ships and building new ones. The naval forces of Russia have demonstrated quite significant potential: the corvettes and frigates that make up the Caspian flotilla, can strike with cruise missiles at targets at a distance of 1,5 thousand kilometers. Nobody knew this before. For comparison: American coastal warships such as Freedom and Independence have a significantly greater displacement - approximately 2900 and 3 tons, respectively - but do not have any capabilities to deliver cruise missile attacks or similar potential in projecting force.

This was a revelation. This turned out to be a powerful signal for the West, and one commentator even suggested that the Russian Caspian flotilla was the factor that radically changed the situation. Possessing small, inexpensive, technologically simple and easy-to-manufacture ships, the Russian fleet demonstrates unique capabilities, emphasizing the results of the modernization, which remained largely unnoticed.

Many observers also questioned the ability of the naval forces of Russia - especially the Black Sea Fleet - to conduct long-term operations. However, over the past three years, Russia has been providing stable supplies weapons and the equipment of the army of Assad through the ports of Latakia and Tartus, and there is no reason to believe that these supplies may cease. Western countries should expect that, given the higher degree of involvement of the Russian armed forces in Syria, Russia will increase its maritime logistics capabilities to support its coalition partners acting on the side of President Al-Assad. And, apparently, this is exactly what Russia is doing.

The Black Sea Fleet turned out to be an invaluable asset for Russia and its partners in Syria. In particular, the flagship of the Black Sea Fleet, the missile cruiser "Moscow", as well as a number of accompanying surface combat ships were deployed off the coast of Syria to provide air defense and missile defense. Critics claim that these are old ships with obsolete technologies. If you compare them with the majority of the courts of NATO, then this is true, but to fulfill the tasks set, they are quite enough. Moreover, the deployment of these ships demonstrates the capabilities and intentions of Russia to achieve certain foreign policy objectives. Thus, these ships pose a significant threat that NATO strategists cannot simply write off.

By all indications, over the past few years, Russia has been creating and expanding its navy, which corresponds to the foreign policy goals it has declared. Time will tell the true state of affairs, but until we have irrefutable evidence of the inevitable collapse of the Russian navy, experts should not make hasty predictions that do not reflect real facts.

The consequences of the distortion of the possibilities of Russia

Many assessments of what the Russian armed forces are capable or incapable of were inaccurate. This is not just a matter of distorting the facts. Much more alarming is the fact that because of this, Western countries will not be able to adequately predict how far Moscow is ready to go in its Syrian campaign. While Western analysts - and after them Western leaders - will try to discredit Russia's military potential, Moscow will most likely continue to use every opportunity to show the fallacy of such assessments.

Ctrl Enter
Noticed oshЫbku Highlight text and press. Ctrl + Enter
We are
Deceptive pause of Putin: what are the next steps for Russia in Ukraine? ("The Brookings Institution", United States)Situational analysis of the death of the MH17 flight (Malaysian Boeing 777), made on the basis of engineering analysis from 15.08.2014
Military Reviewin Yandex News
Military Reviewin Google News
46 comments
Information
Dear reader, to leave comments on the publication, you must to register.