October 30 2015
141
Earlier, the call of the Ukrainian people's deputy Mr. Gerashchenko to publish in public access the personal data of Russian pilots participating in the counterterrorist operation in Syria, as it turns out, found a considerable number of responses among the “enthusiasts” of providing outright information assistance to representatives of various terrorist groups. At the same time, it became clear that the activities of the terrorists of the same odious "Islamic State" and the equally odious "An-Nusra Front" have a considerable number of ardent admirers in the post-Soviet space. That is, in fact, people live near us, whose erosion of consciousness has reached a level at which they are ready to support even representatives of the “branch of hell” on Earth. - Those for whom publicly burning a person, cutting off the head of a victim, carrying out terrorist acts on the days of holidays holy for various faiths, the destruction of architectural monuments has become something completely mundane, “normal”. So who are these, if I may say so, people who are willing to at least informationally contribute to the spread of international terrorism and carry out attempts to counteract those who have taken on an uncompromising struggle against terrorism?


It would seem that if personal information about Russian pilots appears on Ukrainian websites or Ukrainian pages on social networks, then everything is clear - the authors of the dissemination of information are people poisoned by the smoke of Maidan tires, people who have stepped over all conceivable and inconceivable Russophobia. However, as the Internet meme known for some time says, here “not everything is so simple ...” And indeed, if you dig a little deeper, it turns out that behind the same representatives of the Novo-Ukrainian society, there are well-defined and, to put it mildly, notorious forces . 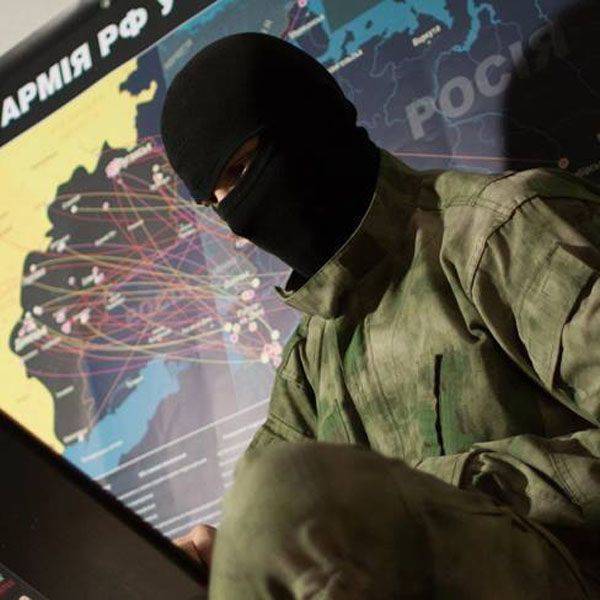 So, about the authors of the publication of personal data of Russian military personnel participating in the counter-terrorist operation in more detail.
The organization, known for its numerous fakes in the Donbas conflict, shows the greatest zeal in this issue. We are talking about such a desk as Inform Napalmwhich, through its members, publishes data on Russian military personnel, having previously put forward a whole “ultimatum” (data from Facebook):

Our international volunteer organization InformNapalm Ukraine has put forward an ultimatum to the list: any provocation of the Russian-terrorist forces in the south-east of Ukraine during the cease-fire regime will be accompanied by the publication of these pilots participating in punitive operations against the Syrian people.

The meaning of the provocation is clear ... Russian pilots, it turns out, are involved in "punitive operations against the Syrian people" ... Well, yes, yes ... Hospitals "Doctors without Borders" and wedding processions are also their work? ..

So what are the actors behind the provocative statements and publications?

One of the ultimators of distributors is a subject named Mikhail Kuznetsov, who uses a social network. Facebook in order to open propaganda of terrorism and informational assistance to international terrorist organizations. Having opened the page of this “person” in a social network, one can find some interesting information: previously lived in the city of Lviv (now lives in Fort Bragg (California, USA), graduated from the National University “Lviv Polytechnic”, whose main building is located on the street with the telling name - Stepan Bandera street ... 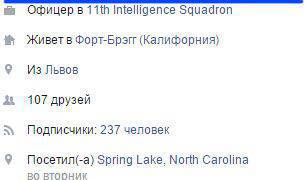 But this is not important. Attention is drawn to the fact that the “man”, who calls himself Mikhail Kuznetsov, in the section “Place of work and position” reports, not without pride, “an officer in the 11 corps (“ squadron ”) reconnaissance” (USA), whose motto is Latin phrase “Persequor furtim hostis” - “Secretly chasing the enemy.” Something about this very 11 reconnaissance. The corps (squadron) is structurally related to the USAF. 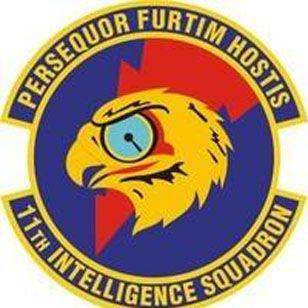 It was created about 9 years ago in the United States. Representatives of this organization are engaged in monitoring, recording and disseminating information relating to both combat and non-combat operations. The main activity is related to the provision of specialized intelligence support MTR. Over the years, the 11 scouting squadron has become the fastest growing structural unit of the US air force. The command is located in Florida (USA) and has direct links with the US National Geospatial-Intelligence Agency (Springfield, Va.), In turn, along with the CIA, the NSA and the FBI, which is part of the so-called intelligence community of the United States of America.

As one of the stated goals of the 11 th reconnaissance squadron, you can’t think of it on purpose, means “fighting international terrorism” ...
That is, it turns out that a person who openly calls himself an officer of the American intelligence corps, as if opposing terrorism, is one of those “Ukrainians” spreading information about Russian pilots who are delivering effective blows to the body of the terrorist octopus in Syria. In turn, this means that behind the implementation of the very idea of ​​publishing personal data of servicemen of the Russian Aerospace Forces, it is not so much Svidomo itself that Ukrainian bottling itself is worth as much as American intelligence.

It would seem that the logical chain is far-fetched, because the very same Mr. Kuznetsov could well “whistle” (for the weight of his publications on the social network) about his officers in American intelligence. In fact, there is no attraction for the information “behind the ears”, since it suffices to recall the fact that the former head of the Security Service of Ukraine, the memorable Mr. Nalyvaychenko did not particularly try to hide the presence of American citizenship. Moreover, from reliable sources since the days of the revolution, forgive my God, “dignity” in Ukraine, it became known that the building of the SBU has a whole set of cabinets, which are staffed by the US Central Intelligence Agency, and access to which (cabinets) for ordinary employees of the SBU is simply closed.

In relation to Mr. Nalyvaichenko in the 2013 year in Ukraine, by the way, a criminal case was initiated, no less, under the article “High treason” precisely because through his mediation the representatives of the American intelligence began to occupy the working areas in the Ukrainian administrative buildings . After the Maidan, the case against Nalyvaichenko, for obvious reasons, was closed. As it was closed for Ukrainian employees of the SBU and the whole floor of the building service.

It is closed, because, as they say, it's not their business, what programs are going to be implemented by the “main friends of Ukraine” of the last time ...
By the way, on the page of Mr. Kuznetsov on Facebook, you can literally study the logistic scheme of the activity of the “friends” not only in Ukraine, but also in the Russian Federation.

So, in Facebook friends from Mr. 11, as he writes, the US reconnaissance squadron, you can find such a person as Mark Krotov (he is Mark Krutov) - a graduate of the Russian State Humanitarian University, now a full-time employee of the Moscow office of Radio Freedom". This is the same Krutov-Krotov (for some reason, the famous Soviet film “Confrontation” is immediately remembered), who likes to publish on his page in Facebook and on the pages of the Radio Liberty website materials about the “invasion of the Russian troops” - no matter where — the key word for the radio freedom fighter is “invasion.” The same Krutov-Krotov actively refers to the above-mentioned Inform Napalm, in which again the above-mentioned Mr. Kuznetsov works hard. Here is one of these materials - link.

And this is the same Krutov-Krotov, who actively spread the “linden” that the Russian Caliber cruise missiles fell on the “Iranian village” ...

I wonder why this “Radio Liberty” in its publications refers to a very dubious portal, which has been repeatedly convicted of fakes in the style of “I am a Crimean myself, the daughter of an officer ...”? Indeed, even Ukrainian deputies know where Radio Liberty receives funding. From the publication of the People's Deputy of the Verkhovna Rada from the “Bloc of Petro Poroshenko” Sergey Leschenko on Facebook:

Radio Liberty (...) is funded from the US budget.

In general, of course, not news, but here the fact of confirmation from those whose parish in power also did not do without overseas financial assistance.

Facebook friends have Mr. Kuznetsov and another representative of InformNapalma, an explicit project of Western intelligence agencies - Roman Burko. October 18 Burco (on the page it is reported that he is from Sevastopol) publishes information on the creation on the territory of Ukraine of the so-called “Cyberpolice” under the auspices of the Ministry of Internal Affairs of Ukraine, which itself is known by whose wing ...

Burko reports that the Ministry of Internal Affairs of Ukraine conducts a set of “inspectors” and “special agents” of the “Cyberpolice”, and adds that the salary for “special agents” is exorbitant by Ukrainian standards (and not only by Ukrainian) thousand dollars. From the material of the Ministry of Internal Affairs of Ukraine on the recruitment of employees of the new unit, which is reported to be active in the Network:

Striving for qualitative changes in the fight against cybercrime.
Citizenship of Ukraine.
Age from 21 year.
No criminal record.
Higher education (preferably technical).
Fluency in Ukrainian, English and Russian.
Knowledge of Chinese will be an advantage.
Skills of using psychology and social engineering.
Understanding of network security principles.
Experience in interception and analysis of network traffic.
Programming experience in high and low level languages.
Experience reverse engineering malware.
Knowledge of the architecture of the most common operating systems.
Experience of computer and technical studies.
The ability to make decisions and act in a limited time.

From the list of responsibilities:
Opposition to the dissemination of terrorist information in the Ukrainian segment of the Internet (apparently, Mr. Kuznetsov’s publications are not terrorist-related information).
Exchange of information with foreign partners through National contact item.

And the contact point is the organization that informs InforNapalm with informational and disinformation plan with protruding stellar-striped ears? ..

In general, it is noticeable that now they want to increase the number of “Crimeans, daughters of the officer” and in the territory of the “most independent” - it's not for nothing that they are chewing bread ...

The same Mr. Burko through Facebook publishes personal data on Russian pilots aviation a team performing tasks in Syria. For obvious reasons, a link to the Burko page is not provided.

From all the above, it is quite obvious that any information that can somehow hit Russia's interests, be it true or fake, is collected and published with the active support of the American special services, which are actually behind all organizations born including and through the activities of Western NGOs in Ukraine. The same structures are trying to actively engage the citizens of the Russian Federation in their anti-Russian activities, who have decided that the Judah case should find their successors in them ... And yet such citizens are, and in considerable quantity. This is a symptom ...

Well, the “guys” publishing data about Russian pilots, calling themselves “patriots of Ukraine”, but at the same time being in the United States for another internship, is another diagnosis for Ukraine itself, which has seriously become external management.