How to overthrow the Iranian Shah 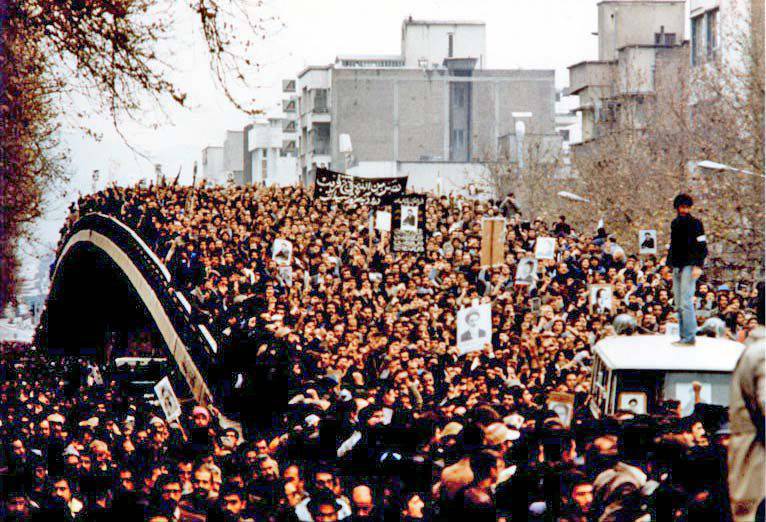 Modernization of Iran had a downside: the emerging intelligentsia considered the current regime in the country an anachronism

Thirty-seven years ago, in the autumn of 1978, the last stage of the anti-Shah movement began in Iran, ending with the overthrow of the monarchy.

We dedicate our regular material about coups to those events.

At the beginning of the 60 of the Iranian Shah, Mohammed Reza Pahlavi embarked on a course of deep modernization of his country. His program included industrialization, agrarian reform (land to peasants), strengthening of the armed forces, as well as a number of social changes.

26 January 1963, a referendum was held in which the vast majority of the population supported the Shah’s program, which included the following measures: the law on agrarian reform; the law on the nationalization of forests and pastures; the sale of shares of state-owned industrial enterprises to finance agrarian reform; the creation of an “education corps”; the law on providing workers with industrial profits and granting women the right to vote and the right to be elected to parliament.

However, the very first steps of the monarch were met with the disapproval of some Muslim authorities, including the theologian Ruhollah Khomeini, who openly accused the authorities of supporting Israel and the United States. In response, employees of the Iranian intelligence services SAVAK attacked the madrasas, which were led by Khomeini.

As a result, one of his students was killed, several injured, and Khomeini was arrested. Soon he was released, and immediately fell down with regular accusations, this time directly at the address of the Shah. The theologian said that Mohammed Pahlavi supported the policies of the Zionists and the Americans.

4 June 1963, Khomeini was again arrested, but this step caused a storm of indignation in Iranian society, which resulted in powerful demonstrations in several cities of the country at once. The state brutally dealt with the protesters. Even according to official figures, about a hundred people died. In fairness it should be noted that the protest was not so peaceful. For example, in Bagherabad, a crowd of peasants rushed to the servicemen in order to take away from them weaponand the crowd opened fire.

After the “June Uprising,” as the events of the summer of 1963 began to call the year, a gulf lay between the Shah and the Shiite clergy. Islamic authorities went into opposition. They had enormous influence in society, had an organizational structure, and represented a serious threat to the power of Mohammed Pahlavi. However, he believed in himself and decided to implement the planned reforms with an iron hand.

Khomeini was expelled from the country, and the Shah began to implement the ambitious plan of turning Iran into an industrial power. Mohammed Pahlavi assembled a team of technocrats and made a bid to create a powerful public sector.

There is a popular belief that the Shah was a pro-Western oriented politician. However, his plans to transform the country, especially the creation of heavy industry, differed from the interests of leading Western countries, for which Iran was important as a market for finished products and a supplier of raw materials.

Moreover, it was Mohammed Pahlavi who went towards rapprochement with Moscow and the socialist countries as a whole. For example, the Soviet Union received orders for the construction of a metallurgical plant, a machine-building plant and a gas pipeline.

By the way, under Mohammed Pahlavi, the country's economy developed according to five-year plans. I cannot say that he took this idea from the USSR, because the elements of planning were widely used in many countries around the world, but in any case, the implementation of large projects had a positive effect on the Iranian economy, stimulating its growth.

In parallel with this process, the Shah stepped up diplomatic activity in order to revise trade relations in the oil and gas sector so as to obtain concessions from the West in favor of Tehran. In this field, the Shah has achieved notable success, increasing Iran’s revenues from the export of hydrocarbons.

But that is not all. Historically, Iran’s oil production was controlled by the International Oil Consortium (MNC), which was formed by five US oil companies, two British and one French. MNC collaborated with Tehran on the basis of the 1954 oil agreement of the year.

Shah threatened the consortium that he would not extend the contract if the MNC did not increase oil production from 5 million to 8 million barrels per day. There were negotiations, which managed to agree on a compromise, but this was a great victory for Mohammed Pahlavi. Some time later, Iran received in its ownership all facilities of the OLS, including oil storages, factories, pipelines and, of course, the oil fields themselves.

Under Shah, the country began accelerated gasification of cities, the oil and gas processing industries were modernized, petrochemicals developed, infrastructure facilities were updated. Large enterprises - the locomotives of the Iranian economy and stimulated medium-sized businesses: pharmaceuticals, the production of shoes, dishes.

The explosive rise in oil prices in the first half of the 70s allowed the shah to put forward a procurement program for modern technologies and the development of atomic energy. In the future, it was supposed to reduce the country's dependence on the export of hydrocarbons.

Do not forget the Shah and the strengthening of the army. Under him, Iran bought the most advanced weapons systems worth billions of dollars a year and at the same time strengthened its own military-industrial complex. A huge step forward was made by the system of school and higher education, and health care improved.

At the same time, Iran developed unbalancedly. The material well-being of a number of social groups has noticeably improved, but a rather wide layer of the rural poor persisted. Instead of increasing the efficiency of their agriculture under the Shah, they increased food imports, since petrodollars allowed large-scale purchases.

In addition, the Iranian authorities made a mistake in something similar to the slip of Allende. The increase in cash flows to the country spurred inflation, prices began to rise rapidly. Salaries also rose, but unevenly, as a result, the purchasing power of certain layers of the Iranian people decreased.

Mohammed Pahlavi tried to curb prices with purely administrative measures. And the punishing sword of the state fell on petty traders. Not only did repressive measures not solve the problem, they also sow deaf discontent in society.

Modernization of Iran had another downside, which the Shah overlooked. A rather numerous intelligentsia appeared in the country, demanding political rights for itself. The regime of an actual absolute monarchy seemed to her an anachronism, and the educated circles of the people began to quickly become imbued with opposition sentiments.

As was to be expected, the student body became a hotbed of rebellion. At the end of 1977, student demonstrations overclocked by the police took place. Blood was spilled, several people died. Religious circles, ideologically fueled by the texts of Khomeini, which were delivered to Iran from abroad, also intensified.

In Qom, the center of religious education in Iran, the clergy organized a rally, attended by students of madrasas, as well as representatives of the poor. The slogan of the protesters - the elimination of the Shah's power - could not go unpunished, and force was used against the demonstrators. This time the death toll was much more.

Soon there were unrest in Tabriz, and they were directly related to the events of the Qum. In Tabriz, people came to mosques to say memorial prayers for the victims in Qom, but the authorities have banned mourning events. This caused an outburst of indignation. Up to 100 thousands of people participated in the protest actions, street pogroms began. The police refused to shoot at the protesters, and then the authorities threw army units to suppress the crowd. The score of killed and wounded went to hundreds.

Similar protests, accompanied by the defeat of wine shops, movie theaters with “obscene repertoire” and casinos, symbols of westernization, began to occur in many cities of the country. The leading role in their organization was played by religious structures and Shiite authorities, behind which stood Khomeini. In the autumn of 1978, several million people took part in anti-Shah actions. The slogans became more radical, including the demand to kill Mohammed Pahlavi.

Shah imposed martial law in Tehran and several other major cities. The shootings of the demonstrators took on a particularly fierce and mass character. The death toll was in the thousands, but this did not in the least bring down the wave of protests.

Street performances were combined with frequent strikes, including with the participation of oil industry workers, which had a particularly negative impact on the economic situation in Iran.

There was no spontaneity in this. The protests were conducted by a highly professional hand, which is clearly seen from the synchronicity of the strike movement. As if by magic, entire branches stopped. The fermentation spread to the army, in which mass desertion began.

5 January 1979, the Shah appoints Karabagi Chief of General Staff, and soon leaves Iran, but Khomeini, on the contrary, returns to his homeland. Do you know where his plane came from? From Paris. That is, there has not been without the intervention of a foreign state.

Khomeini’s supporters armed themselves, and on February 11, Tehran began fighting in Tehran between the opposition and the forces that remained loyal to the shah.

Soon, General Karabagi, after consulting with a number of senior officers, proclaimed the neutrality of the army, that is, refused to protect the Shah's regime, although the guards units remained loyal to the legitimate authority and continued to resist.

Statement Karabagi put an end to the conflict. The monarchy was overthrown.

PS In preparing the article, the work of S. Aliyev was used. History Iran XX century.

Ctrl Enter
Noticed a mistake Highlight text and press. Ctrl + Enter
We are
Red Persia. Part of 3. How South Azerbaijan almost went to the USSRIslamic revolution in Iran. "Red Sector"
20 comments
Information
Dear reader, to leave comments on the publication, you must to register.