Salt of the land of Syria

October 19 2015
8
The United Nations Refugee Commission issued an update on the number of refugees from Syria. The data in the course of his speech was presented by UN Secretary-General Ban Ki-moon. According to the UN Secretary General, the committee’s specialists, having assessed it, established that the number of Syrian citizens who left the country in recent years exceeded 4 a million people. The site of the UN High Commissioner for Refugees indicates the following number of immigrants from Syria: 4 million 185 thousand. 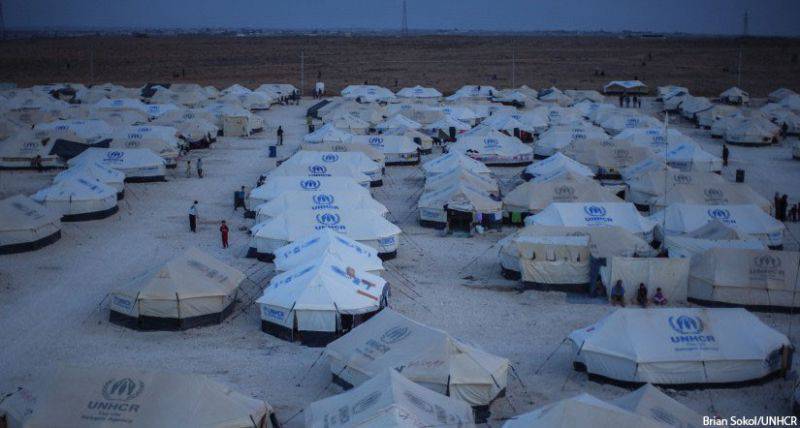 If we take into account the fact that by the time the bloody Syrian conflict began, about 21 million people lived in the country, it turns out that almost every fifth Syrian has become a refugee.

The UN Secretary-General provided information on which countries have the largest flows of Syrian immigrants. For obvious reasons, these are mainly neighboring states with Syria.

The real champion in admitting Syrian refugees is Turkey. Since the beginning of the conflict, more than 2 millions of Syrian citizens have moved to this country, the overwhelming majority of whom remain in Turkish territory today.

The second place in terms of the number of refugees accepted on its territory is occupied by Lebanon. Indicates the number in 1,078 million. This is almost a quarter of the population of Lebanon itself!

In the top three - Jordan. Almost 630 of thousands of refugees moved here from Syria.

However, not all Syrians who fled the war to the same Jordan or Turkey remain in these countries. After passing through the Turkish refugee camps, more than 200 thousands of people from Syria went in search of happiness to the countries of the European Union. More than a hundred thousand went to Europe through Lebanon.

The statistics of the UN High Commissioner for Refugees shows that since 2011, in the European Union countries, more than half a million Syrian citizens (507 thousand people) have applied for asylum.

Against the background of the continuing mass exodus of the Syrians from a country in flames of armed conflict, a new trend began to be observed. Citizens of Syria belonging to the most diverse ethnic groups (Arabs, Kurds, Armenians, Assyrians, Syrian Turkmen) rush to the western (coastal) province of Lattakia - not to leave it through the main port of the country, but to Latakia stay. The main reason, according to the same settlers, is that here are Russians.

In Latakia, with the support of the Russian mission, specialized centers are being established to accommodate refugees, and humanitarian aid delivered from the Russian Federation is distributed. In the end, in Latakia, Russian forces are concentrated, which participate in the air support of the Syrian government army offensive, and the Syrian immigrants from other Syrian territories arriving in this province (governorate) are perceived as one of the security guarantees.

The immigrants arrive in Latakia from Aleppo, Homs, northeastern provinces of Syria, where militants still have great influence, and where dozens of localities are under total control of terrorist groups - the so-called Islamic State or Dzhebhat al-Nusra.

Attention is drawn to the fact that these people declare their full support for the actions of Russia in Syria. Moreover, it is especially important that representatives of the most diverse ethnic groups and religions speak about this. If the Western propaganda machine is trying to present Russia's intervention in the conflict in Syria as "power support for the Alawite (Shiite Islam) in the war against the Sunnis," the majority in Syria, then at the accommodation centers of immigrants in Latakia, words of gratitude to Russia are expressed as Alawites, so are the Sunnis. And they express it for the simple reason that Russia does not divide terrorists into “good” and “bad”, “moderate” and “radical.” Russia, knowing firsthand what terrorism is, is directing its efforts towards the destruction of the infection sponsored by third forces. The West is still trying to declare that, they say, “there are constructive democratic forces among the militants,” but the absurdity of these statements is becoming more and more obvious. And the fact that separately taken forces in the USA or in “democratic” Saudi Arabia and Qatar are accustomed to the model of feeding terrorists of all stripes does not mean that the Syrians themselves are ready to accept the situation on the same principles.

Terrorism is an evil that has no religious principles, although the representatives of the terror machine themselves, cutting off the heads of their co-religionists and carrying out terrorist acts in mosques, are trying to prove the opposite in an absurd way. We are supposedly for faith, for the purity of Islam. Of course, of course ... Apparently, it is for the sake of this “cleanliness” that the militants grind the fates of millions of Muslims who lose their homes, health, and often life.

However, any war once ends, and today it is quite possible to ask the question of what is the future of Syria after the liberation of this country from the terrorist octopus? It is difficult to give an unequivocal answer to this question, but with a great deal of confidence we can say that the society itself in Syria after the terrible conflict will undergo cardinal changes. 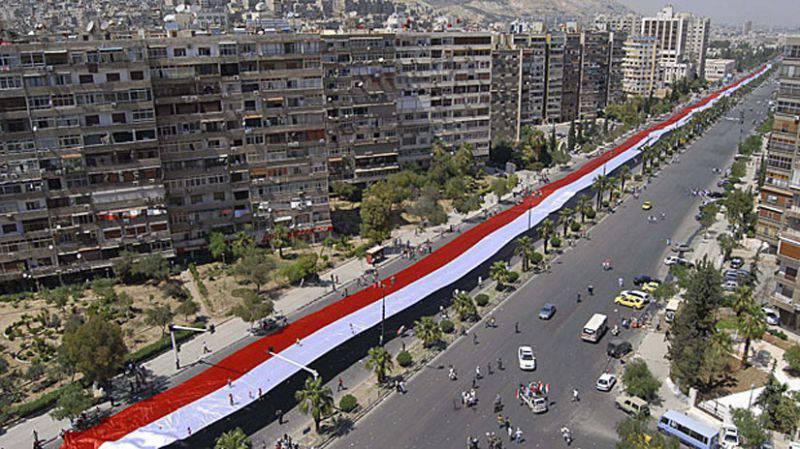 Firstly, for people who have been tried and continue to try to share and play off with each other, simply, by definition, there is no choice but to follow the path of rallying, regardless of ethnic or religious affiliation. Of course, local mass media, heads of religious groups, should play their role here, if, of course, the main goal is to preserve the country without further transforming it into a Libyan variant with an ongoing inter-clan struggle.

Secondly, if you can put it that way, the very ideological backbone of the new Syria may well be precisely those of its citizens who did not leave the borders of Syria and remained with the hope of restoring peace. These are people who have decided to resist the terrorist threat to the end, often sacrificing themselves for the sake of the unity of the country in which they were born, grew, studied, worked, and which foreign ideologists of global chaos decided to cut into their own patterns. Of course, it is impossible to condemn those who, fleeing from the war, were forced to seek good luck in the same European Union, but there is an opinion that they will hardly be able to become the backbone of the government in the near future. The backbone of Syrian statehood today is precisely those who remained in the country, who were forced to weapon, to resist the terrorist plague, and who, after defeating it, is ready to change the military camouflage of the Syrian militiamen to civilian clothing — to return to their profession in order to begin the restoration of the unconquered Syria. The salt of the land of Syria is about them.

We are in Yandex Zen
Refugees from Syria. Will Russia accept immigrants from the Middle East?
Slippery Ban Ki Moon
8 comments
Information
Dear reader, to leave comments on the publication, you must to register.