Memory sake. In the Donetsk Museum of the Great Patriotic War, a diorama of the battle at Saur-Grave opened 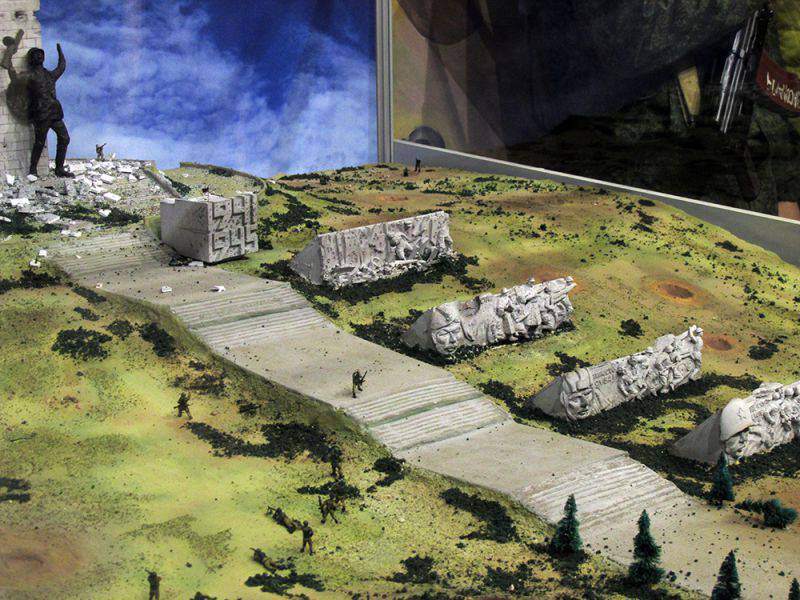 On October 15, a diorama was opened in the Museum of the Great Patriotic War of Donetsk, depicting a battle at Saur-Tomb in the summer of 2014. 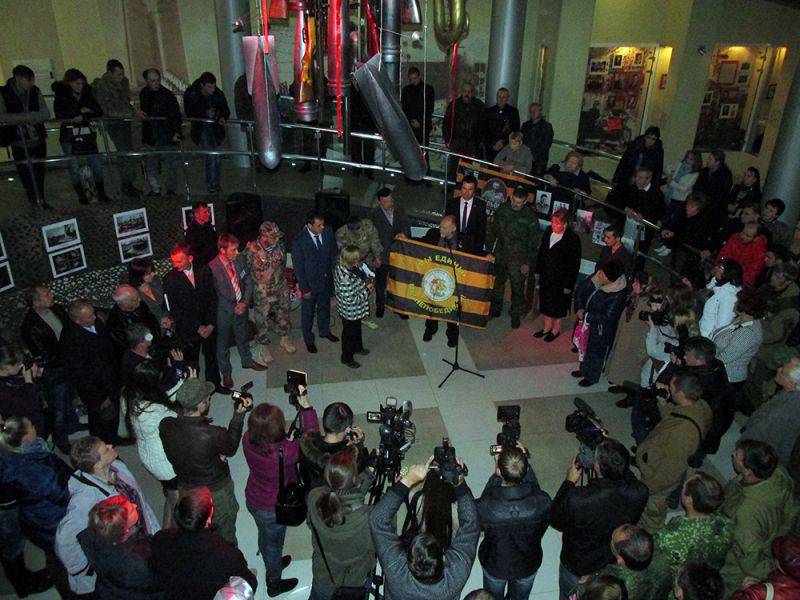 The museum was crowded - his room could hardly accommodate the number of people who came to the opening. These are also relatives of those who gave their lives fighting there, at Saur-Tomb; and direct participants of those hot battles; and journalists, and just sympathizers. The Deputy Commander of the Corps of the Ministry of Defense of the DPR, Eduard Basurin, the Minister of Culture, Alexanr Paretsky, the deputy of the People’s Council, Yuri Sivokonenko, as well as guests from fraternal Russia, also came. 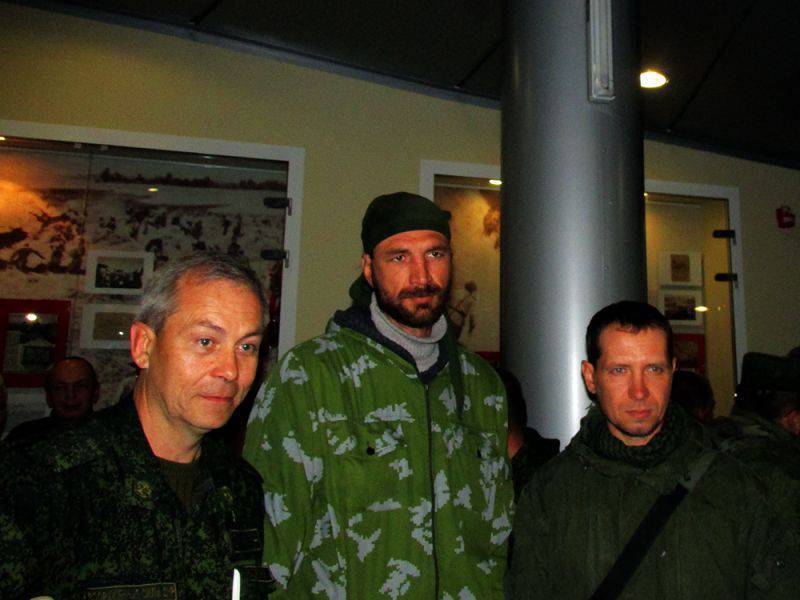 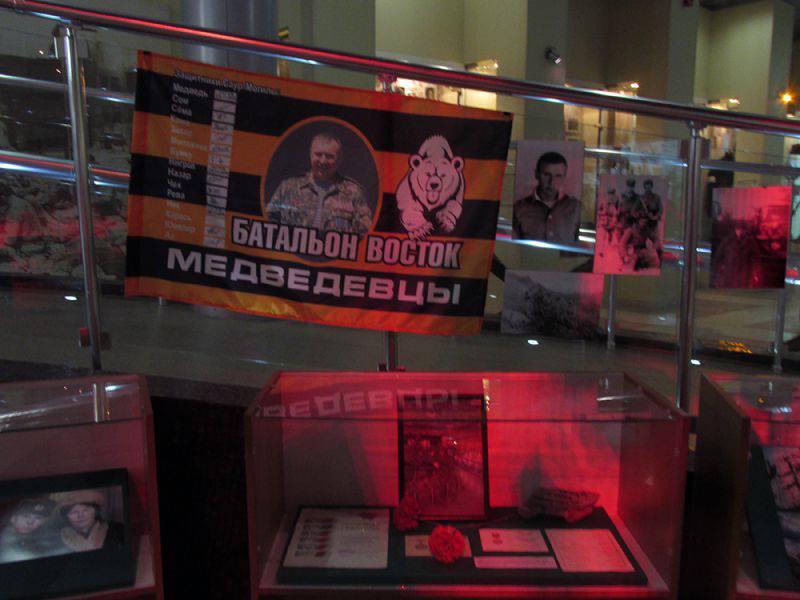 There was one touching moment: when the organizers gave the floor for the speech to Oleg Sotnikov, the call sign “Som”, he transferred his right to speak to Tatyana, the widow of the DPR Hero Oleg Grishin, and the call sign “The Bear”. This is the same commander, a memorial plaque in memory of which was opened the day before in the courtyard of the school where he studied. Today Sotnikov heads the unit commanded by Grishin. 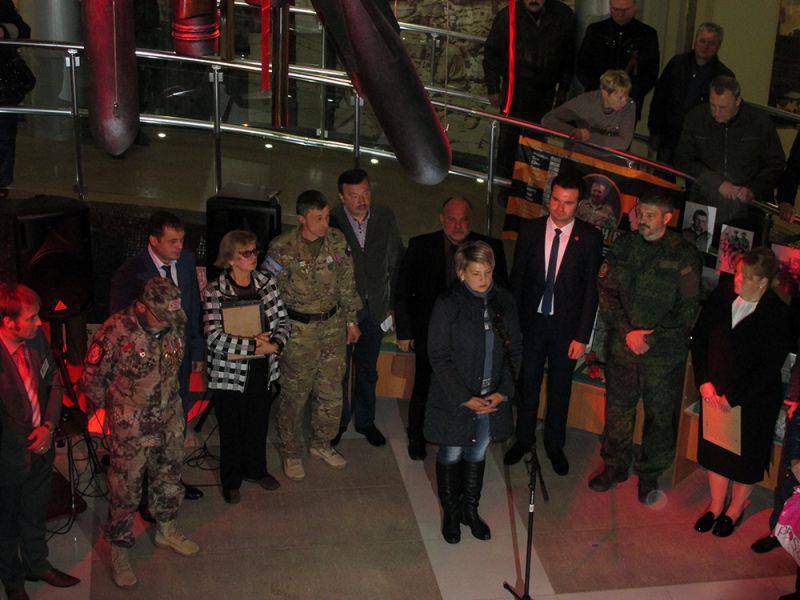 A diorama of one and a half meters and a half was made by guys from the Donetsk military history club, who have long been engaged in similar layouts, and their works were previously represented in the museum. And the idea of ​​creating a diorama belongs to the Union of Veterans of Afghanistan - after all, many of those who performed international duty in that hot spot were again forced to take weaponto protect your homeland already. 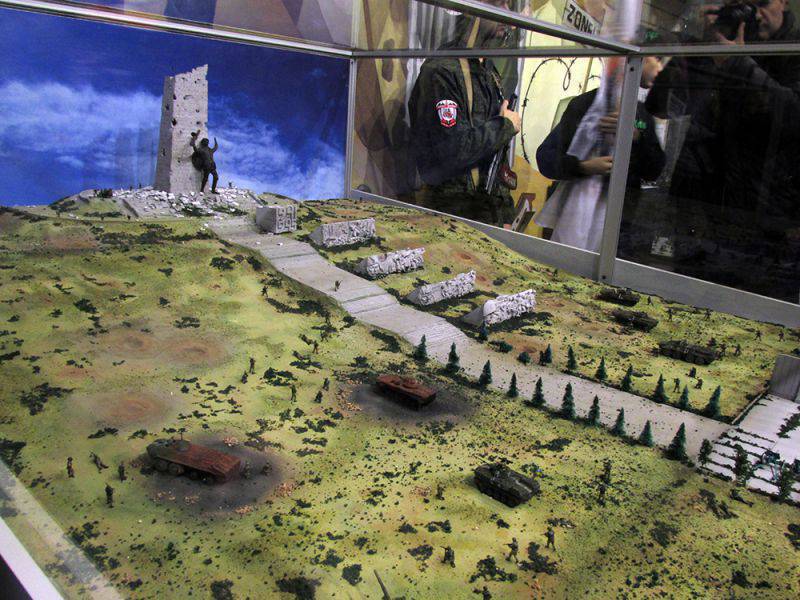 The layout consists of 150 figures - these are both the DPR fighters, and the enemy soldiers - the Armed Forces of Ukraine, and military equipment. Depicted that moment of hostilities, when the memorial on the legendary mound was still almost intact. The creators of the diorama worked closely with those who directly fought at the Saur-Grave then: they told where the militia were located, where superior enemy forces came from ... 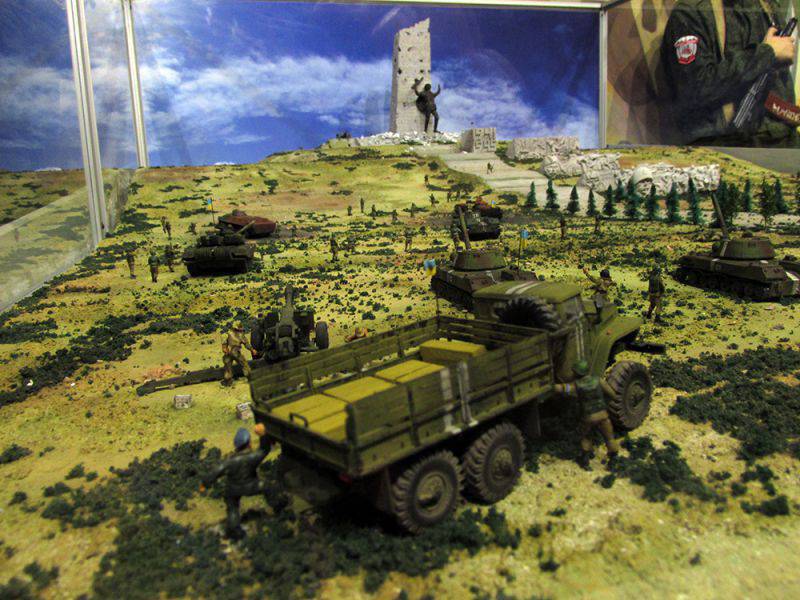 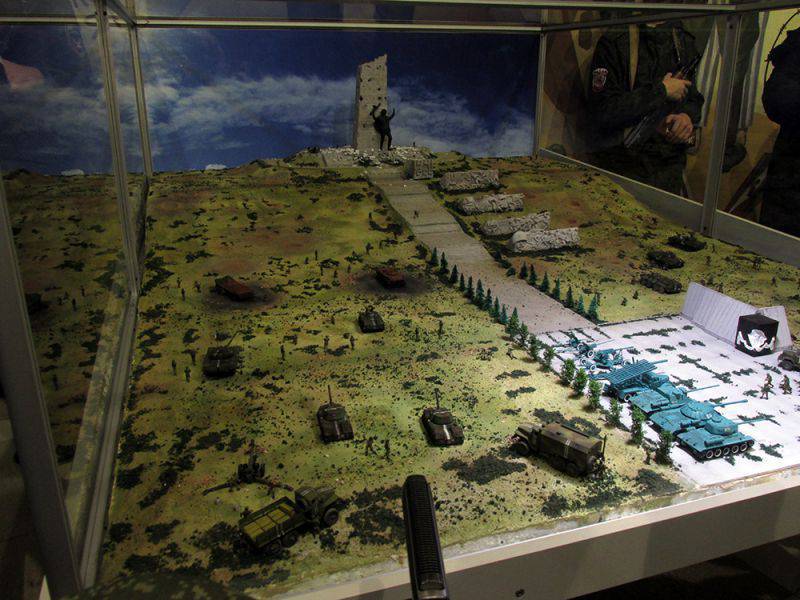 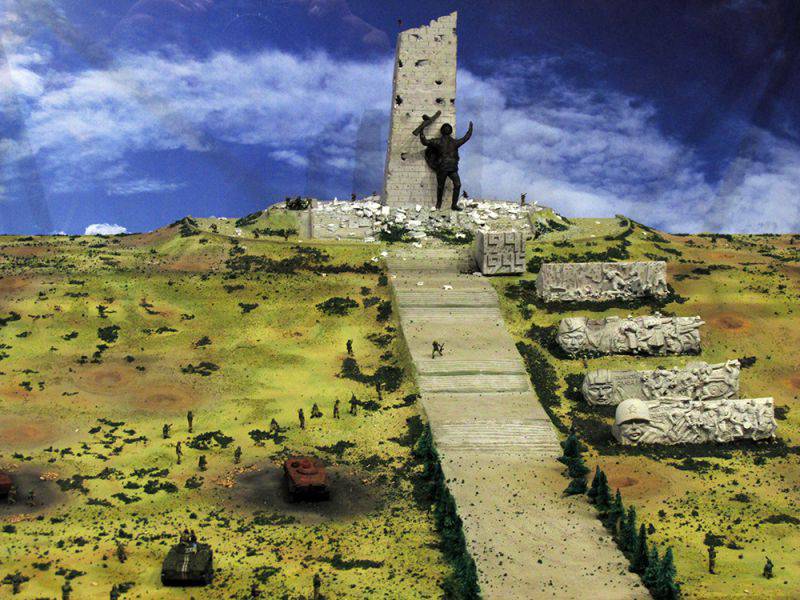 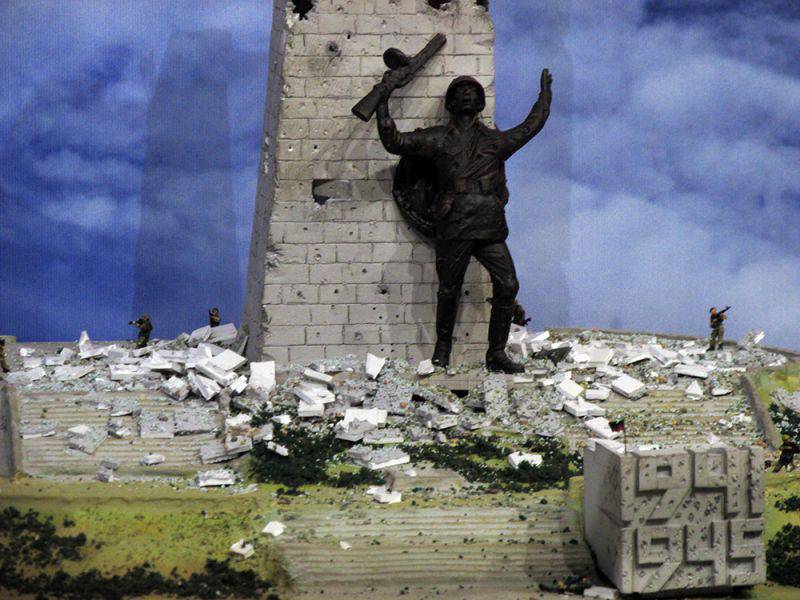 As the Minister of Culture of the DPR Alexander Paretsky said, the discovery of a diorama confirms the fact that the Republic pays tribute to the people who gave their lives in the struggle for the Russian and Slavic world.

Another diorama dedicated to the same tragic and heroic events is planned to be opened in the Museum of Regional Studies of Donetsk, the very one that was severely damaged by shelling from the Ukrainian side. Chairman of the Union of Veterans of Afghanistan, Vladimir Savelov, said that in that future diorama, its creators want to depict the full number of armored vehicles, so that it can be immediately seen how much the forces of the Armed Forces of Ukraine are superior to those of the Republic’s defenders.

According to the recollections of the participants in the battles for this important strategic height, the enemy threw more than 60 armored vehicles and approximately 600 punishers into a small group of militias.

Only the unprecedented heroism of the defenders of Novorossia allowed him to win, truly like a miracle.

Next to the diorama is a small photo exhibition featuring portraits of fighters. One of them - with the call sign "Nick" - with a mourning ribbon. He did not return from that fight ... 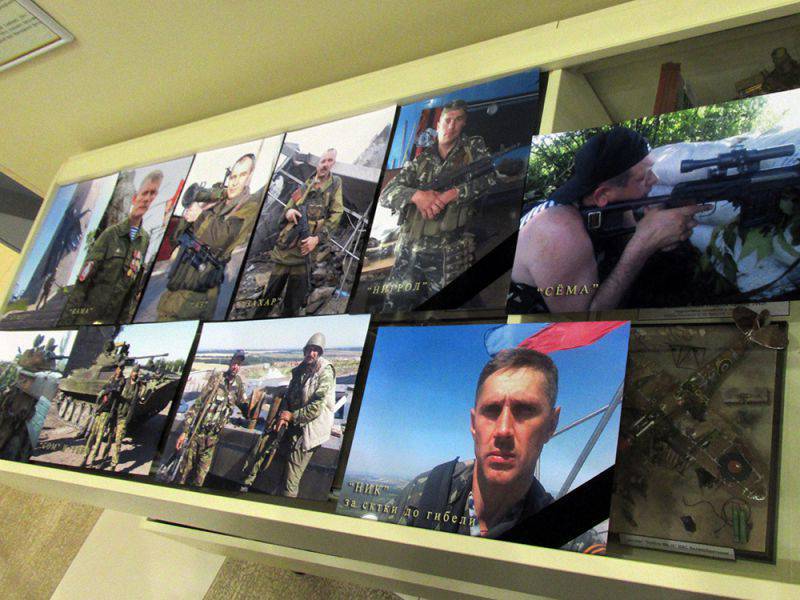 After the opening of the diorama, all those present were invited to the museum cinema. A small film about the hero Oleg Grishin was shown there. 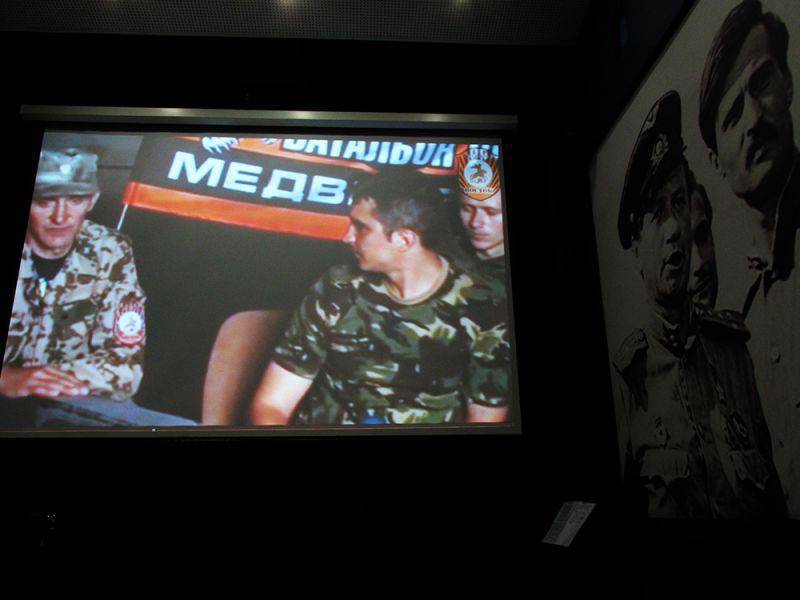 On the screen, the soldiers of the Vostok battalion share memories of the commander, behind whom, according to them, one could go anywhere. But Oleg's widow Tatyana and his two daughters recall that Oleg was a real man, for whom they felt like behind a stone wall ... 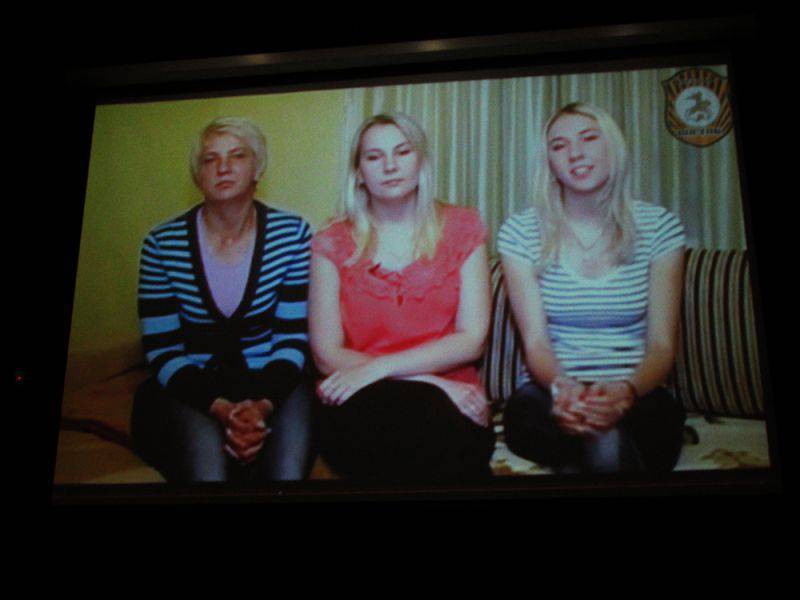 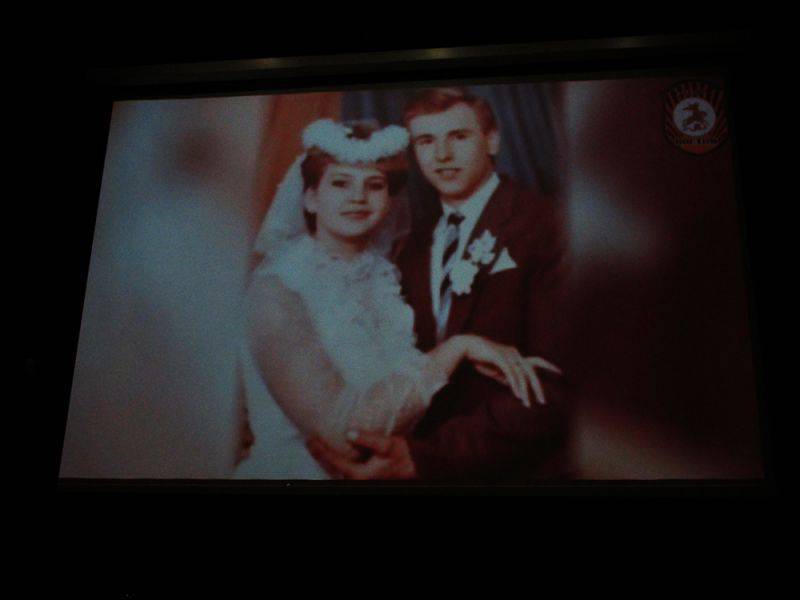 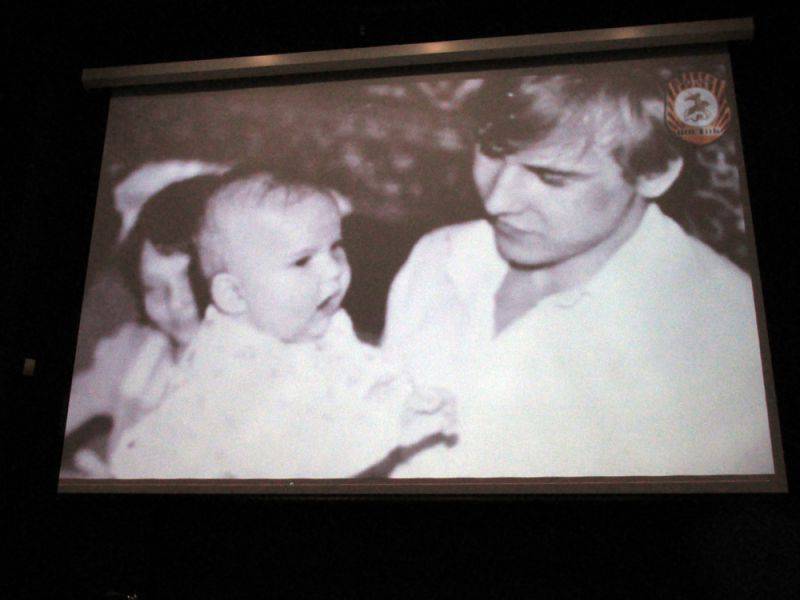 At the same time, O. Grishin's relatives themselves were right there in the cinema hall, in the first row. 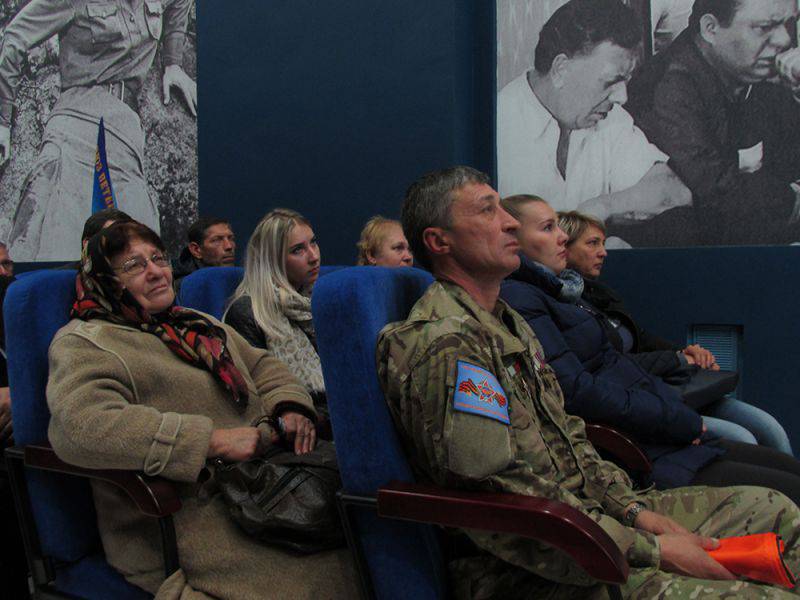 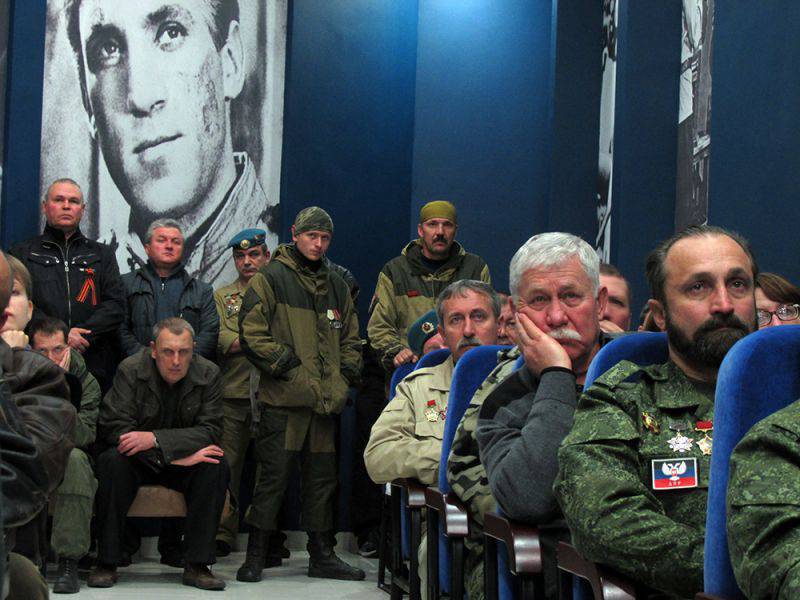 The memory of all the fallen was honored by standing. After that, singer Oleg Veter, as well as other performers, sang songs that were composed quite recently. 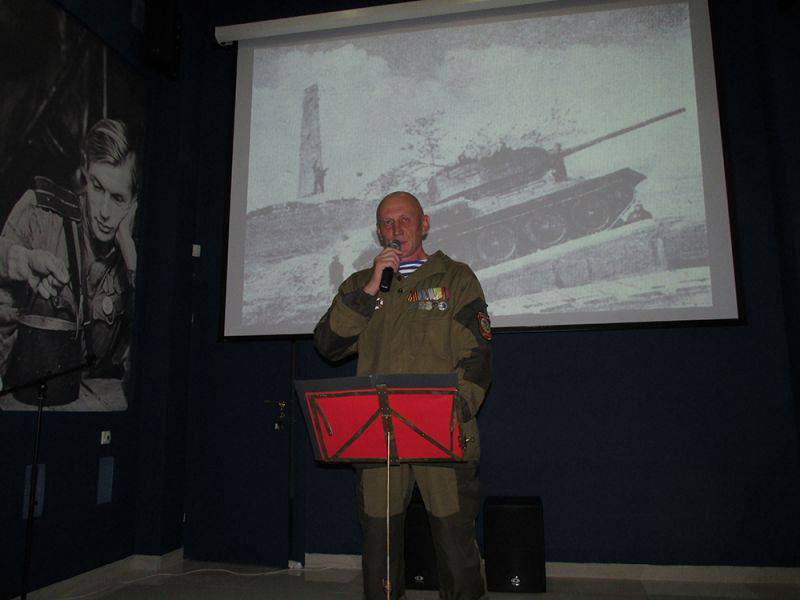 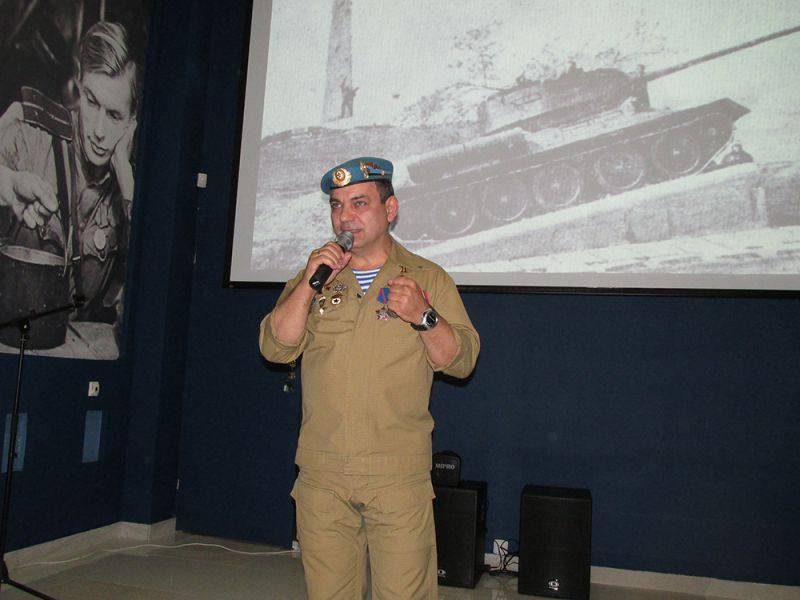 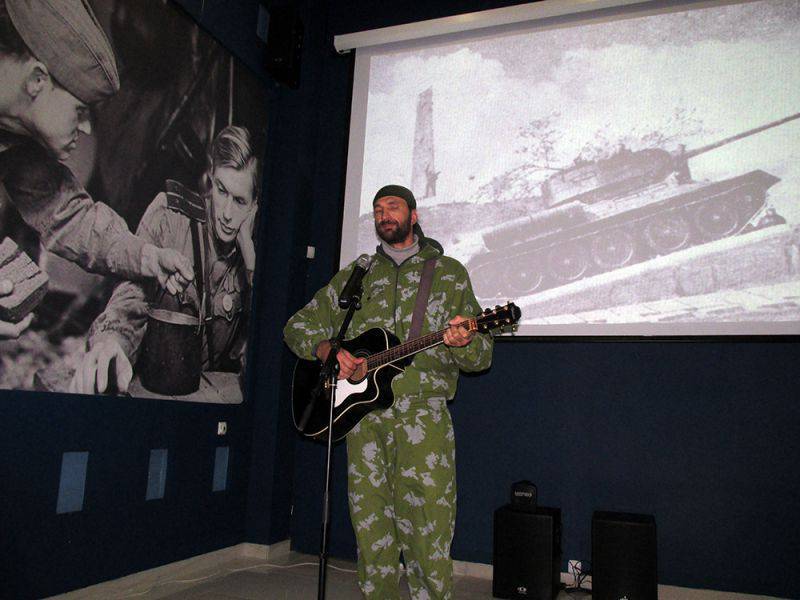 Many works have already been born in which the feat of those who defended the Donbass is glorified. There will be others. The heroism of the defenders of Novorossia will be immortalized in monuments, in dioramas, in songs, and in literature. And most importantly - all the fallen will live in the hearts of their friends, relatives and all the people.

We are in Yandex Zen
In Donetsk, opened a memorial plaque in memory of the hero Oleg Grishin
Winds over Saur-Grave
14 comments
Information
Dear reader, to leave comments on the publication, you must to register.