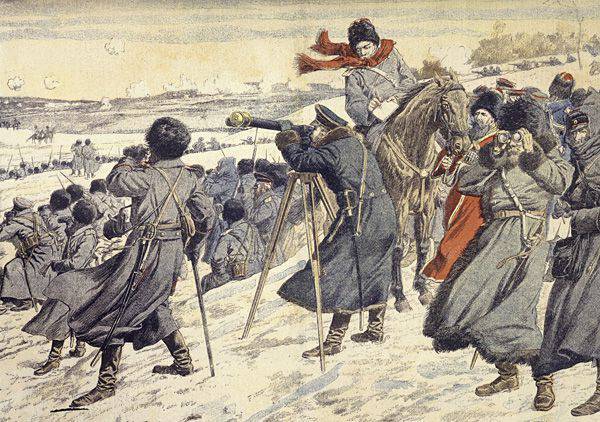 And the development in the country of the revolutionary movement forced the police and gendarmerie almost completely switched to fighting it. At the same time, the general development of undercover intelligence caused the urgent need to strengthen the organization of counterintelligence services, especially since such countries as Germany and Japan, which were leading at that time in the area of ​​secret intelligence, launched extensive spy networks in our country.

By the time the Russo-Japanese war broke out, the Japanese had flooded with their agents practically all the important, in their opinion, points of the planned theater of military operations. Tight spies settled in Manchuria and the Ussuri region. There they lived under the guise of various merchants, hairdressers, tailors, laundresses, hotel managers, brothels, etc. A lot of Japanese agents operated in the European part of Russia. Among them were Greeks, Englishmen, Austrians, Jews, persons of other nationalities. During the war, a wide network of agents, deployed by enemy services in the rear of the Russian troops, often had a decisive influence on the course of certain operations. Meanwhile, the domestic counterintelligence, which does not have a proper organization, could not provide adequate resistance to enemy agents.

One of the most acute problems of Russian counterintelligence in the theater of operations was the lack of personnel. There were not enough field gendarmes in Manchuria, and there were no experienced detective agents. It should be noted that the field gendarmerie began to arrive in the Far East in extremely limited quantities and only by the end of 1904. By the end of the war, only four half-squadrons had assembled.

In the winter of the 1905 of the year, shortly after the battle of Mukden, a certain Mr. Persits was sent to Shershov, who was a private of the 4 Zaamur railway battalion. Persits knew foreign languages ​​and had time before the war to serve in the detective police, and this attracted the attention of the command. He was assigned to search for spies, and priority was given to the Europeans, and the tacit oversight of them. Persits was sent to Harbin, then considered a hotbed of Japanese espionage. The organization of counterintelligence activities and, management through Lieutenant Colonel Shershov, were allocated 1000 rubles per month. Unfortunately, Persits did not live up to expectations, and this whole undertaking ended in failure. The reconnaissance report stated that Persits was "morally untenable and could not find high-quality detective agents."

More successfully in this period were fighting with enemy scouts from among the Chinese. Tifontai’s agents managed to uncover several spy groups, in particular, the largest in Maimayka and Gongzhulin. Unfortunately, such successes were very rare. Agents of the head of the transports N.A. Ukhach-Ogorovich, could not achieve significant results. The intelligence units of the Russian army in that war paid very little attention to the fight against enemy agents. 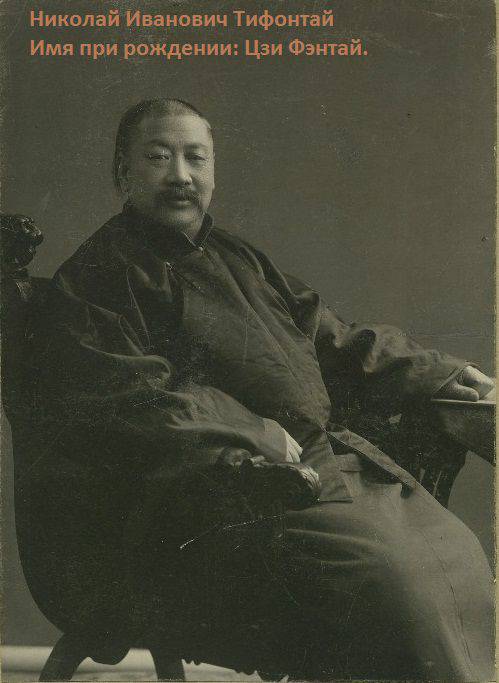 There was confusion and confusion in everything. On the one hand, counterintelligence functions were within the remit of officers who were engaged in reconnaissance organization, and on the other hand, there was an order of the military department No. 62 for 1890 a year, according to which, during wartime, the intelligence units were not obliged to neutralize enemy spies. In mid-May 1904, the Manchurian Army Intelligence Division attempted to establish tacit surveillance of individuals suspected of being Japanese intelligence agents. This was supposed to be done with the help of a Korean translator sent to the department. However, nothing came of this attempt.

In the initial period of the Russo-Japanese War, many people of different nationalities were arrested at the headquarters of the Manchurian army and were detained by our troops on suspicion of espionage and sabotage. But this did not last long. 6 September 1904, the commander of the Manchurian army, in its order No. 1540, demanded "all detainees to be sent to the army's military-police oversight bodies, and only those who may have any information about the enemy should be sent to the intelligence department." The reason for making this decision was explained as follows: "... these people were sent for the most part without the necessary information about where, when, by whom and for what reason they were arrested. Therefore, the intelligence department was forced to spend a huge amount of time every day to arrest these individuals to establish their identity and determine their guilt. This order of things, diverting intelligence officers from their main duties and placing them on a number of duties of the military police, caused the appearance of an order from the army m Manchu army. 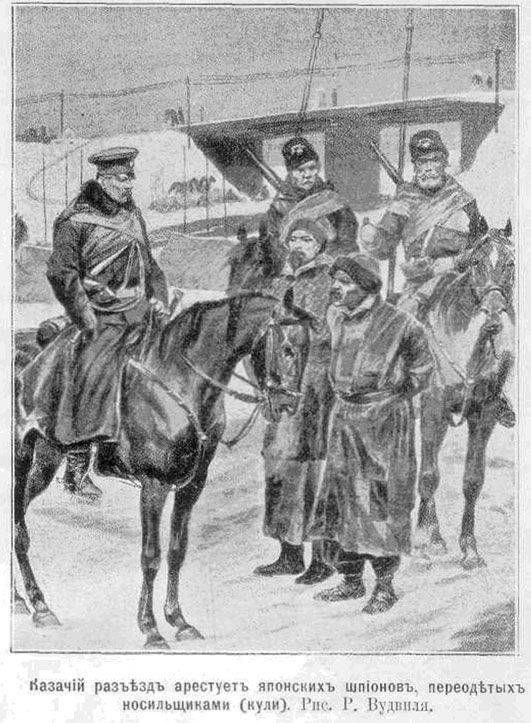 Thus, the intelligence department of the Manchurian army actually abandoned its counterintelligence functions. The same picture was also observed after the reorganization of the Manchu troops into three armies, with the formation in each of them of their own intelligence unit. Meanwhile, as already indicated, the field gendarmerie, due to its small size, could not cope with the enemy agents, especially since it had to confront the revolutionary movement and deal with criminal elements. As a result, the exposure of Japanese spies were, as a rule, random.

Here is one typical example. Japanese lieutenant Komayi, along with non-commissioned officer of Whom, was dressed by Chinese peasants and for greater resemblance they tied artificial braids to their heads. After that, we made our way through the Russian guard line and went deeper into our defense 20 kilometers. Without any suspicions, without arousing any suspicion, they reached the village of Taisuha. And exposed them completely by accident. One Russian soldier, having decided to joke, jerked Whom by the false braid, which, to his surprise, pulled away and remained in his hand. The soldiers came in time and twisted the Japanese. Japanese court scouts committed by Japanese scouts were shot. In total, during the period of the Russo-Japanese War, there were four cases of exposure of disguised Japanese soldiers.

Yet by the end of the war, thanks to the initiative of individuals, the work of Japanese intelligence began to misfire. This was also explained by the fact that spoiled by almost complete impunity at the beginning of the war, Japanese intelligence officers gradually lost their caution and resorted to more and more primitive methods of conducting intelligence. Meanwhile, the Russians gradually raised their vigilance. Those captured in the positions of local residents were immediately sent to the headquarters of the unit, where they were destroyed after a short trial. However, sometimes, the executed Chinese were not to blame for anything. During the Russo-Japanese War, some of the leaders of the Khonghuz gangs, along with their people, went to the Russian service and participated in the capture of Japanese spies.

On the pages of newspapers and magazines for 1904-1905 years, and in particular, in the popular newspaper "Russian invalid", sometimes printed notes about the exposed Japanese spies, not only in the frontline zone, but also in St. Petersburg, and in other cities located in European part of Russia. For example, two Austrians were arrested in Yekaterinoslavl while trying to get data from the clerks of the office of the military commander on the results of the ongoing mobilization. However, such cases were quite rare. 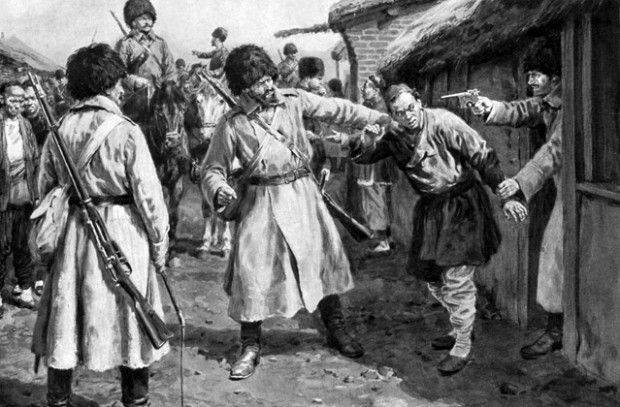 Special mention should be made of the so-called "indigenous hundreds" formed during the war years in the rear of our army, identifying Japanese agents and civilians sympathizing with the Japanese. In addition, these “native hundreds” collected intelligence information, delivered dispatches, etc., among other things, they also solved problems of a counter-intelligence nature. The idea of ​​creating such units was entirely borrowed from the enemy. At the end of 1904, the Japanese began to widely engage Hunhuz troops in the service, supplying them weapons and reinforcing small detachments of volunteers from the number of personnel soldiers. These formations conducted intelligence gathering, organized terrorist acts against the local population, trying to intimidate and incline them to the Japanese side.

At the very beginning of 1905 of the year, by order of Commander A.N. Kuropatkina, the Russian command began to form similar units called the "native" or Russian-Chinese hundreds. Each hundred included ten Russian volunteers and one hundred Chinese soldiers. The commander of the detachment was a Russian officer and a Chinese officer subordinate to him. In the line of battle, the "native hundreds" submitted to the chief of staff of the rear of the active army. To work on the territory of Mongolia, the "native hundreds" were formed by the headquarters of the rear and districts of the border guards from the Mongols. In the instructions to the commanders of the "native hundreds", signed by Major General N.S. Glinsky recommended: "... people who are hostile to the Russians are constantly monitored and, if only they have the opportunity, remove them from their site in any possible way, but this should be done so that there are no undesirable complications with the authorities and the population" .

However, it should be noted that the "native hundreds" could not justify the hopes placed by the Russian command. We must not forget that the Chinese population was hostile to the Russian troops and similar units were recruited, for the most part, from the criminal elements of society. Inside the “hundreds”, the situation with discipline was unimportant, the language barrier prevented the establishment of good relations between their members. The exception was the "native hundred", formed at the expense of Tifontaya and held at the headquarters of the Commander-in-Chief. It was headed by a Russian officer, who knew Chinese and local customs well. He established severe discipline in his unit and, through sound management, achieved rather good results. In general, the "native hundreds" did not bring us significant benefits. The robberies and violence perpetrated by these formations forced the Russian command, in the end, to completely abandon them. 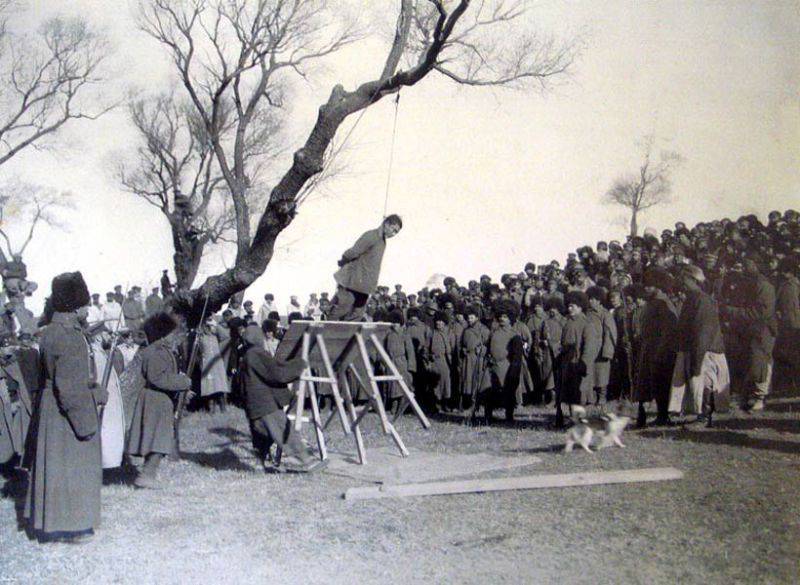 Summing up, it should be recognized that in the years of the Russian-Japanese war, the fight against espionage was ineffective, as there were no specialized military counterintelligence agencies, there was a shortage of personnel, money, there was organizational confusion. During the entire period of the war, counterintelligence activities were carried out sluggishly and unsystematically, which ensured extremely fruitful activity of Japanese intelligence. Thus, among other reasons that led Russia to defeat in this war, we should note the unsatisfactory work of counterintelligence.

We are in Yandex Zen
The quartering and arrangement of the army during the Russian-Japanese war 1904 – 1905.
Russo-Japanese War 1904-1905's. State of the Russian fleet. Bad luck and missed opportunities
6 comments
Information
Dear reader, to leave comments on the publication, you must to register.