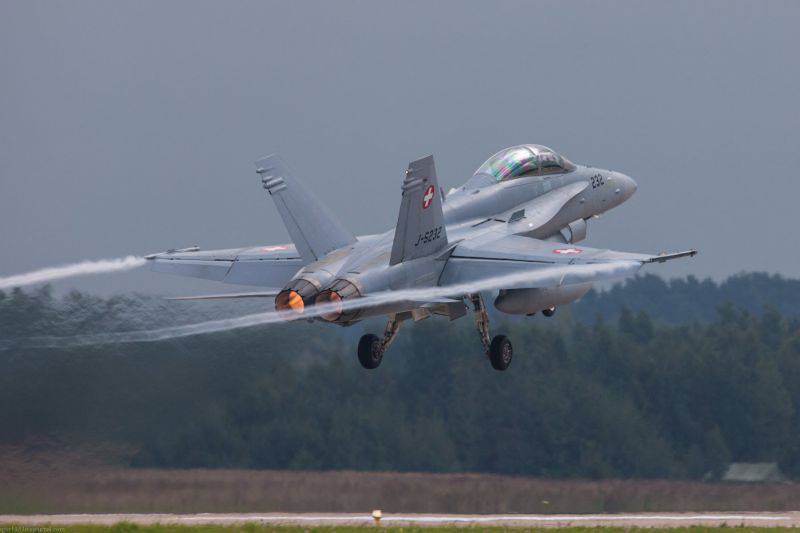 According to French media, “the aircraft of the Swiss Air Force carried out a training flight over unpopulated areas in the east of France, and the mission was wrecked in the Oak department”.

As the gendarmerie said, “the pilot managed to eject and was taken to hospital, there were no casualties among the population, because the plane crashed in a deserted area. "

F / A-18 Hornet - the main combat segment of the Swiss Air Force, their total number in the composition aviation - 31 units.

Ctrl Enter
Noticed oshЫbku Highlight text and press. Ctrl + Enter
We are
Swiss Air Force. Against all!The accidents of military aircraft in Russia over the past 10 years
Military Reviewin Yandex News
Military Reviewin Google News
40 comments
Information
Dear reader, to leave comments on the publication, you must sign in.