Syria is writing, Ukraine is in the mind

October 14 2015
82
So, by observing everything that is happening in the Middle East, a certain geopolitical conclusion can be made: the United States and its allies did not even have a fair click, but a blow to the nose. And the Middle East scenario has to be played, given the emergence of a new player - Russia. The appearance of a sudden, but spectacular. 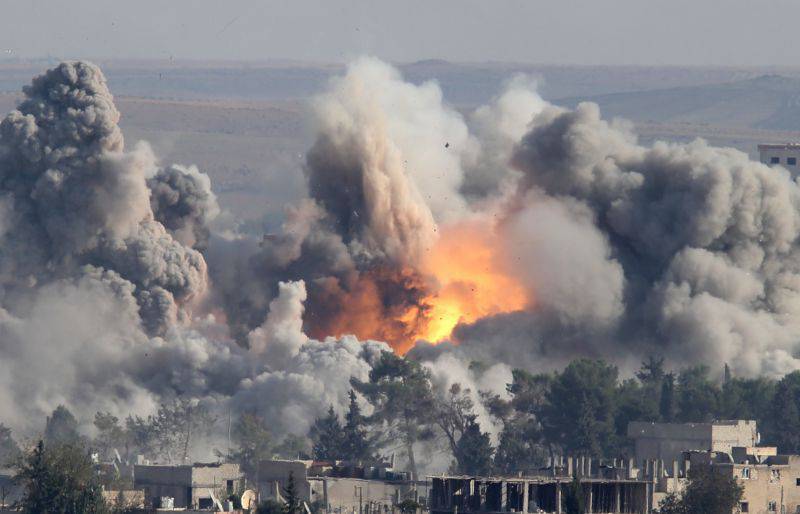 The fact that everything is just beginning for Assad may be debatable, but true. Just because no one will pass their positions. Neither Syria nor LIH, nor the United States and his followers. So the Syrian bonfire is still burning and burning. The blessing of those who want to splash gasoline on the fire even more than enough

But before the above, we, in principle, do not have much to do. We have our own shovel, which should be threshed. And this is what I’m talking about.

Yes, the position that Russia occupies today, to some of the "partners" is like a knife near one place. And the space around us will “stagger” with a double eagerness. Do something need something! You want, you do not want, and the Russian bear is necessary either in a cage or in hibernation. At the wrong time, he climbed into the light of day.

If you look at the map, there are plenty of "lights" around us. And even a cursory looking at the list of "fires", the picture is not very. Even if you subtract Syria, where the dance has already gone "with the removal of the stove" (forgive me, the Caspian Sea, which compared with the stove), the list is rather big.

1. Tajikistan (Afghanistan). Afghanistan in brackets, but not in brackets. And the events in Kunduz showed it. It was a reconnaissance battle, the battle showed everything. Now it will be some time quiet.

2. Karabakh It’s still relatively quiet there, but you shouldn’t forget that this is not just a painful point of the region, it’s a whole site. Two lines intertwine around it: Russia-Armenia and Turkey-Azerbaijan. And taking into account some complications with the Turks, there too can go towards ignition.

3. Transnistria. Also a pain point, which is very easy to push. They tried to push, but somehow everything calmed down too quickly. It is impossible to say what happened on the Transnistrian front, but the fact that ours there also worked in full is unambiguous.

4. Ukraine. Naturally. Technical default is just the beginning. Plus, LDNR, in which, frankly, not everything is smooth, even more so. Some actions of the leadership of the republics cause, if not fear, then surprise.

Of course, any of these points could be very hot. In some moment. Moreover, in three of them the presence of "partners" is more than obvious. Afghanistan, Moldova (Romania), Ukraine. With Karabakh it may not be so sad, but there is enough local color from Armenia and Azerbaijan.

Still, Ukraine is the most likely option to start a new cycle of operations "Stop the Bear!"

Yes, the Ukrainian authorities will go to great lengths in order to be able to survive for a certain amount of time. Get more money. Weapons. Techniques. The peaceful life of Ukraine is unprofitable. There is nothing to live for. The economy is in complete disarray. But this has already been said so much that it makes no sense to repeat.

And it turns out that Ukraine in the foreseeable future is the most optimal testing ground in order to distract Russia from Middle Eastern affairs. Bring the focus of instability or another military conflict to our borders. Yes, the interests of the United States in the Ukrainian mess are less and less, after all, the titanic efforts of our management team in the implementation of the Minsk agreements have brought their benefits. Does not burn. Smolders, but does not burn. Despite even some frank oddities in the behavior of LDNR leaders.

The interests of the United States, Saudi Arabia, Qatar, Turkey there, in the Middle East. Where Russia broke so immediately and unexpectedly. It turned out about as with the Crimea. We did not expect, but it turned out like.

But do not flatter yourself. It will take a certain amount of time, and the "partners" will work out another plan for the "stabilization of Russia." And they will begin to act. And the actions will be directed precisely to divert attention from Syria. Softly and directly, "zaydanit" in the immediate vicinity except in Ukraine, more and nowhere in principle. So it makes sense to wait for it to light up there.

So really, Syria - Syria, but Ukraine should not be discounted.

Ctrl Enter
Noticed a mistake Highlight text and press. Ctrl + Enter
We are
Results of the week. “To betray in time is not to betray. This is to anticipate! ”Syria: Americans scare themselves, and Asma Asad buys chairs
82 comments
Information
Dear reader, to leave comments on the publication, you must to register.