The terrorist attack on the rally against terrorism 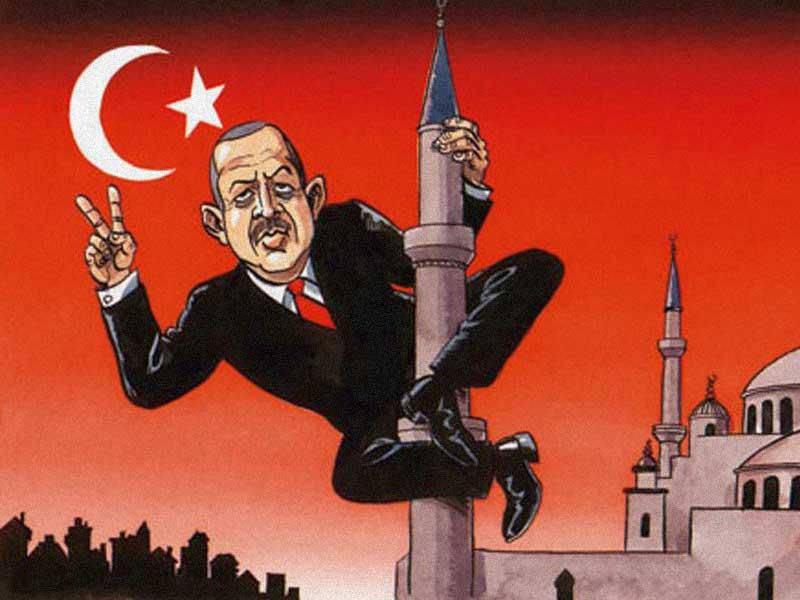 On October 10, at about 10, an anti-war and anti-terrorist demonstration began in Ankara. Thousands of people - trade union activists, leftists, pacifists, Kurdish organizations - went to the action agreed in advance with the authorities. It was fun, people sang songs, danced. And suddenly a sharp, loud sound broke into all of this. Next - one more. Fire, smoke, panic. Blood on the pavement ...

Two explosions thundered in the Turkish capital under the overpass at the railway station. According to preliminary data, suicide bombers acted. As a result of a double terrorist attack, according to the data of October 11 at midnight, 95 was already dead, 246 injured, of which 48 are in intensive care. Moreover, the number of victims is constantly growing - previously reported about thirty, then - about 86 dead. It is possible that someone else can not be saved.

World leaders, according to diplomatic norms, send their condolences to Turkish President Recep Tayyip Erdogan. As for the Turkish authorities, speaking of the perpetrators, they are trying to “translate the arrows” and mix everyone into one pile. Thus, the head of government, Ahmet Davutoglu, said that the Islamic State, the Kurdistan Workers' Party (PKK) and a number of left-wing organizations were guilty of the attack all together.

To understand the absurdity of the statement Davutoglu, one has only to look at the videos of the demonstration which was gathered in Ankara. It is clearly visible, above all, red flags. In addition, many of the protesters are Kurds. The manifestation itself was aimed specifically at peace with the Kurds, including with the Kurdistan Workers' Party. So why would the left or the Kurds blow up their comrades?

Thus, the words of Davutoglu are similar to the statements of Ukraine’s non-president Petro Poroshenko and other “Svidomo” that in the Donbas “separatists” are shooting at themselves ...

Judging by the "handwriting" of the crime, neither the Communists nor the PKK could be involved in it. Neither were seen in terrorist attacks against ordinary citizens (besides, opposing the war). Even while the Kurdistan Workers Party was waging an armed struggle, its fighters could have blown themselves up at a roadblock together with Turkish soldiers, could engage in direct clashes with the army and the police, but they did not organize massacres among the peaceful crowd. And already more than 15 years ago, the PKK abandoned the armed struggle, as its leader Abdul Ocalan, arrested in 1999, had called for.

As for the notorious "Islamic State", this is quite consistent with its style. The Turkish authorities are allegedly fighting this terrorist organization along with the United States. True, this struggle is fought only in words, but, let's say, with a stretch one would imagine that what happened is revenge for this very struggle.

However, attention is drawn to the fact that the terrorist act was carried out precisely against those who are in opposition to the ruling Turkish regime. The demonstration was organized by the opponents of Erdogan.

In addition, the self-explosions of suicide bombers are not only the “corporate method” of ISIS. The so-called "Syrian opposition" acted in the same way (and continues to operate) - that is, other terrorist groups operating in the neighboring Middle Eastern country. But, unlike the "Islamic state", these other groups are "somehow" loved by both Ankara and its ally Washington. They are called "moderate opposition" and provide them with all kinds of assistance.

Erdogan's regime from the very beginning of the Syrian confrontation, when this leader was still prime minister, assisted the terrorists. The border areas with Syria almost completely turned into terrorist bases. Recruited militants were brought there from around the world, they were prepared, trained, given to them in their hands weapon and sent to fight against the Syrian state, the people and the army.

Erdogan and his henchmen never concealed the fact that they were helping the "Syrian opposition." Moreover, the position of the Turkish authorities in this matter was even more radical than the position of Washington.

It is not always possible to draw a thin line between "moderate" and "unlimited" terrorists, between ISIS and other groups, such as the Syrian Free Army, the Islamic Front, and Jebhat An-Nusra. Yes, they have flags of various stripes. Somewhat different slogans. Moreover, unsuited terrorists even periodically fight each other. At the same time, many militants moved from "moderate" groups to that very "Islamic State of Iraq and the Levant" (later this name was reduced to "Islamic State", however, the former name often remains the same). Transited along with weapons issued with the participation of the Turkish authorities. Transited, being trained in Turkey. Transited, being sent from the Turkish territory with the assistance of the Erdoganov regime.

Whatever fighter with the “Islamic State” Erdogan tried to expose himself to - he still had a hand in his creation. Together with his "elder brother" - Barack Obama.

And those terrorists who have not switched to radical Islamists are no less dangerous. It is worth remembering, for example, a thug who, 1 of October 2014, left a mined car near the entrance to one of the schools in Syrian Homs, while he himself, tied with a “belt of a shahid”, went to another school and then activated both explosive devices. Then more than 30 children died, more than 100 people suffered. So, it was a "moderate" terrorist (according to the classification of Washington and the same Ankara).

Erdogan, Davutoglu and other representatives of the Turkish regime actively supported all these criminals, murderers, sadists. Yes, so actively that they turned a significant part of the territory of their country into a dangerous place where many doubtful types were in control with weapons in their hands. Turkey did all this with one goal - to try to overthrow the legitimate leadership of neighboring Syria.

If a gun is hanging on the wall, it can shoot at any time. If there are many terrorists of all stripes in the country, they can commit any crime. Including - and such bloody and terrible, as a double attack in the midst of the people. People opposing the war ...

However, it is impossible to disregard another version - a monstrous crime could be a provocation by the Turkish authorities themselves. In the country 1 November parliamentary elections are coming. Erdogan fears that the Justice and Development Party he heads will lose their positions. And after what happened, you can "kill two birds with one stone". First, set yourself up as a "protector of the nation." And secondly, under the pretext of fighting terrorism, to intensify repression against the opposition. After all, it is not by chance that Prime Minister Davutoglu accused so many forces of the crime, even those who are at war with each other. Now it is possible to crush everyone and at once, which, however, Erdogan’s regime has been in power all along and engaged in, nodding to “undemocraticity” in neighboring Syria.

We are in Yandex Zen
Who blew up Turkey? The explosion in Istanbul and the "wave of terror" on Turkish soil
Tragedy in Ankara. Who blows up Turkey?
97 comments
Information
Dear reader, to leave comments on the publication, you must to register.