October 10 2015
85
The American aircraft carrier "Theodore Roosevelt" on Friday left the Persian Gulf, where he was from April of this year, reports TASS Iranian radio station post IRIB. 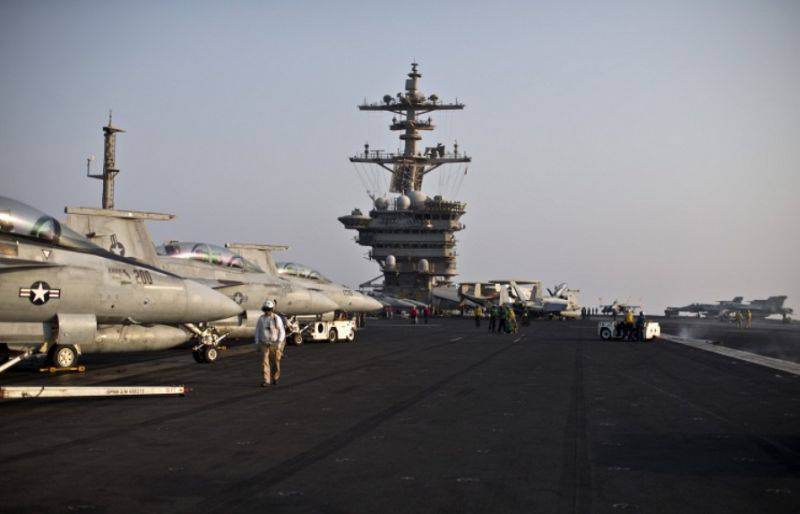 The decision to recall the ship at least 2 of the month was made at the Pentagon in August. The military explains that “the need for repair work on the aircraft carrier”

It was reported that he would be replaced by the aircraft carrier Harry Truman, but the exact date of his arrival was not determined.

According to IRIB, since the end of April, Roosevelt has been a "bridgehead for flights of the American military aviationstriking the Islamic State extremist group in Iraq. ”

The Pentagon said that "the temporary absence of an aircraft carrier in the Persian Gulf will not affect the US defense capability," since the military department "if necessary, can immediately send additional aircraft to the region from ground bases."

Ctrl Enter
Noticed a mistake Highlight text and press. Ctrl + Enter
We are
Aircraft carriers "Harry Truman", "Charles de Gaulle" and "Cavour" in the Gulf of Oman
85 comments
Information
Dear reader, to leave comments on the publication, you must to register.