October 9 2015
40
During the flight-tactical training, the crew of the Su-35S aircraft worked out the support of anti-submarine aircraft aviation (aircraft IL-38) Pacific fleet over the Sea of ​​Okhotsk. It is reported that the search for submarines and surface ships of the conditional enemy was carried out in the area of ​​the Kuril Islands.


From the message of the press service of the Eastern Military District:
The doctrine was planned and was aimed at improving the practical skills of flight crews when performing combat training tasks. 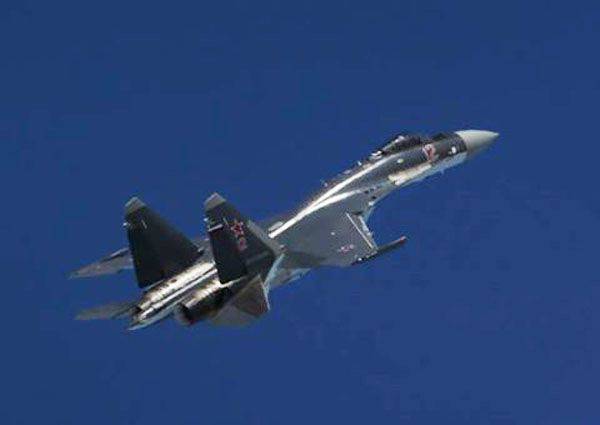 For reference: the Su-35S multipurpose fighters began to enter into service with units and formations of BBO in the 2014 year. This is a modernized aircraft belonging to the generation of "4 ++." After modernization, the SU-35 had elements inherent in the fifth generation of combat aircraft, providing a steady advantage over aircraft of this class.

Ministry of Defense of the Russian Federation:
Distinctive features of the Su-35С are: a new avionics complex based on a digital information and control system, a new radar with a long range for detecting airborne targets and an increased number of simultaneously accompanied shelling targets, engines of increased power and a swiveling thrust vector.

Ctrl Enter
Noticed a mistake Highlight text and press. Ctrl + Enter
We are
Innovation Day of the Southern Military District: Pictures from the ExhibitionSudden verification of the combat readiness of the Northern Fleet, ZVO and Airborne Troops
40 comments
Information
Dear reader, to leave comments on the publication, you must to register.