Tests of the blinding station of the enemy will begin this month.

October 6 2015
33
Testing of the equipment created by the defense industry complex (part of Rostec) for “blinding” enemy ships will begin in 2 weeks on the frigate Admiral Fleet Soviet Union Gorshkov ", reports RIA News a message from a representative of the corporation. 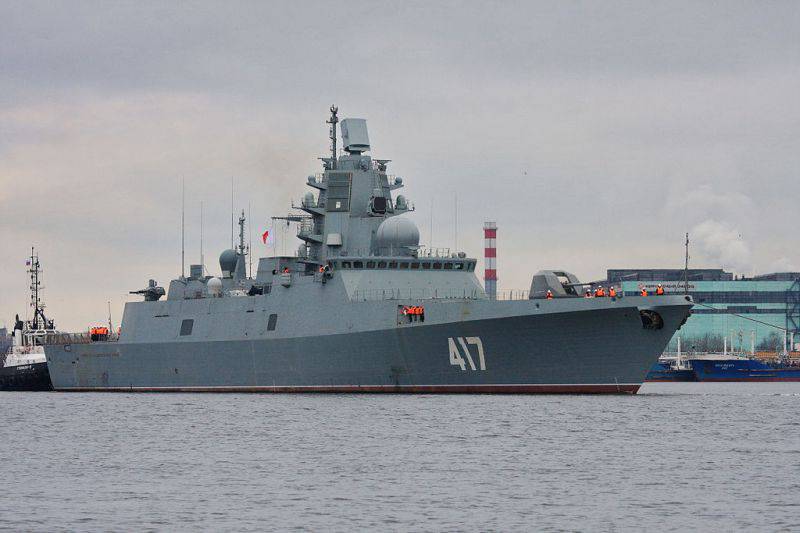 According to the interlocutor, “the station is designed to suppress the visual-optical and opto-electronic channels of aiming observation (including night-vision devices) of small weapons and melee weapons. "

“At the frigate Admiral Gorshkov, state tests will now take place - they will begin approximately in two weeks,” he said.

“This ship station is intended for installation on surface ships of the second class, including landing craft, hovercraft, hydrofoil ships, various boats,” said a representative of the corporation. - several stations are put on frigates, their range depends on external weather conditions ".

“You can make such a station for the Ground Forces, some modification is needed. We are already doing this work, ”the source said, stressing that“ the effect of this device does not cause an irreversible effect on human vision. ”

“There is a Vienna Convention whereby a person who is not armed with optics cannot be blinded to irreversible action. If you hit with high-end optics, then there may already be consequences, ”he explained.

Ctrl Enter
Noticed oshЫbku Highlight text and press. Ctrl + Enter
We are
Announced the station of visual and optical interference "Grach""Admiral of the Fleet of the Soviet Union Gorshkov" of the 22350 project - transition from St. Petersburg to Kronstadt
Military Reviewin Yandex News
Military Reviewin Google News
33 comments
Information
Dear reader, to leave comments on the publication, you must to register.