State Department: US and Russian military departments are discussing the possibility of new consultations on Syria

October 2 2015
29
Representatives of the US Department of Defense and the Russian Federation are currently discussing the prospects for new consultations on the Syrian issue, reports RIA News Statement by Secretary of State John Kerry. 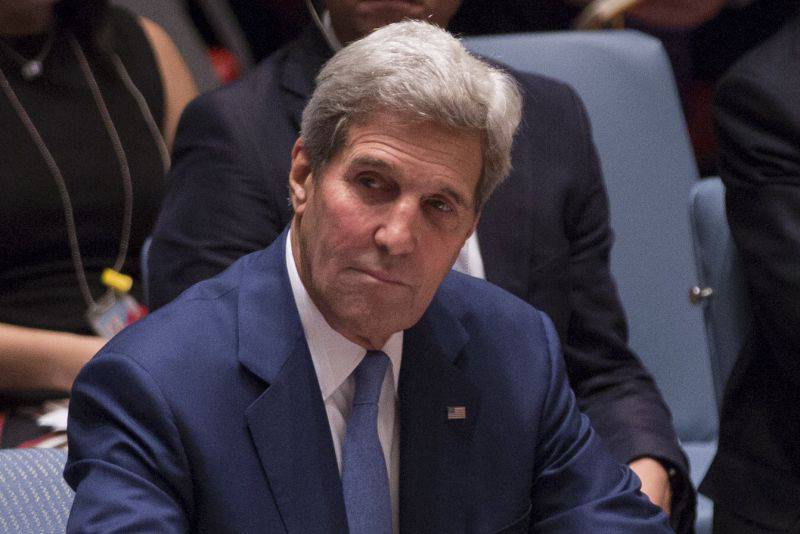 “Negotiations at the military level were held today, the proposal was sent, and they are working on a new meeting. This meeting will take place, I am sure, ”the diplomat told reporters.

According to him, it is important for the United States that “I think that Russia is not involved in any other activity, except for (fighting) the IS.”

“They (Russia) made it clear that this is obvious,” he added.

In turn, the Pentagon spokesman Peter Cook told the press that there are no misunderstandings in Syria between aviation The United States and the Russian Federation did not arise in Syria, and the parties are doing everything to avoid them in the future.

“So far we have not had data on confrontation or problems, but we don’t want to go this way, try to avoid it ... We are negotiating with the Russians for this - to try to remove this risk, eliminate it completely, if possible,” Said Cook.

Ctrl Enter
Noticed oshЫbku Highlight text and press. Ctrl + Enter
We are
Results of the week. “Take off your hats! Expose the head! The body will be taken out now! ”
Military Reviewin Yandex News
Military Reviewin Google News
29 comments
Information
Dear reader, to leave comments on the publication, you must to register.