How to tame nuclear decay 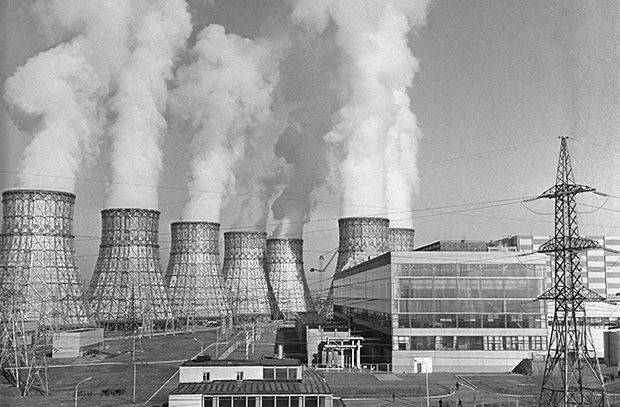 Pyotr Kapitsa can be considered the “grandfather” of the first nuclear power plant in the world: it was he who sent the First Main Directorate “On the use of intra-atomic energy for peaceful purposes” established by the Council of People's Commissars of the USSR at 1945. President of the Academy of Sciences Sergey Vavilov agreed with the theses stated in the document, who took the lead in all the works on the peaceful uses of atomic energy. However, the practical execution of the plan became possible only by the end of 1940-x, when the USSR already had a full-fledged nuclear industry: plutonium was produced at the A-1 reactor at the Mayak plant in Ozersk from 1948, industrial production of enriched uranium was mastered.

And if during the war and in the postwar years the study and production of radioactive elements was carried out mainly for military purposes, then already on May 16 of the year 1949, the government issued a decree on the establishment of the first nuclear power plant. Igor Kurchatov was appointed scientific project manager, and Nikolai Dollezhal, a physicist and engineer, was appointed chief designer of the future reactor. First, the project was occupied by the Kurchatov Laboratory No. XXUMX of the USSR Academy of Sciences (later - the IAE named after IV Kurchatov). She proposed several variants of reactors, of which the Council of Ministers chose three: two uranium-graphite with water and gas cooling, respectively, and the third - beryllium uranium with gas or liquid metal cooling.

One instead of three

According to the original plan, all three reactors were supposed to work, which would rotate a single steam turbine and generator with a tiny 5000 kW power at present. As a result, instead of three, they decided to build one - a uranium-graphite - water-cooled reactor: the technologies required for its construction were tested in conventional thermal energy, and many other solutions were already used in Soviet industrial reactors that produced weapons plutonium (there were four such reactors at Mayak in the early 1950s).

However, another institution took up the practical construction of the nuclear power plant. The fact is that in constructing a nuclear power plant, it was still impossible to get away with the experience at the time of using industrial reactors, since the Mayak reactors operated at relatively low temperatures in the core, and the construction of the reactor, where the temperature of the materials was much higher, demanded a mass of new practical solutions. All this could be dealt with only by a specialized institution, which fully assumed this task. The Kurchatov Laboratory, which at that moment was working on the creation of the first Soviet atomic bomb, could not concentrate on developing these necessary solutions.

Laboratory B, one of the four laboratories established in 1945 during the atomic project and included in the Ninth Main Directorate of the NKVD, had the honor to engage in the development of the peaceful atom. It was located near the Obninskoye Moscow-Kiev railway station near Moscow. It was here that the first Soviet science city was to emerge. In June, the well-known theoretical physicist, corresponding member of the USSR Academy of Sciences Dmitry Blokhintsev became director of the laboratory 1950. The entire color of Soviet nuclear physics of that time was collected in the laboratory. German specialists from the laboratories of the Kaiser Wilhelm Institute and the University of Leipzig were also invited for research. At the suggestion of Kurchatov, all design materials for the uranium-graphite reactor were transferred to Laboratory B. And already in 1952, the construction of a nuclear power plant began on the site of the former village Pyatkino on the bank of the Protva. The choice of location was associated, among other things, with the need to take water to cool the reactor.

Half a century without fail

The construction of the nuclear power plant took about 2 years. The uranium-graphite power reactor of the channel type on thermal neutrons was named AM-1, which meant “Atomic Peace - 1”. Cooling with pressurized water was involved, and its heat output was approximately 30 MW. In March 1954, a trial launch of a zero-power reactor (the so-called critical test bench), assembled in one of the lab rooms, took place. The start-up made it possible to obtain a self-sustaining chain reaction of fissioning uranium nuclei, and engineers began to prepare a “real” reactor for launch. 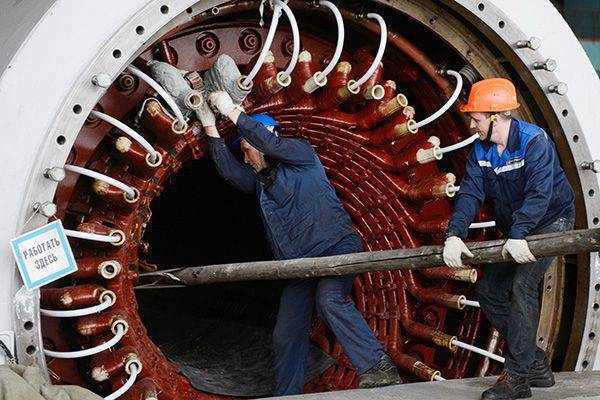 Beloyarsk nuclear power plant in the Sverdlovsk region. Photo: Donat Sorokin / TASS
On the anniversary of Victory, 9 of May 1954, the reactor core was loaded with fuel channels that contained enriched uranium. When the 61 th fuel channel was introduced, a critical state was reached, and a self-sustaining chain reaction was started in the reactor. Later a fully active zone was loaded, which contained the 128 fuel channels: the reactor load was approximately 560 kg of uranium enriched in uranium-235 to 5 – 10%.

In the sphere of the peaceful atom of the USSR, he was a pioneer: US President Dwight Eisenhower announced plans for the development of nuclear energy only in 1953, and, as is now believed, this statement was largely a propaganda trick designed to justify the growing budget spending for military purposes. And only in 1958, the first nuclear power plant was launched in Pennsylvania.

In 1960, Laboratory B was renamed the Physics and Energy Institute, which took up both theoretical research and training, and practical development. The country's first institute, created to develop atomic reactors, produced more than one generation of brilliant specialists in nuclear physics.

29 April 2002, the reactor of the first nuclear power plant, which worked for almost half a century (48 years), was permanently stopped. The reason is unprofitability: to keep the station in a safe condition became more expensive every year. The station, as they say, is morally obsolete: over the years of its work, more powerful and economical appeared. However, the experience of its operation had a great influence on the development of the Soviet atomic industry. For example, it was used in the construction of the Beloyarsk NPP with a capacity of 300 MW launched in the 1964 year. Over the years of operation of the Obninsk nuclear power plant, the world nuclear power industry has become a separate major industry of energy production.

We are in Yandex Zen
Unread pages
Beria is the protagonist of the USSR atomic project
8 comments
Information
Dear reader, to leave comments on the publication, you must to register.