How Schellenberg and Köstring chopped up

October 3 2015
24
In the autumn of 1940, the German General Staff of the Ground Forces was busy at work: a group of officers led by Major General Erich Marx, following Hitler’s order, developed a plan of attack on the Soviet Union. Obviously, German intelligence reports that the USSR was not ready for war and the victory of the Wehrmacht was guaranteed played a significant role in making this fateful decision for the Third Reich.


On what basis did the Germans draw such conclusions? The fact of the matter is that there was no reason for it. However, on the eve of the war, a striking complacency reigned in Germany's higher spheres: for some reason everyone was fully confident that the upcoming military campaign would end - and very quickly - with the unconditional victory of the Wehrmacht. The most amazing thing is that in such blissful ignorance there were not politicians bawlers, but professional military men, including those with general shoulder straps. For example, the German military attache in the USSR, General Ernst Köstring, naval attache Rudolf Baumbach, and other high-ranking officers of the German embassy in Moscow. 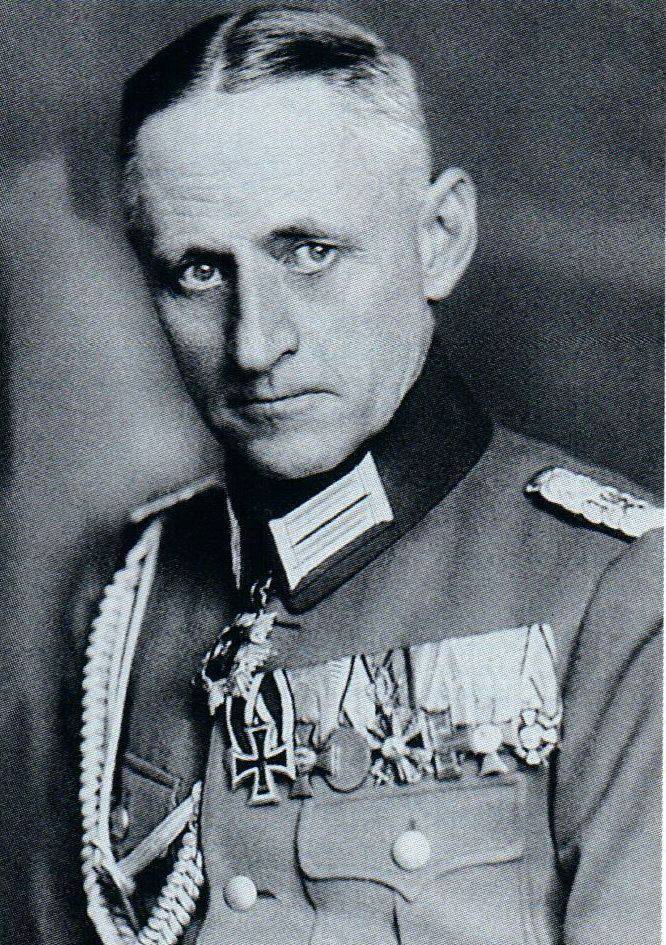 Ernst Köstring
The content of their conversations is not known to us in retelling, but literally word for word. This was taken care of by the Soviet intelligence officers, who installed the wiretapping right in the mansion of the German military attache. To this end, in the spring of 1941, a repair was started in the semi-basement of a neighboring building, explaining to residents that water pipes had to be changed. Under the guise of repair, employees of the Counterintelligence Directorate of the NKGB of the USSR, under the direction of Peter Fedotov, dug an underground passage into the basement of the mansion, from there they penetrated into the office of the military attache and instructed the “bugs” there. Thus, the Soviet special services were able to listen daily and record confidential conversations conducted by Koestring with his colleagues, as well as with diplomats from other countries.

The fact that every word spoken in the office of the military attache became known to the future enemy was known to the Germans only after the war, when some documents from the archives of the KGB of the USSR were declassified, including transcripts of the Koestring talks with their colleagues. You read these papers and you wonder: in every phrase the Germans uttered about Russia, there is an absolute ignorance of the real situation in the country and in the army.

Here, for example, Köstring and Baumbach's arguments about the state of the Soviet Union aviation industry. In April 1941, a German military delegation visited a number of Moscow aircraft plants. The Germans were welcomed as friends, taken to workshops, and shown planes. And after the visit, the contented Germans returned to General Köstring’s mansion in Khlebny Lane in Moscow and began to discuss what they saw at Soviet aircraft factories.

At first it was about traditional Russian hospitality, then the conversation went to the point. According to the assistant of the German aviation attache Wunderlich, “we now have an accurate idea of ​​Russian aviation, of their engineers and technicians. Berlin will now have a valid picture of Russian air fleet". Baumbach asks the question: “Tell me, if they will work the same way for ten more years now, will they be able to catch up with us?” Wunderlich’s answer: “I think they need more than ten years.” Baumbakh is not appeasing: “Can you count on the good quality of Russian engines?” Answer: “Russian engines are very heavy ...” Question: “In general, their quality is not as good as ours? Ten years will not be enough for us to achieve our quality? ” Wunderlich’s conclusion: “Ten - no. What stretches for them for a long time is the construction of factories. ” And so on, in the same vein ... 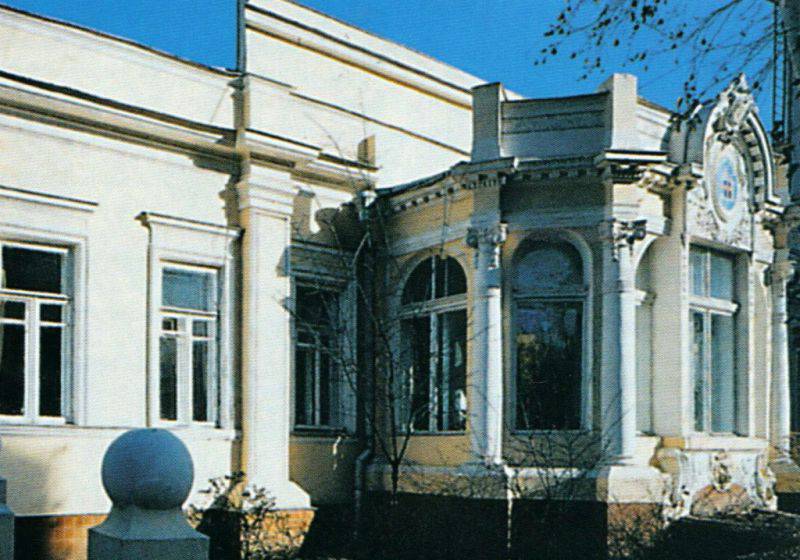 The mansion of the German military attache in Moscow

How quickly they could build factories in Russia, the Wunderlichs and Baumbachs were able to make sure a year later, when Soviet industry, under the most difficult conditions evacuated to the east, began to produce quite competitive airplanes of various brands. Including those that the Germans never even dreamed of, for example, Ilyushinsky attack aircraft. But the epiphany will come later, but in the meantime, in the spring of 1941, the Germans are euphoric: where is this Russian before us! Ten years is not enough for them to reach our level!

Further more. In mid-May, the Germans were already openly discussing the military invasion of the USSR. In one of the transcripts of the conversation between Köstring, Baumbakh and the assistant military attache Shubut, we read the following. Shubut: “We must get to Narva quickly. This must, however, decide Berlin. For us it is important that the Russians rarely change their location. They remain in one place for two or three years. And therefore you can say - we will beat Russia ... "Köstring:" To attack is the only right thing. Of course, the Russians are against the war. I think that they are still afraid ... ”Baumbakh:“ I got the impression that the Russians are still calm. ” Köstring: “The case about which we spoke should remain in absolute secrecy. Natural resources! These will be our natural conquests, which we have publicly declared in international circles. ” Baumbakh: "I still want to say that they are politically strong." Köstring: “It means nothing. We will be able to negotiate with England and America, as well as use the French and Norwegians. I am convinced that in this matter we will emerge victorious - we will ride through this Union. We will fight the war until, at least, we do not overrun Ukraine. ” 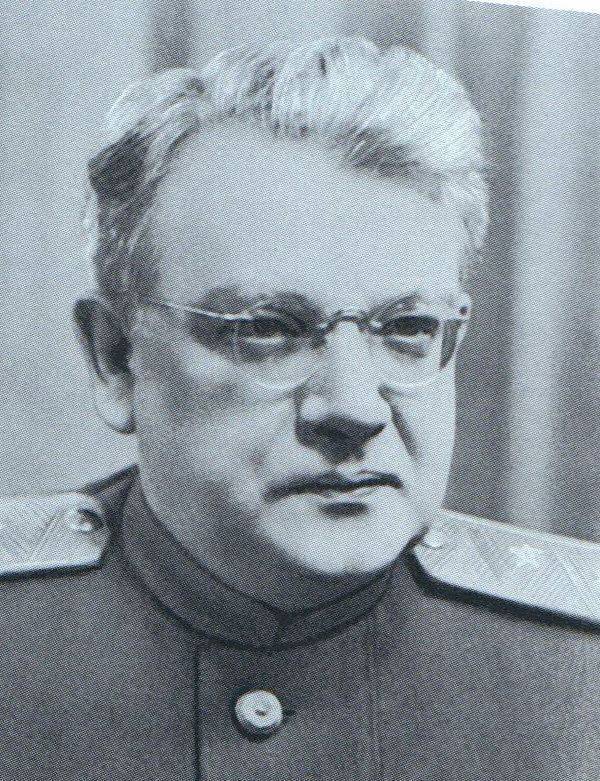 Peter Fedotov. That his subordinates installed "bugs" under the nose at Kestring
Surprisingly, this is not reasoned by the philistines, who heard the speeches of Goebbels, but by people in military uniform, who are obliged to know more about duty than a simple frequenter of a Munich beer house. Moreover, these people have been living in Russia not for the first year and, it would seem, they should have at least a little understanding of the psychology of the Russian people and the possibilities of the Russian people. Russia is not for you the principality of Monaco and the duchy of Liechtenstein. About Russia broke off his teeth and Charles XII, and Napoleon Bonaparte. And the Germans themselves in 1914 – 1918 were able to make sure that you can’t take Russians with bare hands. “Let's take a ride on this Union” ... What did they even think about: a war with a serious and intelligent opponent or a tourist trip?

And the passages about England and America? Why did the Germans get the idea that they would be able to agree with the Anglo-Saxons? Towards the end of the war, attempts to conclude a separate peace were indeed made, but in 1941, Stalin, and not the Fritz, managed to reach an agreement with America and England. So, in this matter, German diplomats misconceived the nearest historical perspective.

How do you like the phrase that the Germans will continue the war until they seize Ukraine? Suppose they captured Ukraine: during a real war, the way it happened. And then what? Took Ukraine, and the war itself will end? Or did the Germans believe that, apart from Ukraine, Russians had nothing more to defend?

An amazing thing: in preparing for war with Russia, the Germans did not give a thumbs-up to learn anything about Russia. But to collect objective information about your opponent for German intelligence was not difficult. In the 1930s of the Germans in the USSR, there was a dime a dozen: German tank crews were trained in Kazan, and pilots in Lipetsk. Military delegations of the Third Reich regularly visited Soviet industrial facilities, for example, the Moscow aircraft factories mentioned above. And indeed, on the eve of the war, the Germans felt very free in Russia and even had the opportunity to move relatively freely around the country. In short, it was where the information to collect.

Especially since large sums of money were periodically allocated to military diplomats from the treasury of the Reich for these purposes: two to three million Soviet rubles each. Considerable funds were made available for the maintenance of the vast state of the Sixth Directorate of the RSHA (political intelligence), led by SS brigadeführer Walter Schellenberg. If this money were spent on the organization of serious intelligence work, you see, in the mansion of General Köstring would not give up empty promises to ride through the Union and beat Russia.

However, the German strategists of the beginning of 1940 were partly excused by one circumstance: they were typical Europeans and, like every European in their kin, showed a dense ignorance in all matters beyond the limits of the European world. Especially when it comes to such complex phenomena as Russia and the Russians. There are no examples of this.

Here are the British maps of Eurasia, published at the end of the XVIII century. On them, the vast territory east of the Vistula is marked with one white spot called Tartary. The authors of these geographical masterpieces did not bother at all that on the lands east of the Vistula for at least half a century there existed a state called the Russian Empire. Apparently, the British geographers did not know that the Russian Empire in the second half of the 18th century led an active foreign policy, consolidated in the Crimea and the Northern Black Sea region, regained the territories seized by the Poles, successfully mastered Siberia, the Far East and even Alaska. For proud British people, all these facts are insignificant, of little interest, unworthy of the attention of a Western person. In short, Tartaria! But with what punctuality the British plotted on the map the islands lost in the Pacific, discovered by Cook and attached to the British Empire!

And what about modern American films about Russia? Everything is confused in them, starting from elementary Russian phrases and ending with historical facts. The most amazing thing is that such a film is being shot in a country where it is full of immigrants from Russia. Do not a simple thought come to the heads of Hollywood producers: to invite at least one of the millions of Russian-speaking Americans as a consultant so that outright nonsense doesn’t sound from the screen?

The Germans on the eve of the war talked and acted in the same way as British cartographers and American filmmakers. Confident in their superiority over the Russian barbarians, Schellenberg and Köstring simply did not bother their brains and memory with such a trifle as the Soviet defense potential.

Instead of collecting objective information about his opponent, German intelligence officers and diplomats composed any bullshit about inferior Slavs who did not know how to build factories. And the brilliant Fuhrer of the German people, reading the reports of his intelligence, made certain conclusions: if these Russians are so weak and helpless, then it is time to attack them ...

Less than five years later, these “inferior” Russians filled their “superior race” face and hoisted the Victory Banner over defeated Berlin. And the fact that the Third Reich did not even live to maturity is a considerable merit of German intelligence, who poorly imagined the true capabilities of her opponent.

Ctrl Enter
Noticed oshЫbku Highlight text and press. Ctrl + Enter
We are
Diplomats of the People's Commissariat of Defense: on the eve and during the warMyths of the Great Patriotic. Papier mache helmet
Military Reviewin Yandex News
Military Reviewin Google News
24 comments
Information
Dear reader, to leave comments on the publication, you must to register.