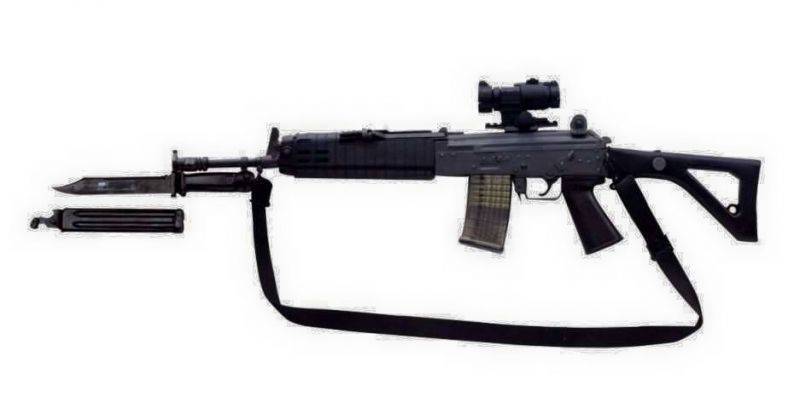 After the purchasing decision is approved, the Ministry of Defense will sign a contract for the supply of over 600 thousand units of the new weapons.

As noted by the "MIC", "the naked eye can see from what kind of family counts the pedigree of the Indian sample."

The military chose Excalibur during a tender announced in 2011 for the purchase of an 660 thousand assault rifles.

The Indian publication notes that "none of the four samples of foreign weapons could not meet the requirements of the ground forces."

According to material from Wikipedia, "Excalibur (born Excálibur, also Escalibur) is the legendary sword of King Arthur, to which mystical and magical properties are often attributed."

Ctrl Enter
Noticed oshЫbku Highlight text and press. Ctrl + Enter
We are
Russia demonstrated the most promising weapons at INDO Defense-2014The 20 rating of the largest arms deals, decisions on which were made in 2012
51 comment
Information
Dear reader, to leave comments on the publication, you must to register.