Amtorg - the forge of the Soviet defense industry? 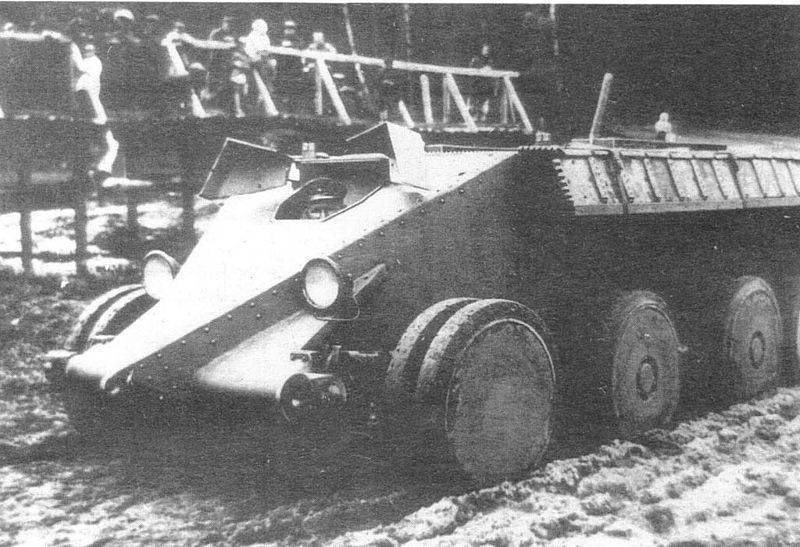 "Serving that a fly would be a gap, it would crawl everywhere" - Russian proverb

Not without reason from a huge number of sayings, aphorisms and quotes this one is taken as an epigraph. It very accurately reflects the activities of the USSR government in the international arena in the period of the NEP and post-NEP transformations of the Soviet economy. What caused the need for Soviet “trade organizations” to penetrate the West, and how one of them acted - the topic of this article.

Relations between America and Soviet Russia in the 20s of the 20th century can be described as a special, very peculiar period full of contradictions, characterized by the absolute non-recognition of our country by the United States of America at the diplomatic level on the one hand, and the rapid development of trade relations on the other. There were several reasons for that. Having survived two devastating wars, the First World and the Civil and, moreover, foreign military intervention, the Country of the Soviets urgently needed the support of a country that has a well-developed industry. The United States was just such a country. Industrial production in the early 20-s was still far behind the pre-war level. The acute shortage of jobs has led to severe unemployment, especially among young people. There was no question of any developments in the field of machine-building and machine-tool construction; modern technologies that would be used in industry were completely absent ... The national economy was in ruins. And the leadership of that time was faced with the daunting task of raising, developing the economy, and establishing production. With something you need to start ...

Despite the huge number of restrictions and prohibitions by the United States in relation to Soviet Russia, such as an embargo on the supply of Soviet goods to their country, a ban on the issuance of long-term commercial loans, the purchase of gold of "Bolshevik origin", and the banal rejection of Soviet power by most American businessmen It could not prevent the Government of the Land of Soviets from seeking ways to open channels for the influx of American capital and technology into Russia. Acting through representatives of the Soviet trading societies and offices in America, our government was able to find a way out of such a difficult situation. The first was the Stock Exchange Corporation (ProdExpo) joint stock company, organized in 1919. And four years later, in 1923, a branch from Arcos, responsible for Soviet-British relations, opened in the States. In addition, at about the same time, a great many representatives of the Tsentrosoyuz began to work, as well as other foreign trade companies, whose main task was to attract the maximum number of representatives of American business to market relations with the USSR.

The results of this policy did not take long to wait, the dynamics of the process of conquering businessmen became positive, and now the task was to unite all small firms scattered across America into a single enterprise that would control and organize all their work. When the merger process was completed, it was up to the small thing: to give the name of the future company. There were lots of options. Among them were three names: TOSSOR (Trade Union of the Union of Soviet Republics), SATOR (Soviet-American Trade Society) and AMTORG (American Trade Society). The status of the official name acquired the latest version and now 1 May 1924 “ship” with the proud name “Amtorg Trading Corporation” set off on a long journey through the waves of international mutually beneficial trade cooperation.

"OUR EXPERIENCE IS YOUR VENUE"

This phrase is reflected in the emblem of the enterprise. What was the meaning of these words? Undoubtedly, the government of the Land of Soviets pinned great hopes on Amtorg. Amtorg was created as an official sales representative, and therefore he was given the authority to represent the interests of the Economic Council in the States. Unfortunately, due to the lack of diplomatic relations between Russia and the United States, Amtorg was forced to work exclusively as a private trading company. US law did not forbid such activity. But who was the true "master" of the organization, it was not recommended to talk about it, and therefore all information was strictly secret and was not subject to disclosure. Otherwise, Russia risked losing the position of American financiers and industrialists.

During the first months, the company experienced certain difficulties (which is natural for the development of any business), then things went "uphill", communications began to be established and positive dynamics emerged in trade and intermediary relations. Note that in the five months of mediation activity (May-September), Russia’s orders were more than 4 million dollars. In addition, for the same months, the company managed to get long-term loans of almost 2,5 million dollars. Further more. Henry Ford, Voklein and Hamilton, Simpson, the giants of American industry “General Motors”, “Unterwood” - all of them were on the list of the main, and in the long term, permanent trading partners of young Russia. Cooperation with 146 firms and banks is undoubtedly a good result in the development of trade relations with America. There was another event in stories Russia, which provided a "breakthrough" in the business community of the North American States. It was a famous rally, which was staged in Soviet Russia at 1925. Following the run, several American cars became winners. At the banquet, organized in honor of the successful completion of the run, the employees of the Soviet trade mission were awarded the winners. The event was immediately covered in the press, received recognition and appreciation in political circles. The consequence of this recognition was the influx of foreign (especially American) capital.

Amtorg’s purchases were very versatile, even had to buy horses abroad, because the Civil War had so reduced the number of horses that the Council of National Economy was forced to purchase elite breeds across the ocean in Canada. It is known that the procurement plan turned out to be frustrated and, as a result, a cash surplus was formed. So that the money does not disappear, they are disposed of, but in a very peculiar way. Due to the fact that the transaction was carried out through Metalloimport, the remaining money was spent on the purchase of 80 parachutes and 55 ignition kits for Liberty engines. The acquisition of the Amtorg model stands apart tank JW Christie, secretly delivered from the USA under the guise of a conventional tractor. In addition, a contract was signed with A. Kahn for the design of the Stalingrad Tractor Plant.

Christie’s suspension was used on all models of our pre-war tanks, which were descended from the Christie’s tank, ranging from BT-2 to T-34. The close cooperation of Amtorg and Albert Kan Incorporation resulted in a multiple extension of contracts. They laid the foundation for great construction projects in Stalingrad, Chelyabinsk, Kharkov: the first tractor plants were built there, and Moscow and Nizhny Novgorod became the first cities where car plants were built. Amtorg, in addition to the above, purchased equipment for the Soviet aviation. We will pay tribute to the employees of the trade mission, who did not forget to receive the documentation, which is so necessary for the production and operation of equipment, for the samples. Amtorg even bought horses for divorce! They were led into the Civil ...

AND ONE IN THE FIELD OF WARRIORS

There are data that speak about the effectiveness of Amtorg. The first year of trading with America brought 66 717,5 thousand dollars in profits. Cotton, agricultural machinery and equipment prevailed among imported goods. Ros and exports of products: grain, wood, fur, and, of course, oil.

In addition, such a fact is indicative: about 70% of Russia's total goods turnover abroad was financed by American banks and firms, which was a very good indicator of the work of the Armtorg. In addition, invaluable experience gained during the "trips" overseas. Domestic engineers compiled detailed reports on what they saw in factories and plants in America, what technologies were used in a particular production, what was the organization of labor. Returning to their homeland, the engineers tried to apply this knowledge as fully as possible. And what about Amtorg? He really was the forge of the Soviet defense industry? Rather, yes, although not the most important, of course. W. Christie’s suspension came to the court so much that our T-34s ’departure’ on it and owe their success to it, and also ... Amtorg, without which no one would know about any suspensions Christie, and who knows how the development of our economy would go at all in the war and post-war period.

Ctrl Enter
Noticed a mistake Highlight text and press. Ctrl + Enter
We are
America vs England. Part of 16. Crossroads of historyDiplomats of the People's Commissariat of Defense: on the eve and during the war
8 comments
Information
Dear reader, to leave comments on the publication, you must to register.