18 September 2015
78
September 20 starts the “food blockade” of the Crimea, announced by the Mejlis of the Crimean Tatars and the Right Sector. And if the “Right Sector” has nothing to lose (in the Russian Federation its activities are outlawed), then the Mejlis risks going down the beaten track of its allies and being on the list of banned organizations. Before this dubious achievement, he had only a couple of steps left. It is quite possible that the head of the organization, Mr. Chubarov, is seeking just such an outcome, because the ban on the Mejlis on the territory of the Russian Federation, including, of course, the Crimean peninsula, will allow the Western and Middle Eastern media to raise a new wave of violations of the rights of the Crimean Tatars. 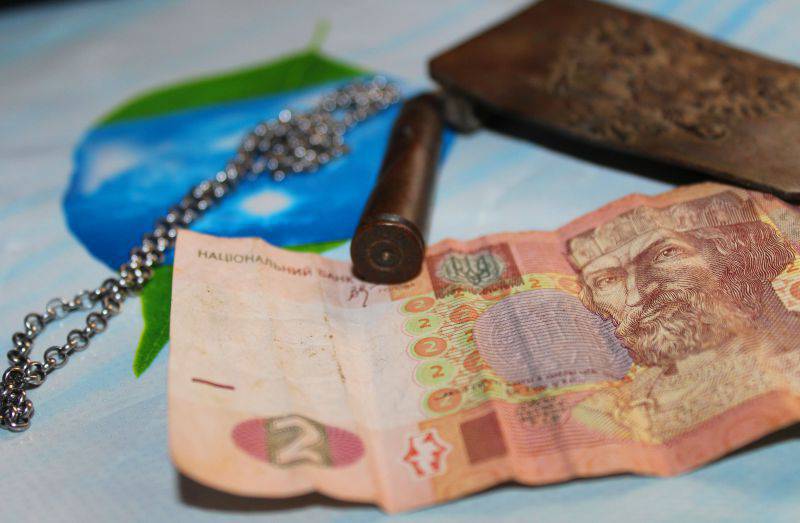 However, there are plenty of minuses for Russia, and each of them is much more unpleasant than the hype in the world media, where we traditionally play the role of the enemy of all progressive humanity. It’s worth starting with the fact that at the rumors of an approaching blockade, some Crimean businessmen began to pick up prices. The fact is unpleasant, but we live in such a world. Rising prices could potentially cause a slight panic on the peninsula, giving the enemy propaganda additional trumps.

On the whole, Russia could organize the provision of Crimea with food products by the forces of its trade fleet (large island countries like Great Britain, Japan and Indonesia supply themselves), but everything rests on the traditional Russian question of organization. Unexpected hitching usually occurs here.

However, all this is only minor troubles compared with the emerging trends. The initiative of the Mejlis and the “Right Sector”, filed as a public movement from below, is in fact nothing more than a military operation of Kiev against the Crimea. AT stories there were already similar examples when a planned attack by one state against another was presented as the will of the masses. The aggravation of the situation around the Crimea is a formidable omen. It directly indicates an obvious fact: if before the Ukrainian authorities were shackled by the Donbass, after the Minsk agreements, which send people's republics to the Square, Poroshenko gradually releases resources to put pressure on the Crimea. So far these resources are not too great, but as the final implementation of the Minsk collusion becomes more.

The internal political situation in Ukraine and the opposition of the current president to two main opponents, Oleg Lyashko and Yulia Tymoshenko, play a role here. Poroshenko has a chance to save power only in conditions of emergency, which includes the war. This is where the military units released after the reintegration of the DPR and the LPR will be useful.

The withdrawal of all foreign armed groups, military equipment, as well as mercenaries from the territory of Ukraine under the supervision of the OSCE. Disarm all illegal groups.

Recall that the West in every way welcomed this interpretation, because it leaves a very specific groundwork for the Crimea, which is considered to be the territory of Ukraine. The agreements signed the ambassador of the Russian Federation in Ukraine, Mikhail Zurabov, and now it is possible to tie the status of Crimea to the Minsk agreements at any time. Russia will once again have to force weapons protect your territory and your citizens. Although cumulatively, Moscow has far greater military capabilities than Kiev, but outside factors are beginning to tell.

It is known that now Russia is actively integrating into the Syrian conflict. How active it is, the question is separate, but the rhetoric of the federal TV channels, where the topic of Syria suddenly came to the fore, is alarming. Even if Russian servicemen do not directly engage in battles in the Middle East, the cost of supplying Bashar al-Assad’s troops is quite comparable with a small colonial campaign. Many military specialists are forced to switch to Syria, which had previously been involved in the Ukrainian topic. The logical question is: in which case we have enough at once for two dangerous directions? But such directions may not even be two, but three or four - Tajikistan, Transnistria and Karabakh are kept in mind.

Yes, all of the above is possible only in perspective. The prospect is not close, but at the same time and not too distant. In the meantime, Crimeans will have to prepare for the fact that the food supply from the Ukrainian part of the continent may, if not completely interrupted, then be significantly reduced in volume.

Ctrl Enter
Noticed oshЫbku Highlight text and press. Ctrl + Enter
We are
Energy blockade of the Crimea. Great damage to the economy and an attempt to genocide the populationRussia, Turkey and the "Crimean Question"
78 comments
Information
Dear reader, to leave comments on the publication, you must to register.