IL-76 will be equipped with a laser

17 September 2015
45
Taganrog STC them. Beriev on the state procurement website placed an order for the implementation of a part of the ROC on the ergonomic equipment of the development of the A-60SE aircraft. From this cipher from the Soviet times there is a flying laboratory - the carrier of a laser weaponsdesigned to combat spy satellites. Reports about it Rossiyskaya Gazeta. 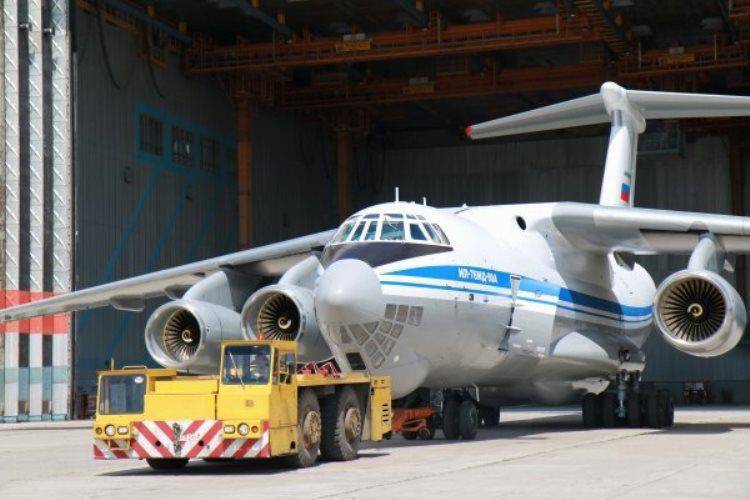 “The development of the laser theme has been going on since the beginning of the 70s. It is theoretically supposed that a powerful laser put into orbit will be able to disable the observation and communication equipment of the spacecraft of a potential enemy. In 2009, the experiment confirmed the capabilities of the new weapon - the laser beam induced from the A-60 was detected by a satellite flying at an altitude of 1500 kilometers, ”the newspaper writes.

To fulfill this mission, the IL-76 was seriously modified at the NTK them. Beriev: “Instead of a standard meteo-radar, a fairing with a laser of guidance was installed in the nose of the aircraft. The top of the fuselage between the wing and the keel was made drop-down like that of the Shuttle. Huge sash hide retractable turret with the main laser. On the sides of the fuselage under the fairing installed powerful turbo generators to power special equipment. The first flight of the A-60 took place in August 1981 of the year, the aircraft is based at the Pushkin airfield near St. Petersburg. ”

Ctrl Enter
Noticed oshЫbku Highlight text and press. Ctrl + Enter
We are
Satellites "Ray-5B" and "Yamal-300K" put into orbitAnother satellite crashed without reaching the specified orbit
45 comments
Information
Dear reader, to leave comments on the publication, you must to register.