In Odessa, detained the leader of the local cell pravoseki

In Odessa, during the day, unknown servants of the regime (without identification marks) searched the head of the Odessa regional branch of the Right Sector, Sergei Sternenko, after which he was taken to the Primorsky District Court. 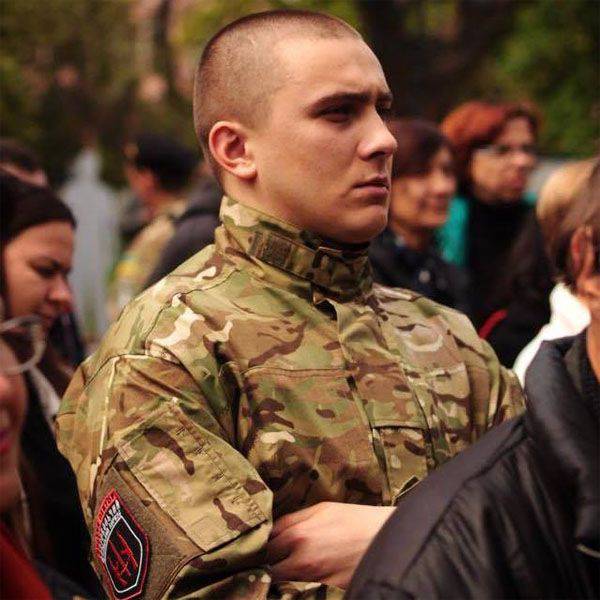 It became known that Sternenko is accused of involvement in the abduction of the deputy of the Kominternovsky district council Sergey Shcherbich, who was the local leader of the party, Igor Markov "Rodina".

In addition, the "pravoseki" spread a message about the detention of one of the leaders of the odious movement "Avtomaydan" Yevgeny Rezvushkina.
Meanwhile, on the official site of the Main Directorate of the Ministry of Internal Affairs of the Odessa region The detention of a “representative of a public organization” is reported:

Currently, the Investigation Department of the Main Directorate of the Ministry of Internal Affairs of Ukraine in the Odessa region is investigating criminal proceedings under Part X. of Art. 2 and h. 146 Art. 2 of the Criminal Code of Ukraine, upon the attack on the deputy of the district council and his abduction.

During the pre-trial investigation, it was established that near the gas station a group of people with the use of physical violence and traumatic weaponskidnapped a deputy. The attackers transported the deputy to the city of Odessa, where they demanded that he give up his deputy powers.
Acting by prior agreement, the offenders detained the deputy in the basement, where they injured him.
In addition, the attackers, by searching the clothes and clothes of the deputy, openly seized his bank card, a permit to wear a traumatic Ford 12 pistol, two SIM cards of mobile operators and cash in the amount of 300 hryvnia.

Two residents of the Odessa region at the age of 22 and 36 are suspected of committing these crimes, the eldest of whom was previously convicted. Both are representatives of a public organization.

Currently, by decision of the Primorsky District Court of Odessa, the attackers are detained for announcing the suspicion of committing these crimes.