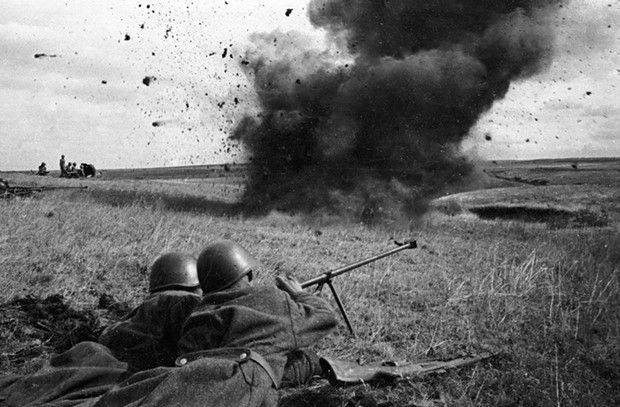 Vladimir Andreevich Konovalov 93, and he is regularly very busy. The interview correspondent of the Republic of Poland has been negotiating for several weeks: Vladimir Andreevich is working as deputy chairman of the Council of Veterans of the Pervorechensky district of Vladivostok, and in addition, he is teaching patriotic education for children.

During the Soviet-Japanese war 1945, Konovalov served as commander of a machine-gun platoon of the 1 shock army of the Far Eastern Front. He was awarded the Order of the Red Star and World War II degree, medals "For Victory over Germany", "For Victory over Japan", "For Military Merit." After the war he served in the Marine Corps. Vladimir Andreevich spoke about the Russian Planet about the fear of war, hatred of the enemy, the Japanese army and the feeling of patriotism of the Soviet guys and current youth.

“In 1941, when the Great Patriotic War began, I was 19 years old,” said a veteran. I lived in Vladivostok and studied at the fourth year of the Hydrometeorological Technical School. At that time I was already registered with the military registration and enlistment office, they did not call for service, because at first it was necessary to finish the technical school.

In February, 1942, I defended my diploma and was soon sent to the Shkotovsky infantry school. The three-year program took place in one year. The training load was high - classes for 8 hours per day, 2 – 3 hours for self-study. There was no personal time at all: neither weekends nor dismissals. When I graduated from college and passed the gos, I was not given the title. Why so - I did not understand.

Soon a general and several colonels came from Khabarovsk, from the headquarters of the Far Eastern Front, to select the military for the front. According to rumors, those who better pass the interview will be sent to the west. All then wanted to get there to quickly defeat the Germans. But it turned out that the best were left to protect the border in the Far East.

A call for the young guys was the patriotic song "Holy War" to the verses of Lebedev-Kumach and the music of Aleksandrov: "Get up, great country, Get up to fight to the death With dark fascist power, With a damned horde!" All rushed to the military enlistment offices to participate in the defeat of the German fascist invaders. The mood among the youth was exclusively militant - but this is still in the rear. When took weaponyou understand that you are not going to dance and not to the cinema, you realize that they will kill some, injure others, and someone will stay alive. This is not panic fear, it is thoughts about life. ”

In 1943, Konovalov was sent to Grodekovo (now it is Pogranichny village). He served as commander of a machine gun platoon of the 97 Infantry Regiment of the 187 Infantry Division of the 1 Attack Army of the Far Eastern Front.

“Basically, all units of our regiment were located on the border to support the outpost,” continues Vladimir Andreevich. - We learned about what is happening in Germany from radio broadcasts and newspapers Division, Army, and the regional newspaper Krasnoye Znamya. It is believed that the war with Japan quickly ended, because the Japanese army was weak. It's not like that at all. The Japanese soldiers — arrows, tankmen, gunners, aviators — were trained in military affairs quite well. And besides, the Japanese are very fast. The officers and I laughed that only a bullet could catch the Japanese soldier. A lot of our troops arrived on the border with Japan from the western front, they had more combat experience, which is why we quickly defeated the Japanese.

I do not think that the Japanese are more evil than the Germans. The Germans brutally mocked the people in the rear: they drove them to the sheds and burned them alive, shot them, hung them up. The Japanese did not manage to get to our territory, it is not known how they would behave. On the front line, everyone kills each other, nationality does not matter. The enemy is always evil, he can not be good. If the enemy does not surrender, they destroy him. 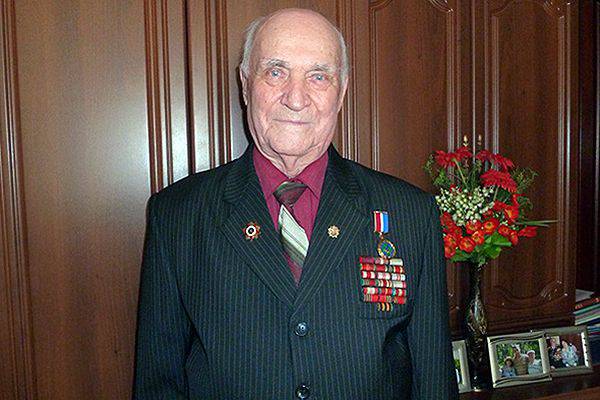 Veteran Vladimir Konovalov. Photo: GUFSIN of Russia in Primorsky Krai
In addition to fulfilling the decision of the Yalta Conference (Stalin's agreement with the leaders of the United States and Great Britain to establish a post-war world order. - RP), we had our own accounts with Japan. During the war, the Japanese did not allow our ships to pass: they took the 137 ships, which were loaded with important strategic cargoes from the USA, food vessels from Kamchatka, and the Japanese sank several ships. And because of the war with Japan, we were forced to keep 40 divisions here, and if Japan were a peaceful country, we would have 15 – 20 divisions, and the rest would be in the west. Faster would have defeated the enemy there. In 1944, the Japanese 37 once violated borders, of which 14 times - with the use of small arms. "

8 August 1945, all units of the 187 Division were pushed into combat positions in the trench. A number of units of the 97 Infantry Regiment were transferred to the 208 Infantry Regiment, including the company in which Konovalov served. Around midnight, the appeal of the military council was read that a war against militarist Japan was beginning. And from 8 to 9 in May, the division crossed the border at midnight.

“One of the most terrible sections was the border crossing at Grodekovo, when our regiment had to take the height with the name of the Coffin. When taking the height, about 50 people died, about 150 were injured, ”Konovalov recalls. - Prior to this, the senior command said that when taking this height there could have been many more dead and wounded. A positive role was played by suddenness. Our Ministry of Foreign Affairs announced to the Japanese embassy that we were entering the war against militaristic Japan, and they had an hour left before our offensive. Freedom Chinese cities were freed: Suifenhe, Dongying, Dunhua, villages.

It was terrible when the Japanese division was pursued by cars. It is not visible from the car whether there is someone in the trench or not, enemy fire can start at any moment.

The biggest battle was in the gorge after the Taipilin Pass. The division commander ordered the intelligence commander to drive through the gorge and not shoot if the enemy was not visible. Forest, shrubs, visibility is poor. The company drove through the gorge (about 3 km), it signals that the enemy is not seen. The main forces of the division began to enter the gorge, and then from all sides - grenades, machine-gun fire, rifle. It was the most difficult fight.

It was also dangerous to pass settlements. The enemy fired from any window and corner. In Dunin there were towers, at the top of which were machine gunners, suicide bombers were chained, they fired at our advancing troops.

After the end of the Soviet-Japanese War in October 1945, we went out to Kraskino. A few days later, the division commander held a meeting of officers, thanked everyone for participating in the war, and reported that the division had received the Order of Suvorov, II degree and was disbanded by order of the Supreme Commander. They said that officers who want to retire can write a report.

I was only 23 years old, and I wrote a report. A few days later the Pacific Commission arrived fleet, said that the 14th Marine Brigade was being formed, which would subsequently be sent to Kamchatka. So I was transferred there as the commander of a machine-gun company platoon, and then I was appointed commander of the same company. In Kamchatka, I served until 1950. "

After military service, in 1964, Konovalov went to the penitentiary system, where he worked for 25 for years.

“Besides the military, the most expensive reward for me was in peacetime. Last year I was awarded the sign “Honorary resident of Primorye”, this is my pride, ”said the veteran.

In the Council of veterans, where Vladimir Konovalov works, a room of military glory is framed. The most valuable thing for him here is the capsules with the earth from the places where Pacific sailors of the rifle brigade died, and a copy of the Banner of Victory. In this room and in the schools of the city, Vladimir Andreevich conducts patriotic education lessons for schoolchildren.

“Nowadays, young people do not have the proper understanding of patriotism that we had, because nobody really cares for the upbringing of the younger generation. As far as we are concerned, we are veterans, but very few of us are left, the participant of the war laments. - Some parents encourage the fact that the guys do not go into the army, and even offer themselves to pay off and "hang out". And we had it differently. The youth was eager to serve. In 1938, my brother Ivan was called to the service. He had a friend Fedya, who was not taken into the army because of his small stature, so Fyodor himself went to the military commissar, he almost cried, he sought to be taken into service. This is how patriotism was and should be. ”

Ctrl Enter
Noticed oshЫbku Highlight text and press. Ctrl + Enter
We are
Protecting the Pacific Fleet Water District in the Soviet-Japanese WarDiplomats of the People's Commissariat of Defense: on the eve and during the war
3 comments
Information
Dear reader, to leave comments on the publication, you must to register.