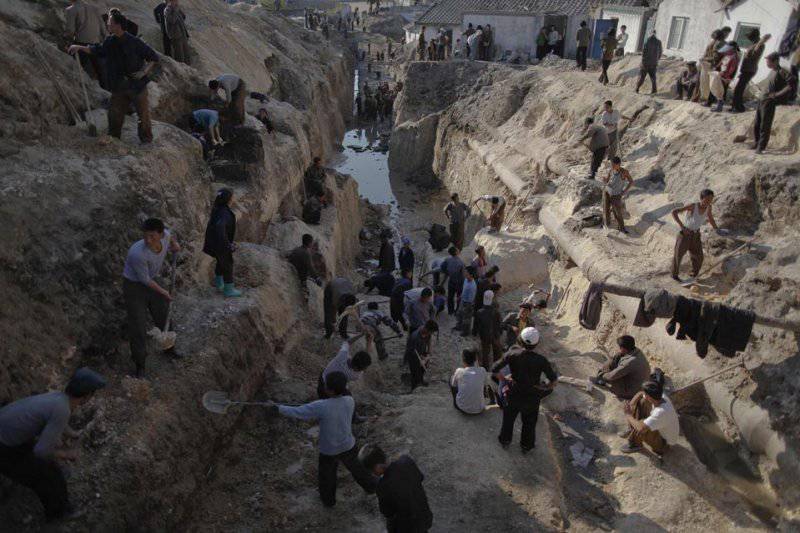 Beijing is actively tying the economy of the DPRK to its northeastern provinces.

The United States and China are trying to resume negotiations on the North Korean nuclear program. Pyongyang agrees, and Seoul sets prerequisites. According to the NG expert, Seoul had hoped to achieve over the five years the overthrow of the regime in the DPRK. But as a result, it increasingly falls under the influence of China.

Beijing has sharply intensified its policy in the Korean sector in recent days. Deputy Premier of the State Council of the People's Republic of China Li Keqiang, who is expected to take the post of head of the Chinese government after the CPC congress, met in South Korea with South Korean President Lee Myung-bak yesterday. And on Monday, he held talks in Pyongyang with North Korean leader Kim Jong Il.

In both cases, the question of resuming the six-party nuclear disarmament talks on the Korean Peninsula was discussed.

Chinese media limited themselves to protocol reports of a meeting in Seoul with Lee Myung-bak. But in Pyongyang, a high-ranking envoy of China achieved a positive result. Kim Jong Il, AFP reported, expressed a desire for the six-party talks to resume as soon as possible. That is what Beijing called for earlier.

In addition to North and South Korea, China, the United States, Russia and Japan participated in the six-party talks that took place in Beijing. Pyongyang withdrew from the negotiations in 2009, citing the fact that the United States and its partners did not abandon the hostile policy toward the DPRK and did not fulfill their promises to provide economic assistance. After that, he conducted a second nuclear test weapons.

Now Pyongyang has obviously softened its position. This is evidenced by the results of a meeting between American and North Korean diplomats held in Geneva. As the American diplomat Stephen Bosworth said, the parties managed to "reduce differences." But there was no breakthrough that would allow the resumption of the six-party talks.

The fact is that the United States and its South Korean ally want Pyongyang to prove that he is ready to make concessions. This, in particular, is about not only giving up plutonium production, which was agreed in principle in the 2005 year. Now the question is raised about abandoning the uranium enrichment program.

Pyongyang says it is ready for negotiations without preconditions. And the United States and its partners put forward such conditions. That is the problem at the moment.

In a conversation with NG, Konstantin Asmolov, leading researcher at the Institute of Far Eastern Studies of the Russian Academy of Sciences, noted that the desire of the United States and the DPRK to resume dialogue is a good signal for the international community. But the fact is that Seoul still wants the North Koreans to apologize for the death of the South Korean corvette in 2010 and the shelling of the island by North Korean artillery. But these incidents are far from clear. Why should Pyongyang apologize?

According to the expert, a number of figures surrounded by Lee Myung-bak "hoped that the North Korean regime would be overthrown during his five-year term." Therefore, inter-Korean relations were transferred to the political plane - they refused from the "solar policy", which provided for providing aid and investments to the North. Thus, Seoul itself pushed Pyongyang to go on deepening ties with Beijing in the economic field.

The New York Times writes that China is "colonizing" North Korea. “This is a biased assessment. China is not going to take over this state. But he is actively tying his economy to his northeastern provinces. With the participation of China, the port is being modernized, two joint economic zones are being created on the islands, ”notes Asmolov. According to him, Chinese experts master the extraction of copper and other metals in the DPRK.

Referring to the role of Russia in the economy of the DPRK, the expert recalled that “our specialists are restoring railway connections with the Russian city of Hassan. A test flight was launched on this route. ” But we can only speak hypothetically about laying a gas pipeline from the Russian Far East to South Korea through the North. This construction takes about five years. If there is political support from the project participants and funding. But so far there are no such conditions. Moreover, more obstacles arise from Seoul, concluded Asmolov.

We are in Yandex Zen
How can Russia survive and win in the 21st century?
Kim Jong-un - a new mystery of North Korea
2 comments
Information
Dear reader, to leave comments on the publication, you must to register.