How the Soviet ace of a German general "landed"

July 27 2015
8
In the list of personal victories of one of the Soviet aus pilots Nikolai Pasko from the 28 Guards Fighter Aviation Regiment, the German light communication aircraft Storch (Fieseler Fi 30 Storch) was shot down by 1944 August 156 of the year. It is worth noting that Soviet fighter pilots (like pilots of other howling states) usually did not neglect such a “booty”, since the enemy is the enemy, but no one considered such an air trophy prestigious. Fighting an enemy fighter or bomber in an air battle is one thing, and the defenseless Stork is another.

For example, in the book of memoirs “Return to the sky”, written twice by the Hero of the Soviet Union, Vladimir Lavrinenkov, an episode was described that took place during the fighting to liberate the Crimea. The author’s first soldier, another well-known Soviet pilot, ace Sultan Amet-Khan, met the Storh light reconnaissance aircraft in the sky and shot him down. At the same time, he did not talk about his air victory to the command, considering this aircraft not to be a prestigious victim. Of course, one can still argue about this particular case, but in the book this история filed this way.

Fieseler Fi 156 Storch - a small German aircraft that was created and massively used in the Third Reich and its allied countries from 1937 to 1945. The release of the aircraft continued until the end of the 50s of the XX century, mainly for the private market aviation technicians. He is one of the most famous German military aircraft today. In total, more than 2,9 thousand such aircraft were produced. "Stork" could take on board up to two people, the maximum flight speed was 175 km / h, cruising - 130 km / h, ceiling - 4600 meters. This aircraft could land on almost any platform - it was enough to have a runway 60 meters long; when landing with a headwind, the aircraft’s mileage was even less. During transportation, the Storch could be transported in a folded position in the back of a truck or even slowly tow an airplane along with it. The aircraft was used as a scout, spotter, liaison, as well as rescue and ambulance. 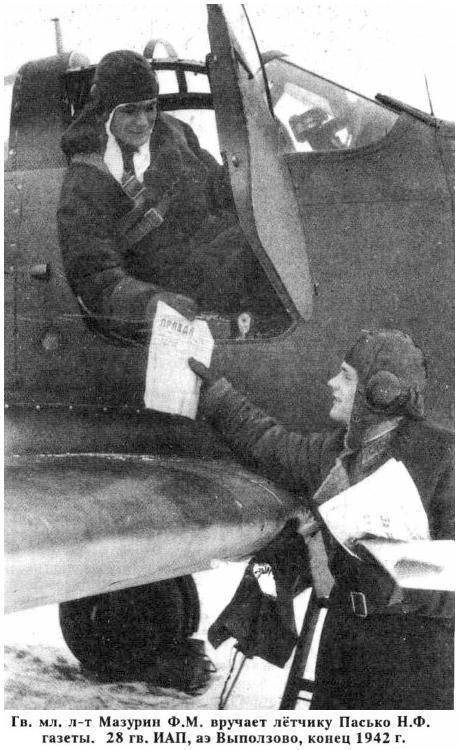 Already by the middle of 1937, the Storh had been fully tested in the Luftwaffe, where they could appreciate the car. During extensive tests, it was found that a small aircraft weighing in 1240 kg could maintain controllability when flying at a speed of just 50 km / h, and with sufficient headwind it literally floated in the air in one place. With a wind speed of 13 km / h, the run was 50 meters and mileage 18 meters. During the test, with an average wind, the “Stork” was able to sit on a plowed field, and the total mileage was 5 meters. Such unique characteristics of the aircraft allowed it to perform a significantly wider range of tasks than only reconnaissance and communications. The “Storch” could be used for dumping cargo, setting smoke noise, and even as a bomber that carried three bombs at 50 kg (one under the fuselage and two under the wing). When bombing from a flat dive, the pilot used the target marks on the windshield, and he determined the dive angle of the aircraft by the slope of the struts to the horizon.

With all its unique flight performance, when meeting with a fighter aircraft, the Storch had little chance of remaining intact. Many Soviet fighter pilots have logged similar machines. Nikolay Pasko was among them. However, the plane, which was shot down Pasko, and, more precisely, his passengers were far from simple German "connected". The documents about this air victory say that 30 August 1944 of the 4 of the Air Cobra fighter under the command of Pasko flew to the free hunting area of ​​Tukums-Kandava. While in a given area, Pasko noticed how from the Tilmani airfield, in 4 kilometers north of Djukste, the plane Fieseler Fi 156 took off. Nikolai Pasko attacked a German plane and set it on fire, the burning plane fell near the settlement of Vetmuizha. Information about this air victory is confirmed by two other pilots who participated in the departure.

The fact that the plane was not simple connected, revealed much later. With probability in 99%, it can be argued that the German General Paul Lauks was aboard that same Storch. As the Latvian historian Janis Varna, who works on the subject of aviation of the opposing sides during the battles to liberate Kurland in 1944-1945, has found out, the plane attacked by the Soviet ace Pasko was the personal Storch of Paul Lauks, commander of the German 16 th army There were two such armies in Courland — 16 and 18 — the infantry general (General der Infanterie, corresponds to the Soviet rank of colonel general), Knight's Cross holder with oak leaves. 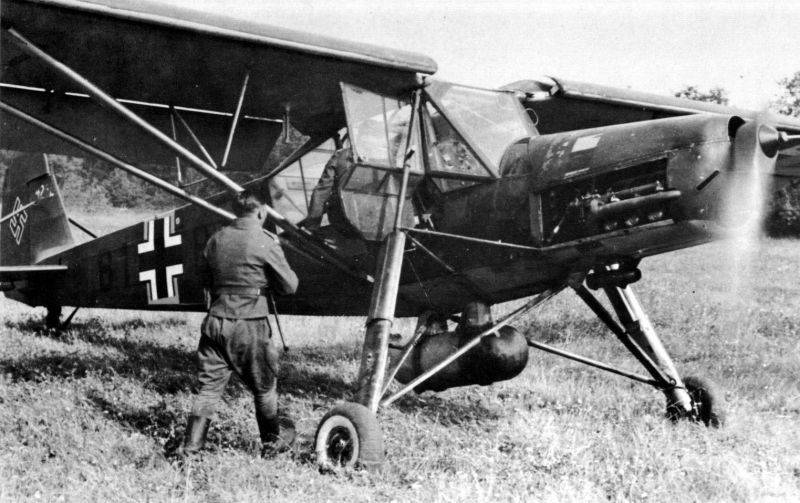 30 August 1944, General Paul Lauks, with his personal pilot and Chief of Operations, Colonel Kurt Hartman, flew into the sky with the aim of flying around the front, entrusted to his 16 Army to organize defense. German sources indicate that the commander's plane was shot down north of Djukste and made an emergency landing near Tilmani airfield (named after the village), from which he had recently risen to the sky. In this case, Kurt Hartman was killed by fire from a Soviet fighter while still in the air, and General Lauks was seriously wounded, and a few days later, on September 2, died in a military hospital in Riga. The pilot of the "Stork" was also injured, but eventually managed to land the burning plane and survived. According to Janis Varna, nowadays relatives of that German pilot are interested in the events of that period and are ready to visit the Storch forced landing site.

If we talk about the Soviet pilot Nikolai Fyodorovich Pasko, this was not his last airy victory. Until the end of the war, the guard lieutenant shot down another 6 German aircraft. In total, during the Great Patriotic War (at the front since October 1942 of the year), Pasko flew 316 combat missions, took part in 32 air battles, in which he shot down 15 enemy aircraft (9 fighter jets Fw-190, 3 fighter Me-109, 2 fighter bomber-maker 88 and one "Storm"). Nikolai Pasko won all his air victories, flying the P-39 American Aero Cobra fighter jets. For courage and courage that were shown by Nikolai Pasko in battles with the Nazi invaders, 18 August 1945, he was awarded the honorary title of Hero of the Soviet Union.

After the war, Nikolai Fedorovich devoted even more 10 years to aviation, graduated from the Higher Flight Tactical Courses, managed to take part in the Korean War, commanding the 67 Fighter Aviation Regiment. After demobilization of the guard, reserve colonel Nikolai Pasko returned to his homeland in the village of Skripai (Zmiyovskiy district, Kharkiv region), then moved to Kharkov. He died 16 July 1982, was buried in Kharkov cemetery №4. 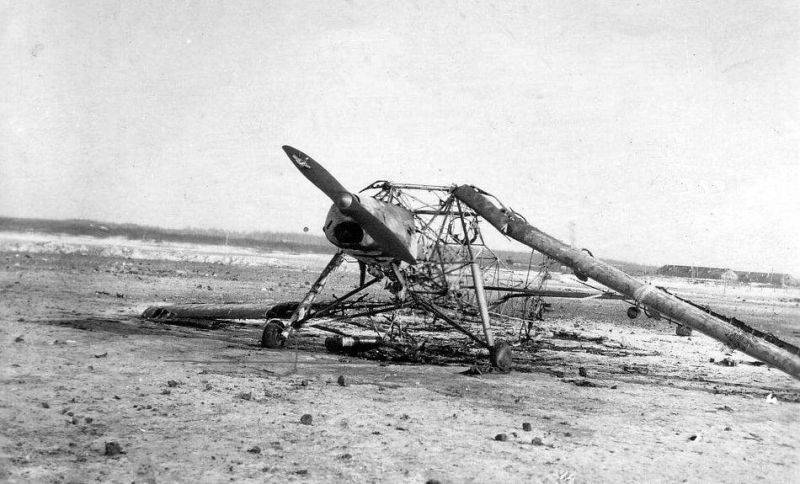