On the day of withdrawal of equipment, the APU unit attempted to dislodge the militia from Marinka

July 20 2015
75
Yesterday, the sabotage subunit of the Ukrainian Armed Forces under the cover of armored vehicles attempted to seize the settlement Marinka, the channel said LifeNews. 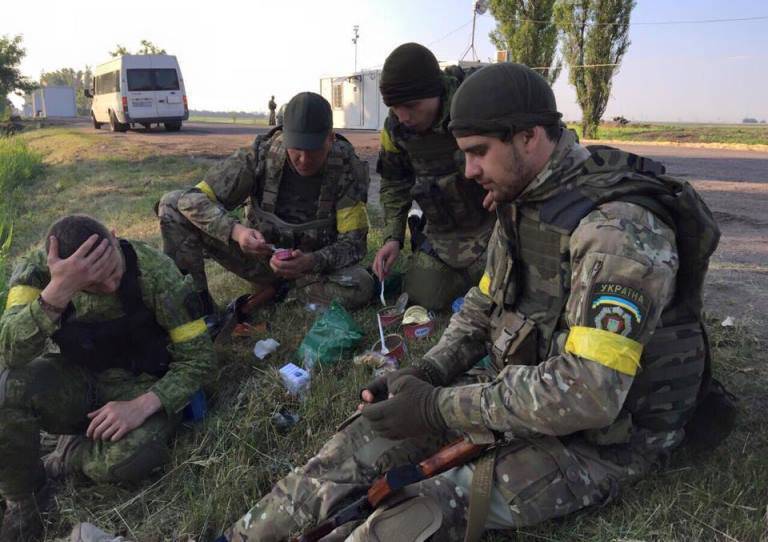 The presence of the enemy group in the territory controlled by the militia was calculated by scanning the radio frequencies used by the Ukrainian Armed Forces. I heard on air the Ukrainian language commander of the brigade "Pyatnashka" Azra Avitzba.

Prior to this, the militia took away from the contact line weapons in a caliber less than 100 mm. From the enemy, which was covered 2 BMP, I had to fight back with the help of small weapons and rocket launchers.

The battle lasted 2 hours. During this time, the militia destroyed one infantry fighting vehicle together with the crew and up to 50% of the personnel of the combat group. The surviving security forces retreated deep into their territory.