The heroic defense of Odessa: only the facts 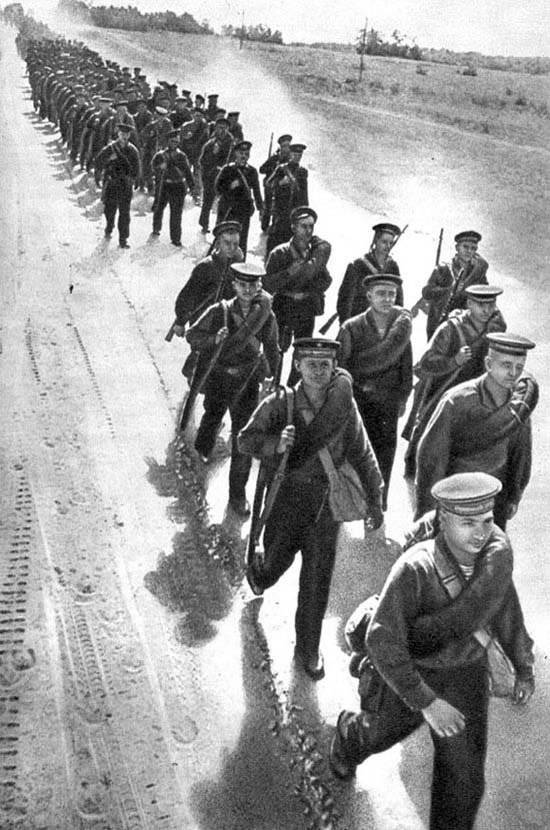 70 years ago, on October 16, 1941, the defense of Odessa ended. Perhaps, in 1941, the Red Army and fleet more unusual defensive operation. Even the armored vehicles used by the defenders of Odessa were unusual.


Nikolai Ivanovich Krylov, chief of staff of the Primorsky Army, which defended Odessa, described subsequently self-made “Tanks":" Three armored vehicles, the type of which no military specialist could determine. These were the first Odessa tanks. In fact, ordinary tractor tractors, redone in just ten days. Sheet ship steel was used in two layers with wood or rubber gaskets, and tests carried out at the plant showed that if not from shells, then, in any case, such a coating should protect from splinters and bullets. Machine guns were put in the towers of two cars. For the third, a 37 mm mountain cannon was found.

To three self-made "tanks" added one restored, real. And they went into battle. The results, as it turned out, exceeded all expectations. The enemy, who had not seen any tanks here before, was stunned and knocked out of his advanced trenches on this site. Our fighters immediately came up with a name for new combat vehicles - “On the scare”, abbreviated as NI. It has become an unofficial brand new car. It was impossible not to admit that this name rather accurately characterizes its qualities: with weak arms and light armor, the NOR tank had a rather awesome appearance, and on the move produced a lot of noise. After the first battle, the tanks, again rumbling through the streets of the city, returned to the factory for inspection. As expected, from the fragments and bullets remained only dents. The 45-millimeter-round projectile hit one of the tanks and pierced through the puff armor, fortunately without hitting people and the engine. In general, the machines passed the test ... ".

For a specific Romanian opponent and NI was scary. In the service diary of the Chief of Staff of the Ground Forces of Germany, General Halder, we read: “August 20. Odessa still continues to cause concern ... It is still questionable whether the Romanian command and its troops have grown to fulfill this task. ” “21 of August ... Romanians believe that they will be able to occupy Odessa only at the beginning of September. It is too late ... Our high command does not want to interfere in the affairs of the Romanian command. Thus, we can only wait for how things will develop. ”

But "worrying" Odessa continued until October October 16. Before the implementation of such a task, the Romanian command really did not grow. It was in the battles with the Romanians who had besieged Odessa that the Black Sea Fleet achieved its first significant success.

The headquarters and the Military Council of the Black Sea Fleet decided to inflict a counterstrike on the enemy, discarding him from the city. Vice-Admiral Ilya Ilyich Azarov, a member of the Military Council of the Odessa Defense Region, wrote in his book of memoirs, “besieged Odessa”:
“At night (meaning the night of September 22 1941 - Auto.) No one slept. The time of the landing was near. I have not been so worried for a long time. Apparently, because for the first time we were advancing. ”

On the night of September 22, a detachment of military ships left Sevastopol towards Grigorievsky Cape, east of Odessa. The Red Caucasus and Red Crimea cruisers, the Boiky, Impeccable and Merciless destroyers, the Red Georgia gunboat with paratroopers on board in 1.20 arrived in the landing area. In 1.25, the ships opened powerful aimed fire at areas of settlements Chabanka (now Guards), Grigorievka, Bilyara, Old and New Dofinovka. And ten minutes later, the landing began. Fighters and commanders in 100-115 meters from the shore, jumped into the sea and with their heads raised weapons, on the chest in the cold autumn water, they went to the coast, instead of the three-day supply of food, the paratroopers 'strollers' hacksacks and grenades were doubled.

By 5, the landing was completed. The Red Caucasus and Red Crimea cruisers immediately left for Sevastopol, while the destroyers remained for artillery support of the paratroopers. The operation was a complete surprise to the enemy. The Romanians, guarding the coast, were paralyzed by the fire of the squadron ships, by the quick actions of a small group of Soviet paratroopers, thrown into the rear of the enemy during the landing, by the rapid onslaught of the marines.

Grigory Pudovich Negoda, the commander of the destroyer "Merciless" recalled:
“At eight o'clock in the morning it became known that the landing force was firmly established and was successfully moving forward. Coast from Grigorievka to Odessa cleared from the enemy. Captured many trophies and prisoners. Ships can now freely enter the port. ”

Trophy long-range cannons, which had recently fired on the port and city, drove through the streets with the inscription: "She fired at Odessa, no more."

Artilleryman Alexander Sobakin: “While fighting near Odessa, we had no information about what was happening on other fronts, and when we were ordered to evacuate, many were surprised ... We were successfully holding back the Romanians. Just a few days before the evacuation, our signalers laid a new line of communication through some village. They look, and at the well a large group of Romanian cavalrymen are feeding their horses. Three signalers with carbines approached them: “Hands up the hill!” - and the whole crowd obediently went into our captivity. We even looked at them with pity - elderly rural guys mobilized into the army of Antonescu. Well, where were they with us to fight?

Leaving the city of October 16 1941, the Maritime Army had not under the onslaught of the Romanians, whom the defenders of Odessa successfully beat, but because of the German breakthrough in the Crimea. Army had to defend Sevastopol. Evacuation was carried out with minimal losses. People's Commissar of the Navy Kuznetsov Nikolai Gerasimovich in his memoirs explained this success as follows: "The troops retreated so secretly that when the last train left the port, the Romanians were still afraid to move to the city." 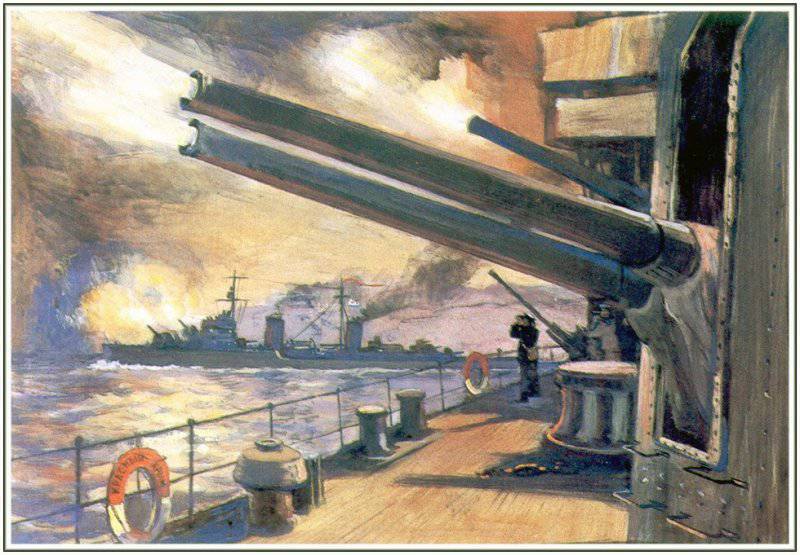 We are in Yandex Zen
Steam tractors in the Russian-Turkish war 1877 - 1878
Bulgarian armored vehicles. Part of 3. Postwar period and modernity
4 comments
Information
Dear reader, to leave comments on the publication, you must to register.