8 2015 June
52
Aviation the Russian Air Force on Sakhalin is reinforced by Su-30SM multi-role fighters. This was reported by Colonel Alexander Gordeev, head of the press service of the VVO (Eastern Military District). At the same time, Colonel Gordeev explained to the media the reasons why Su-30SM planes are sent to Sakhalin. Alexandra Gordeeva quotes RIA News:

The main purpose of redeployment of fighters is to improve the flight training of fighter aircraft crews for flights in the island zone.

Su-30CM - a modernized multi-purpose fighter, the first flight of which took place in the 2012 year. 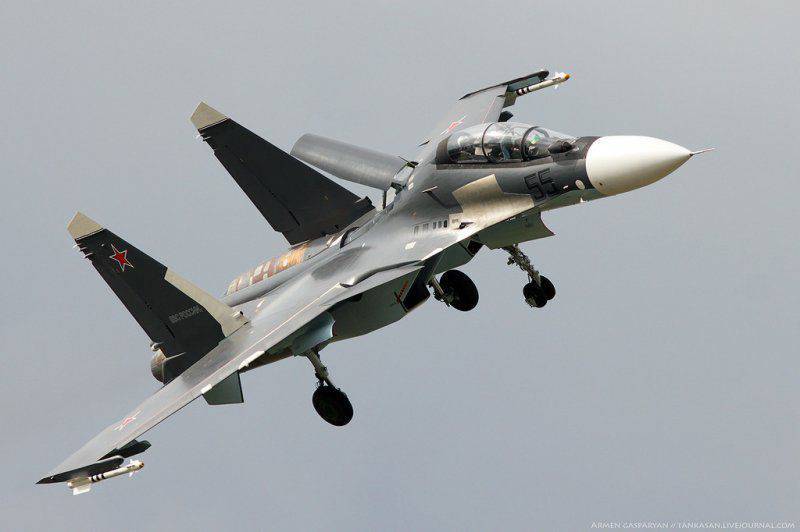 The main characteristics of the aircraft: