"The war may begin in the summer" 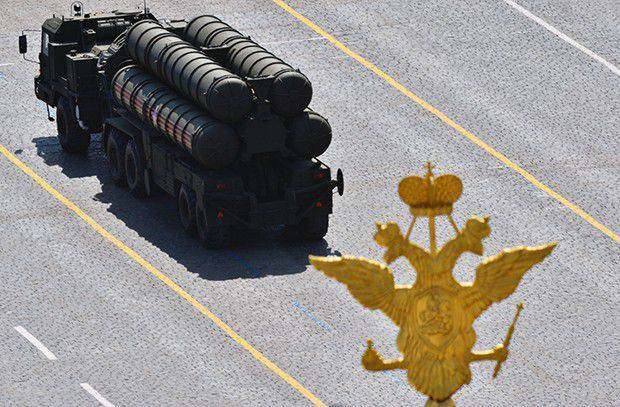 Does Russia have the resources for a global confrontation with the North Atlantic Alliance?

Messages about the possible beginning of an armed global confrontation appear in the media with varying degrees of intensity. Another round of talk on the topic of the Third World War provoked Twitter posting by former leading analyst of the US National Security Agency John Schindler. The expert, citing a high-ranking NATO general, predicted that this summer the North Atlantic Alliance would be in a state of war "and, if lucky, it will not be nuclear."

In the appendix to Schindler's tweet, we can quote the recent statement by billionaire George Soros, who suggested that the world will plunge into the abyss of the Third World War due to a potential economic collapse in the PRC. According to the famous investor, Beijing will need an external threat to rally impoverished residents. In the global confrontation, as Soros argues, Russia will become an ally of the Middle Kingdom, and the United States will be the adversary.

Inside China itself also does not exclude the possibility of the Third World War. The leading newspaper, "Renmin jibao" in September last year, citing Professor Han Xudong, wrote that Beijing needed to prepare for an armed conflict that would erupt between the US and Russia because of the Ukrainian crisis.

Passions are also fueling American media, which regularly publish notes about the threat that comes from the Russian Federation and its likely military ally, the PRC. National Interest magazine editor James Cardin believes that the Russophobic campaign unleashed by journalists marks the revival of McCarthyism, which suggested a tough fight with any manifestation of sympathy for the USSR.

Now most of the information arrows, as Cardin noted, are flying towards Russia, which has embarked on an independent foreign policy and strengthening the power of the armed forces.

The geopolitical situation, which is developing near the western borders of the Russian Federation, has deteriorated noticeably in recent years. In February, 2014, our country received at the border a large, aggressive, unstable and unpredictable state represented by Ukraine. Attempts to destabilize the political situation in a similar way are now being observed in neighboring Belarus.

Last week, the efforts of Kiev and Chisinau in the blockade turned out to be a group of Russian troops in Transnistria. At the same time, as the “Russian Planet” wrote, the unrecognized republic is in an extremely difficult economic situation and fears of escalating violence.

After Ukraine, another explosion in Europe is likely to occur in the Balkans. Macedonia, which was attacked by Albanian militants, is in acute political crisis. The opposition sabotages the work of the authorities and demands the resignation of the government. At the same time, the West exerts enormous diplomatic pressure on Serbia, which refused to impose anti-Russian sanctions.

Military expert, candidate historical Sci. Vadim Solovyov believes that Russia is once again confronting the whole world and it has no serious allies. “True, in Soviet times the situation was similar: there were only nominal allies and it would have been rash to rely on them in the event of a serious conflict,” the scientist stated.

However, despite the unfavorable conditions near our borders, experts are convinced that Russia will be able to withstand the global confrontation with the West. Also, military analysts are confident that there are no reasons for the start of large-scale hostilities now.

Vadim Solovyov believes that the confrontation with NATO, which began in the times of the Soviet Union, never really ended. Nevertheless, the scientist believes that now there are no prerequisites, conditions and critical reasons for going all-in and using nuclear weapons. weapon.

According to Solovyov, the global war will certainly turn into a long and exhausting confrontation. In this regard, the expert admits the possibility of local, short-term conflicts, the solution of which will quickly flow into the political mainstream. “As the Prussian officer Clausewitz said, war is the continuation of politics,” said the scientist.

Vice President of the Academy of Geopolitical Problems, Doctor of Military Sciences Konstantin Sivkov, in an interview with the observer of the Russian Planet, expressed the conviction that now NATO has no real reason to unleash hostilities against Moscow. “Russia has both military and economic opportunities to counter NATO forces. But the main thing is that Russia possesses nuclear weapons and can, if necessary, use them. This circumstance is alarming. America has never fought on its territory and the likelihood of a nuclear attack is very frightening, ”said Sivkov.

According to the analyst, the war will not happen, if only because NATO forces will need about three months to fully mobilize. “At best, the alliance will be ready for war only by September,” said Sivkov.

The devil is not so terrible as he is painted

The NATO forces, which include the 28 states, have about 4 million people in their ranks. Currently, in connection with the “Russian aggression”, the leadership of the alliance plans to increase its military presence in Eastern Europe. There is also the possibility of expanding the deployment of US missile defense elements near the borders of the Russian Federation. 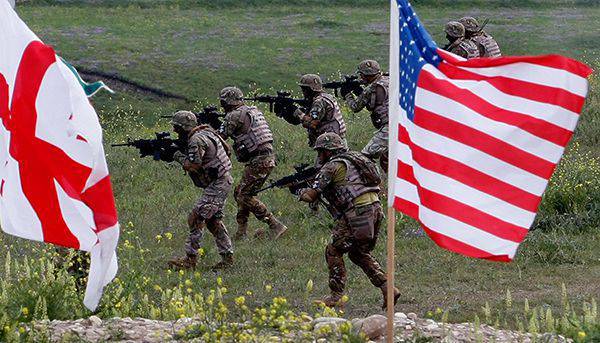 Joint exercises of the Georgian and American military on the base in Vaziani in Georgia. Photo: Shakh Aivazov / AP

Despite the seeming power of the western “partners,” experts urge not to exaggerate the opportunities that the military-political bloc hostile to the Russian Federation has. “The armed forces of NATO are not as strong and steadfast as they seem. It does not make sense to analyze the combat power of the alliance as a whole, because the main role in it is played by the United States, ”said Vadim Solovyov.

The military analyst recalled that the European members of the alliance, acting with an eye on Washington, have not yet figured out how much to invest in the army and how to develop it. According to the scientist, Europeans are not motivated to invest in their armed forces. "Fulfillment of combat missions will still fall on the shoulders of the American army, and the rest of NATO will only be in the wings," explained Solovyov.

Konstantin Sivkov agrees with his colleague. “NATO has a nominal advantage in numbers and armaments, however, the level of combat readiness of military units is only 20%,” said the vice-president of the Academy of Geopolitical Problems.

Sivkov stated that the military spending of the member countries of the alliance is quite serious, but recently they have been reduced. “Military spending increased only Russia, China and North Korea. The NATO leadership in connection with the conflict in Ukraine is trying unsuccessfully to stimulate governments to increase defense budgets, ”said the expert.

“The supremacy of the alliance is not as great as is customary. Now NATO's efforts are focused mainly on solving problems of an economic, rather than a military nature. We see that NATO cannot cope even with pirates. Therefore, I believe that the alliance is not ready for a large-scale war, ”the scientist said.

In recent years, the Russian authorities have begun to pay great attention to the state of the military-industrial complex and the combat capability of the armed forces. Such a policy was expressed in a large-scale modernization and rearmament of the Russian army, the main stage of which will be completed by 2020 year. However, now the Russian military can boast of the arrival of new types of equipment and weapons.

Vice President of the Academy of Geopolitical Problems, Doctor of Military Sciences Konstantin Sivkov believes that with the arrival of Sergei Shoigu, the armed forces of the Russian Federation really began to come in order. According to the expert, the main mistakes in the last five years were made under the leadership of Anatoly Serdyukov.

Sivkov attributed the disbandment to the mistakes of the ex-minister tank divisions, the destruction of the military education system, the elimination of the aircraft basing system. The problems that arose due to Serdyukov's unprofessionalism are now being solved by Shoigu.

Speaking of successes, Sivkov stressed that Russia has eliminated the backlog of weapons in the field of NATO. At the same time, some products of the domestic defense industry, such as air defense systems (C-300, C-400, C-500), tanks and aircraft, are significantly superior to their foreign counterparts.

Vadim Soloviev adheres to a similar point of view. The expert urged to continue efforts to form a contract army and modernize electronic equipment used by the armed forces. The main problem of military construction scientist called corruption.

“The fight against it is underway, but not intensively enough. The example of Vasilyeva and Serdyukov once again confirms this. There are forces in our country that can stifle financial scandals, ”stated Solovyov. In this regard, the expert called for the establishment of the strictest control over the expenditure of budgetary funds.