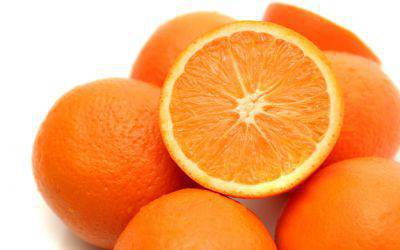 Ukrainian television again made an ideological blunder. She told with admiration how American instructors at the Yavoriv training ground burst pineapples with salmon and washed down it with orange juice. Five million hryvnia - these are the costs only for their food. Our soldiers, out of envy, probably choked on pea soup. Most recently, there was a revolt at the Yavoriv training ground due to the fact that the mobilized were not given the form and they walked like homeless people. The instigators have already been sent to the ATO, having dressed up not in size. Next in line are penal battalions for drunkenness and an incentive prize for recruiting friends to the military registration and enlistment office. Realities, however ...

American instructors enter our daily life in the same way as Georgian reformers. Both those and others are expensive. It is rumored that Georgians are paid by Americans: exporting reform experience is the only thing they can do far from their homeland and away from the investigation. Almost on all “landsknekhts” from sunny Georgia, entrenched in our area, criminal cases were instituted there.

Washington also pays for mastery lessons from American instructors. In the framework of the military assistance that he provides to Ukraine. Reasonable, by the way, approach. Give not money, but in kind. We still steal money, but here we will learn how to eat properly, to be healthy and efficient as American paratroopers.

A detailed report on this topic was shown yesterday by the STB channel called “Ukrainian National Guard with the news of American rangers. Already mssyats on Yavorivsky poligonі injectors of the United States vchat bіytsіv national guard ".

“The military canteen is more like a buffet in a hotel. For Ukrainian, it’s a surprise, for the American, it’s clearly according to the rules, ”the journalist described with delight.

“20 thousand liters of orange juice, two tons of salmon, 5 tons of hake, hard cheese, bananas, pineapples. Non-carbonated bottled water is required. And also yogurts and muesli, ”lists Alexander Alexander Melnik, the deputy head of the rear of the Army Academy. - Food for joint exercises will be purchased on 5 mln. On 2 thousand people.

I would not like it! American instructor can not work without vitamins, minerals, muesli, crab sticks and bananas. He just ... butt will not get on the Ukrainian recruit.

Many, probably, remember, a textbook example, as in Vietnam the battalion of the American troops refused to go into battle because they, in violation of the contract, were not delivered either orange juice or ice cream. Therefore, before sending high-value instructors to Ukraine, their superiors put up a rider. How this is done on any tour.

For your information: rider (from eng. rider) - list of conditions and requirements of an artist, musician or creative team to the organizers of performances. The full fulfillment of all the conditions of the rider by the side of the organizer is a prerequisite for organizing the performance of the artist or musician. Otherwise, the artist has the full right to refuse to perform without returning the prepaid payment made and reimbursement of losses to the organizer.

Honestly, if the outcome of the civil confrontation in the east depended on orange juice drunk by American instructors at the Yavoriv training ground, it would not be a pity for a hundred thousand liters. Let them flood. And bananas on 35 UAH. per kg overeat on most tomatoes (40 UAH / kg). I'm not talking about salmon for 375 UAH, hard cheese for 400 UAH, hake and pineapples. Yes, even black caviar with spoons - if only this would lead to peace.

But alas: while in the depths of the Ukrainian elite there is still hope for military revenge in the Donbass, peace enforcement will be very tight. And the tour of American instructors, the appearance of Georgian snipers and other imitations of support from the United States, especially against the background of the apparent fatigue of the European Union with regard to Ukrainian affairs, inspire unreasonable optimism. Which our strategic partners are hard at work.

Just yesterday, the head of state talked with Richard Durbin, co-chair of the Defense Subcommittee on the Senate Appropriations Committee, and thanked Ukraine for financial and other support to strengthen its defense capability. He particularly noted the assistance provided by the United States in training the military forces of Ukraine at the Yavoriv training ground.

And on May 23, there was a telephone conversation between President of Ukraine Petro Poroshenko and US Secretary of State John Kerry. During the conversation, the parties discussed the Eastern Partnership Summit, which was held in Riga, and the situation in the Donbas, especially in the village of Shyrokyne.

After talking, they returned each to his own business: Americans to universal intrigues, we - to search for money to continue the war. The fact that finances are sorely lacking is obvious. And the above-mentioned scandal at the Yavoriv proving ground is not at all the result of the commissaries' theft, as they try to present it in the media.

Problems with providing servicemen with clothing allowances, according to reliable sources, have arisen not only in Yavoriv, ​​but also at the Desna training ground, in Starletsy, Novomoskovsk, at the Goncharovsky training ground, etc.

Mobilized promise to give the form to the end of May. But the month ends, and so far only the rebels from Yavoriv, ​​who 18 blocked the road, along which a convoy with American military instructors was to pass, have dressed. And then almost all the fighters were given equipment not to fit.

According to the newspaper "Today", referring to the relatives of the soldiers, skinny were given "oak" 56 size, guys with 42 foot size berets 45-th. And if the clothes can be altered in a military workshop for 15-20 UAH, then with shoes trouble. “We put on the 2-3 sock and stuff our shoes with newspapers so that the leg doesn’t hang out,” the soldier, who identified himself as Andrey, told us (and this is in the heat of 30 degrees, the author).

In addition to the ammunition, the soldiers demanded to improve living conditions. After the intervention of the newspaper "Segodnya", according to its journalists, the soldiers were provided with drinking water, soap and fresh bedding. But until the end of the problem is not solved. And with the arrival of the Americans and the advent of an exclusive catering department for feeding dear guests, the passions became even more heated.
It is understandable. It's a shame to watch someone burst a red fish, while the rest eat porridge, soup and canned food, and that is due to the parcels from the house and volunteers.

“- What is the situation with collateral, with uniforms?

- Field kitchen - at the rate of army rations. For breakfast, there were macaroni and a little stew, a slice of bread, cheese, tea, a bun. For lunch - pea soup, buckwheat porridge with stew, salted tomato, fruit compote. Dinner - pasta, a little canned fish, tea. All rations are the same: both officers and soldiers. To say that someone is starving, it is impossible. This is a normal army ration. There are no raznoles, this is understandable ... ”(from the report on the test site in Kremenchug, similar to Yavoriv).

Deal with the dissatisfaction in the army decided to radically. Back in February, the people's deputies Sergey Pashinsky, Yuri Bereza and the commander Andrey Teteruk were drafted and submitted a bill No. XXUMX on punishment for violation of discipline (including drunkenness) in the combat zone in the Donbas. Punish subordinates in a combat situation can directly their commanders. They will get the right to draw up administrative protocols.

In the first reading, the project was supported by the 242 People's Deputy. Now he is undergoing legal expertise. As noted in the explanatory note, “in a special period ... commanders are empowered to personally apply physical force measures, special means, and in a combat situation - weapon and give subordinates an order to use such means, if it is not possible otherwise to stop such criminal acts ... ”. But the most piquant is that the document regulates the sending of guilty fighters to the disciplinary battalion: a new symbol of post-democracy democracy.

American instructors - oranges, Ukrainian soldiers - penal battalions. A good demotivator turns out in the midst of the next (which has lost its account) in half with mobilization.

Since the beginning of the ATO patriotism in the people markedly diminished. Protecting the homeland and feeling like a chode at the same time becomes more difficult. Therefore, military enlistment offices have to compete in ingenuity, catching draftees and recruiting volunteers.

In the Odessa region, they tried to introduce the experience of direct sales of the Oriflame type with Herbalife, when each supervisor forms his own network and for this receives a corresponding bonus. From the same series - “collect three beer caps - get the fourth one”.

True, in this case it’s suggested to collect not beer lids, but friends and take them to the draft board. As a prize promise American equipment. Apparently, from humanitarian aid. A photograph of a similar announcement posted on Facebook by one of the residents of Odessa. Maybe a fake, and maybe a know-how.