19 May 2015
29
A spokesman for the Collective Security Treaty Organization (CSTO), Vladimir Zainetdinov, said that the soldiers of the Russian special forces of the Airborne Forces that are part of the Collective Rapid Reaction Force (CRRF) of the CSTO conducted the first mass release of paratroopers using the parachute systems "Crossbow". 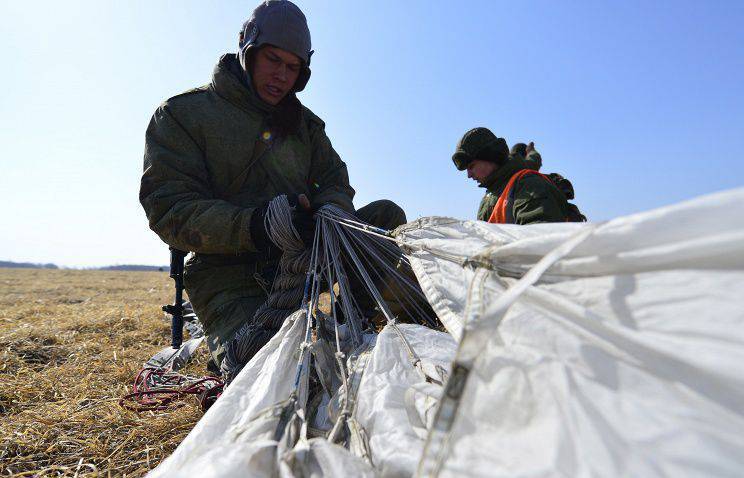 “Today, within the framework of the general plan of the operation to repulse the attack of a conditional enemy, all the involved units and units of the CSTO CRRF worked out all the elements of practical actions. For the first time, Russian special forces of the Airborne Forces for the first time made a massive airborne drop from the Il-76 military transport aircraft aviation RF, using special parachute systems "Crossbow", - quotes his words TASS.

Zaynetdinov noted that the landing took place "on an unfamiliar landing site in difficult conditions of mountainous terrain."

According to him, the air forces supported front-line and army aviation - the Mi-24 and Mi-8 helicopters of the Russian Federation and Tajikistan, as well as the Su-27 fighters of the Kazakh Air Force, which attacked the positions of the conditional enemy.