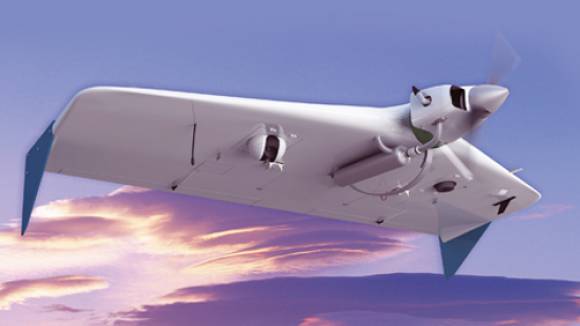 Minister Nurgaliyev ordered the creation of squadrons to monitor the situation from the air.

The Ministry of Internal Affairs is creating in the large cities of Russia 12 aviation units, the basis of which will be unmanned aerial vehicles. UAVs are already successfully used by police for special operations in hot spots and monitoring the construction of Olympic facilities. Now, it was decided to take the quarters of major cities from the air observation.

As told to "Izvestia" in the Ministry of Internal Affairs, the ministry buys drones to recruit a new type of subunit - aviation squads. One squad includes 3 – 5 aircraft. Now there are only ten such teams in Russia - they work in the North Caucasus and at the Olympic construction sites. In the Moscow region, only one squadron is now operating - near the village of Bykovo, on a private aerodrome, where one of the three UAVs is based.

“Moscow and other major cities also have an urgent need for them,” the official told Izvestia. - The tasks of the squadrons - monitoring residential areas, identifying crimes and quickly reporting them to the nearest patrols or police stations.

According to the Izvestia interlocutor, the drones are planned to be equipped with video cameras and cameras capable of instantly transmitting a picture to a distance of 25 km. Helicopter-type UAVs are equipped with thermal imagers, and therefore even in the dark can easily track a person from a height of several kilometers.

As the representative of the company Zala.Aero, producing drones, said, in addition to helping to solve crimes, UAVs are necessary to prevent traffic jams, global fires and the elimination of man-made disasters.

“The drones of the State Traffic Inspectorate, the Ministry of Emergency Situations, the FSB regularly order from us,” says Zala.Aero, a company manager, “but legislation often hinders the use of modern technology. Although in some regions, UAVs have already helped to solve crimes, to reveal the locations of gangs. Even the Fish Control ordered vehicles to monitor the poachers.

However, while the sky over the cities for drones is closed. As told "Izvestia" director of UAV aviation Irkut Corporation Yuri Malov, now police drones do not fly over settlements, since they do not have the right to do so.

“The draft law that allows and regulates such flights is only being developed,” said the expert. “And this is done by an international organization, the so-called“ 73 Group ”. They consider the issue in relation to Europe, and then we take their project as the basis of their law.

According to Malov, the difficulty for the use of drones by the police is that the flight routes need to be coordinated with the flight director in each of the territories in three days. And during operational work is impossible. In addition, free use of UAVs is possible only during military operations.

One complex, consisting of three drones, the Interior Ministry buys for 15 million rubles. UAVs are buying not only the police. Not long ago, the Investigation Committee of Russia (TFR) announced a tender for the purchase of the latest unmanned aerial vehicle with video cameras and cameras worth almost $ 200 thousand. Investigators are going to use a drone to inspect the scene in hard-to-reach areas. The Federal Migration Service uses drones to find illegal immigrants hiding behind high fences, and the Emergencies Ministry is exploring the fires.