Pension problems in the Russian Federation. Returning to the printed 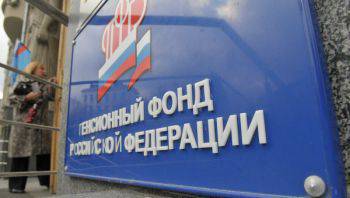 In “New Petersburg” No. 7 (1159) 19.02.2015, the article “Gender pension discrimination of women in the Russian Federation” by T.F. Zueva. Then, 23.03.2015, the same article, only in a slightly expanded form under the same name and already as “An Open Analytical Note for the Security Council of the Russian Federation” was published on the Military Review website under the Opinion heading: http://topwar.ru/71405-gendernaya-pensionnaya-disrkiminaciya-zhenschin-v-rf-2015-otkrytaya-analiticheskaya-zapiska-dlya-sb-rf.html. This additional publication on the Internet made it possible to conduct a kind of sociological research among Russian men, who, firstly, are designed to protect their homeland, and secondly, which, in principle, does not concern raising the retirement age to 63 years. (The military is retiring so far much earlier than 60 years.) At the same time, an article on the Military Observation website scored an 74% positive rating from the voluntary respondents of the Opinion rubric. This means that the majority of male readers of this site in one way or another, proceeding even from the common sense of the need for a socially fair functioning of society in general, i.e. without being tied to any social system at all, they spoke in favor of the fact that women still have to retire in old age before men. Moreover, such an opinion was expressed as family people; people with children; people are just with great life experience, and so far are not family, but sensible and without gender problems, young men. For the formation of a civil society in the Russian Federation, this is already encouraging. Well, where other sites reprinted an article from Military Review, but already in the Analytics section, the opinions of male readers turned out to be more politically balanced and more rigid. Namely, that the monetarism of the doctrine of the “shock” of the capitalism of the disasters of M. Friedman with his so-called ideology. The “free market” of capital, goods and labor in its very principle is not able to form socially fair relations in the country, and that, in theory, society needs to return to socialism.

Namely, V.I. Matvienko, in February 2015, has already proposed to legislatively replace the term “old-age pension” with the term “old-age pension.” She said: “We need to change this, because today women in 55 years and men in 60 years are still awake, they are still working, they are in good shape and even uncomfortable for a woman to show that she has retired for old age” (http: // www.rosbalt.ru/main/2015/02/18/1369420.html). This is not a harmless metaphysical proposal of a high-ranking official for society, as it may seem at first glance.

IN AND. Matvienko thinks not dialectically, but metaphysically: she does not divide real people into people of mental and physical labor, people of complete and people of incomplete, shortened working hours; on people with good and people with poor material wealth, etc. For her, all real people are the same person - they are the ones who are allowed to see her in a formal setting. Would she know how many toothless citizens in our country alone cannot really afford prosthetics ?! Judging by her biography, she herself, as the people say, did not hold anything else heavier than a pencil and folders with papers at work. Still, I remember well how Valentina Ivanovna, to put it mildly, looked rather bad in her 54 year, when she began working as mayor in St. Petersburg in 2003 year. But then, already working as a St. Petersburg mayor, she began to flourish, “look younger”, and now in her 66 years as chairman of the Federal Assembly of the Federation Council of the Russian Federation, 54-year-old herself looks like a good-looking beauty, even though she’s married again ! So her blissful generalization of all the working people of the Russian Federation "with the same combination" about the "youth" and "vivacity" of all new retirees who retire for old age, discredits her as an experienced and honest politician.

The fact is that the term “old-age pension” is a reference (as the cornerstone of a building) and an unequivocal concept for building a socially just society in general and the entire pension system in the country, in particular. The term “old-age pension” is the basic term for counting all other types of early pensions derived from it. Moreover, in it the concept of "old age" acts as an algorithm for thinking - that is, as if an exact signpost showing in which direction to analyze the situation on the issue of pensions, our thinking should move and develop.

Indeed, when a socially just, non-parasitic society is formed, the first question that arises is whether we will force people to die until we die, or will we let the workers justly rest for a while before they leave their lives — well, at least as before, they still can not? If we give, then from what criterion of truth should we proceed when calculating this very "retirement age for old age"? It is clear that if we are talking about old age when calculating the "retirement age for old age", then we should proceed from the medical indicators, with the general criteria of truth for all people. And such a general medical criterion of truth for the starting point when calculating the retirement age for all people is the end of the childbearing period after menopause. (Sturgeon fish generally die immediately after spawning.)

On average for the country for women it ends in 45-50 years, for men in 50-55 years. Further, to this age should be added democratically the same number of years (following gender equality), for example 5 years, as it was established from Soviet times, and as a result we get a scientifically based and democratic age for all Russians “retirement old age”: for women 50 + 5 = 55 years and for men 55 + 5 = 60 years. And then as someone lucky in the sense of surviving to death.

Now imagine that the term “old-age pension” is replaced by the term “old-age pension” - and immediately an unambiguous reference medical criterion of truth as an objective indicator for calculating the retirement age “old-age” immediately disappears. At the same time, the thinking algorithm also changes - the dialectical materialist method is replaced by the metaphysical method (all women and men are “cut” indiscriminately) with a relativistic bias of a subjectively idealistic sense. And relativism works according to the principle “the shaft, where it left” and “I want it, and I roll back!”. And now, in this case, the powers that be will be able to arbitrarily arbitrarily assign ANY age for people to retire on old age in the country - and without taking into account the very concept of "old age" in general - already proceeding entirely from their own personal egoistic considerations and opportunistic government interests. At the same time, those in power can even make it so that the right to an “old-age pension” (previously “old-age”) for the majority of the population — among ordinary citizens of the country — will only be on paper, since people can really simply not live to see this renamed AVERAGE pensions in general! But the other group - the “chosen” part of the population - will continue to freely retire early in an arbitrary order and immediately receive pension payments. And no one will know how scientifically sound and socially fair it will be. Power becomes NON-TRANSPARENT!

This is exactly what the VI suggested. Matvienko.

In other words, her proposal to replace the term “old age pension” with the term “old age pension” indicates that she, being the chairman of the Federal Assembly of the Russian Federation Federation Council, is makiavelly and irresponsibly trying to manipulate the public consciousness in favor of prolongation for many years monetarist, liberal reforms in Russia, as such in general, and pension in particular, on the principle of the final establishment in the country of domination of financial capital in accordance with mendations "of the IMF. Meanwhile, first of all, while maintaining the previous monetarist course, any economic effect from raising the retirement age for old age in principle will be leveled out in a year already, 2-3, i.e. will be short-term temporary. And the Russian government will be forced again, through 3-4, of the year to do the same - i.e. again raise the retirement age. And so it will be indefinitely. For financial crises under monetarism in general never disappear anywhere, but will only be repeated more often and with a new force. As a result, the pension system in the country will be practically dismantled - it will remain only for the “elect”. And secondly, if the authorities do not really see and do not find a real way out of the crisis for the country, then, willy-nilly, the existing liberal government and federal team will have to really resort to manipulating the public consciousness in order to somehow remain in power in the Russian Federation and keep the country from geopolitical collapse. (Or, on the contrary, to destroy it completely.) What is V.I. Matvienko already now does.

It is good that while the proposal of V.I. Matvienko was "delicately" rejected - ostensibly "for technical reasons": there is supposedly no money in the country for the implementation of her proposal during the current crisis. However, this means that her proposal, in principle, has not been withdrawn from the agenda at all.

Thus, and V.I. Matvienko, and A.G. Siluanovs are sitting “in the same liberal boat” and, in fact, by and large they are rowing in the same direction - in the interests of the global financial capital of US Federal Reserve Bank and us “bankers” usurers in pension matters.

All this not only disappoints the people, but also constitutes a threat to the national security of Russia.

And if we now urgently do not return to the education system of Russia the study of the dialectical materialist method, then we will just as “moron” and die, as now deceived citizens in Ukraine are dying. As they say, everything has its time!