April 27 2015
25
"Unforeseen" consequences "President Obama called the development of events in Iraq after the withdrawal of US troops, which led to the emergence of terrorist LIH on a large part of its territory. The situation in Ukraine for the United States almost immediately began to develop with unintended consequences, or according to plan "C". 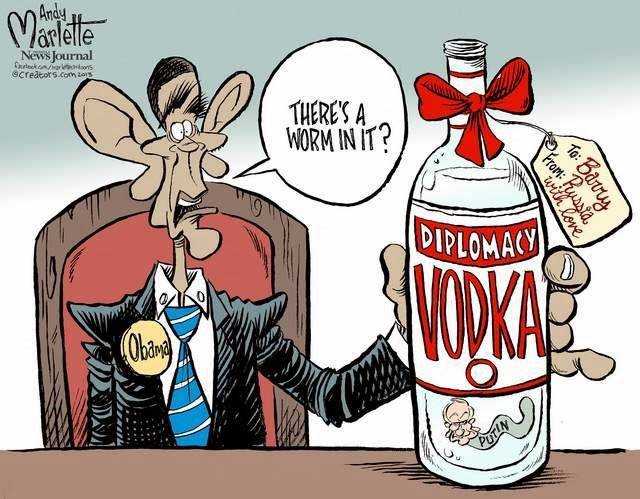 Washington’s initial “A” plan in Ukraine proceeded from Moscow’s painful reaction to the Bandera coup in Kiev, with repressions against the Russian-speaking part of the population, and provoking on this basis a Russian-Ukrainian war, in which the West would help the Bandera regime in the second echelon, isolating Russia in the world as an aggressor. Until now, it is being promoted by Zbigniew Brzezinski and George Soros, not abandoning the dream of making a “Ukrainian Afghanistan” for Russia in Europe, and demanding to supply Bandera with modern American weapon.

In response to the February 22 coup in Kiev, Moscow announced the possibility of bringing troops into Ukraine to protect the civilian population, and this was in line with the plan of Washington. Therefore, he did not respond to the statement of Moscow in a symmetrical way, and Kiev did not seek military assistance from Washington. Due to this, and the loudly pronounced statement of Moscow “on the introduction of troops,” the “Russian Spring” began in the south-eastern pro-Russian regions of Ukraine. She crowned with a referendum in the Crimea on reunification with Russia, and referendums in the Donbass on the creation of "people's republics".

However, after the return of the Crimea to Russia, Russia's initial strategy was curtailed. Despite the Odessa Khatyn, the pogroms and excesses of Bandera throughout the East of Ukraine, there was no follow-up of troops entering the Donbass battling with the Nazi battalions. President Putin made a statement that he would not let him crush the Donbass, but by helping him. The decree on the possibility of bringing troops into Ukraine was canceled, Russian troops from the border set aside. So began for Washington in Ukraine "unintended consequences."

The entry of Russian troops into the Donbass immediately led to the Brzezinski scenario, perhaps this was what caused, after the "Crimea", the abolition of the original strategy by Moscow. It has become news for Washington (Plan "A" was thwarted), and, probably, confused him for some time. Western analysts vied with each other to say that Moscow started a “new type” war, which was later called a “hybrid war”. Although some political scientists (Germans) noted that Moscow only turned to the Western strategy of the “invisible war” that the West used in many of its conflicts, including in Yugoslavia and Syria, relying on local anti-government forces.

Indeed, to protect the Donbass, Moscow took advantage of Western experience. In any case, it reacted to accusations of interfering in Ukraine’s affairs in the same way as the United States responded to accusations of interfering in the affairs of Yugoslavia and Syria. Such indirect support of Donbass is still successful: it allows you to help the Donbass, and to keep the propaganda and sanctions economic blow of the West.

Washington’s strategy today comes from the original Plan A: push Russia to the maximum, where it is possible, even with economic damage for Europe, raising the degree of tension in Ukraine and other Russian borders (anti-Russian hysteria in Poland and the Baltics, spy underwater passions in Sweden). Although it is easily calculated and allows Moscow to conduct asymmetric counterattacks (contacts with Turkey, Egypt, Argentina, Iran), relying on strategic cooperation with the BRICS and SCO countries.

Russia's strategy has undergone a series of twists and turns, which posed unforeseen problems for Washington each time. The first turn of Russia was the rejection of the "entry of troops", which led after the August defeat of the Bandera troops in the boilers near Donetsk and Lugansk to the Minsk-1. The first "Minsk" was the initiative of President Putin, Berlin and Paris responded to it, and then Kiev agreed. “Minsk” did not enter Washington’s plans, but the Kiev junta needed a respite after the defeat in the Donbass, and Obama was forced to welcome the Minsk process on behalf of his European allies.

Since Minsk-1 was initiated by Moscow, it was also a political concession to Moscow, and perhaps a calculated “deliberate sacrifice,” as in chess. He relied on Poroshenko’s “peace plan”, and his text contained dire provisions for the Novorossiysk republics (for example, about the Ukrainian border control), as pointed out by political scientist Sergey Markov. However, Kiev did not seek to fulfill the agreements of the Minsk-1: after finishing the regrouping of the troops, on the officially given order of Poroshenko, the Bandera troops launched an offensive on the Donbass in 2015 year. Washington, apparently, pushed through its main Plan "A": either crush the Donbass, or achieve the entry of Russian troops into the Donbass.

With the start of 2015, Russia made the following move in its “Ukrainian party”: it again turned to firm politics, ending the period after the Crimean strategic retreat. It can be assumed that in 2014, some weaknesses in the economy, the military-industrial complex, the general defense of the country were “closed”, the sharpness of the sanctions strike of the West was removed, and it became possible for Russia to more resolutely resist the West.

The demonstrative refusal of Putin and Medvedev from the invitation to visit the Davos forum, where they were persistently invited to negotiate with Poroshenko and Europe, and then from the invitation to attend the Munich security conference (went, by post, Lavrov) was a visible manifestation of Moscow’s hardcore course. Moscow is contemptuously silent on all proposals from the West after the collapse of Washington and Kiev "Minsk-1". Putin makes an important statement about the "NATO contingent" in Ukraine ...

Against such a political background, the Bandera offensive in the Donbass ends for Kiev with a simple catastrophe: the shock attacking Debaltsev group falls into the “cauldron”. Despite all the efforts of the West to save the old front line, Debaltsev's defeat of Bandera was completed, Moscow did not give up the liberated bridgehead, and in Minsk-2 Merkel and Hollande had to recognize the new status quo in the Donbass. Debaltseve is not only a condition of viability, "connectedness" of the economy of Donbass, but also the first powerful counter-attack of the BCH and Moscow, the first "red line" for Kiev and the West was carried out.

Debaltsev's defeat of Bandera, and not Putin’s presence in Munich, caused panic in Europe. Chancellor Merkel and President Hollande, ignoring the Atlantic discipline, make their famous urgent trip to Moscow to negotiate with President Putin to prevent the "war in Europe", then let out the message Hollander. The outcome of the urgent Moscow talks was Minsk-2, already at the initiative of Europe, but containing political points clearly dictated by Moscow, the fulfillment of which leads de facto to the realization of the Russian policy of confederalization of Ukraine, which Moscow sought from the very beginning.

Conducting “Minsk-2” by Berlin, Paris and Moscow, contrary to Washington’s opinion, formed the first crack in the Atlantic unity of the West, no matter what they say about it. After such a "trick" of the "old Europe", Washington will still suspect that it has started some kind of its game with Moscow: it has put "before the fact" Washington once and will put another.

Indeed, the “old Europe” wants to “freeze” the Ukrainian conflict in order to preserve energy supplies from Russia: this is critical for it (1 / 3 of the energy balance of Europe), and in fact pushes the reserve Plan B to conserve the conflict.
And Washington wants to continue Plan "A", continues to broadcast about the Russian troops in the Donbass, although it looks like an empty wolfish howl: Berlin and Paris are already publicly saying that US intelligence deliberately misleads everyone, no facts about the upcoming "invasion of Russia" not.

All the delayed deliveries by President Obama of weapons to the Bandera regime, Poroshenko’s last statement that Kiev will be able to supply itself with weapons, they say that Obama has made concessions to his European allies, at least formally. That is, Plan “A” of the “Ukrainian Afghanistan” is practically broken, and now Europe is trying to implement a spare Plan “B” of “freezing” the Bandera regime.

The danger of this plan is seen in the fact that, according to the American scenarios, all the “frozen” Plans “B” always slide back to Plans “C”, unintended consequences. In Iraq, such consequences, after the destabilization of the regime left by the Americans in Baghdad, became ISIS. Destabilization of the “frozen” Bandera junta (as a result of the Third Maidan or a new revolution of justice) can lead to similar consequences, that is, the emergence of a frank terrorist “Bandera state” sending curses to both the West and Washington for betraying their hopes for “European life”. After all, the socio-economic crisis in the Bandera Krajina is getting worse.

... In view of the above, after Russia celebrates the 9 in May of the 70 anniversary of the Victory over Nazi fascism, we can expect a new, third in its turn in its policy in Ukraine. Moscow, of course, is doing everything possible to ensure that it is worthy — and peacefully! - celebrate your Great Victory, pay tribute to the feat of the fathers, but then your hands will be untied ...

A turn can be made not only in relation to Bandera’s Ukraine, but also in general to the West, as created “Euro-associated” Bandera fascism, or parts of it. A new Rubicon will be passed: perhaps, Moscow will decisively demand respect for human rights in the south-eastern regions of Ukraine, since Kiev does not want to establish a dialogue with them in accordance with the Minsk agreements.

The political part of the "Minsk-2" Kiev clearly breaks, this "Kiev itself cuts off the Donbass", as Putin said on the last "straight line". Moscow may take important steps to recognize the Novorossiysk republics. It's time…