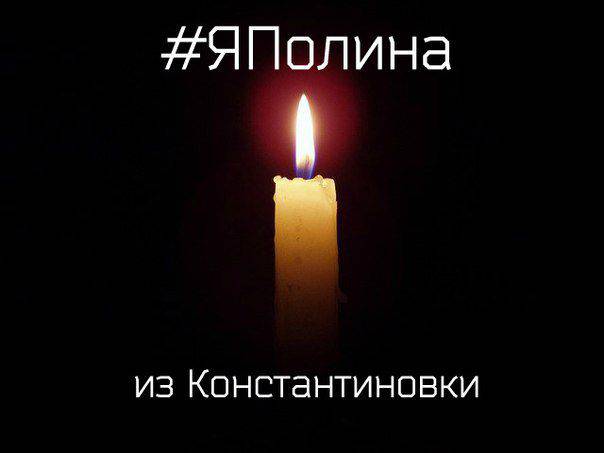 In Konstantinovka uprising. Killing a child frostbitten "Hero ATO." The compressed spring of human anger fired. Could not straighten out sooner or later. Life in occupation is life in occupation.

Konstantinovka is no longer interested in who will be fired for the sake of pro forma. In the middle of the day, the “rescuers”, about ** who left away from drunkenness, permissiveness and impunity, committed murder. 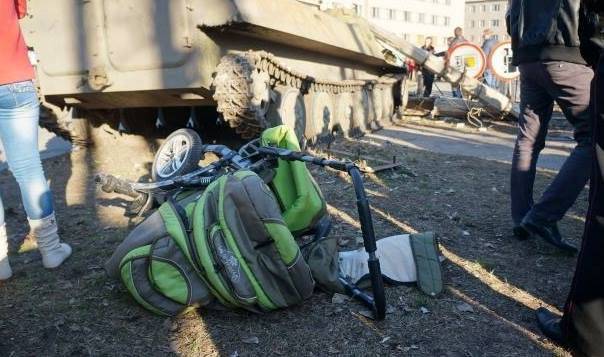 Where is Poroshenko, who sobbed about the crippled child in Mariupol, trying to blame the militia for shelling the city? Already on the way to Konstantinovka with his French friend, who accompanied the president on a trip to Kramatorsk, where he also needed to present evidence of "terrorism" to European friends of Ukraine? Remember the night setting with a doll and a shell? And here - a very real, not staged photo - a baby carriage, crushed by caterpillars. 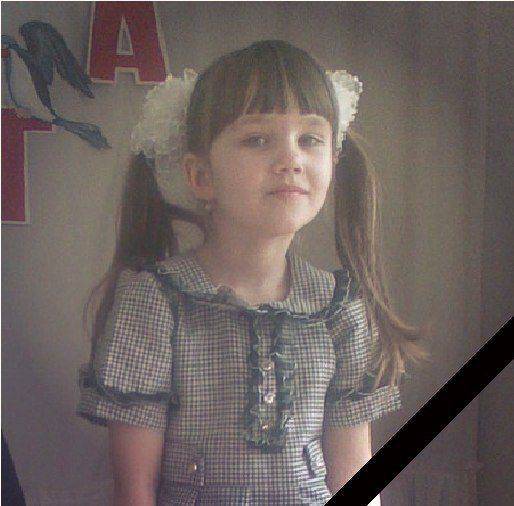 They write that the baby has a serious condition (fracture of the cervical vertebrae).

This is the “worldly food” Donbass. Occupied Donbass.

Ukrainian media and bloggers are already howling, calling the killing of a child a “funny case”, and also “the FSB provocateurs are rioting”, “for the sake of the girl who ran out onto the road, people are ready to kill the defenders from the rashists.”

The girl killed herself. The baby in the stroller sent himself under the armored car. Themselves.

However, they have already given birth to the second version: a column of heroic defenders was stoned or local hooligans, or the agents of the Kremlin. Not yet decided. The defenders lost control and ran over the children and the woman.

Social networks are already hysterical: “why are they hustling there with their children, they should sit in basements”, “there are no people there, there are stupid Katsap cattle”, “to transfer them all from children to old people”. Baiting on the keyboard, obviously, the same characters who rejoiced at the burning of people in Odessa.

But every child killed by the criminals regime is a drop that overflows the cup of patience. And every word that justifies and supports murder is a drop in the same cup.

MP Anton Gerashchenko, a member of the collegium of the Ministry of Internal Affairs, has already spoken on 112 Ukraine: “If someone in Konstantinovka has weapons in the hands of will oppose the laws of the Ukrainian authorities, using this accident for mass clashes, then one warning shot will be made first, and then there will be shooting to kill. If there is no time to warn - there will be shooting to kill immediately. No one is allowed to undermine the Ukrainian government in arms on the territory of Ukraine. All necessary actions, reinforcements, orders were sent to Konstantinovka, the situation there will be normalized and will remain the same in the future. ”

That is, an order was given to kill the inhabitants of Konstantinovka. Do you hear, residents of Ternopil? Remember, when a drunk policeman shot down a man a few years ago, you also staged a riot. They also demanded justice and even mob violence. That's just for you, no one shot. And no one gave orders to shoot. Previously, this could not be imagined. Under no “evil wielding.” And now you and your compatriots from Kiev, Lvov and Ivano-Frankivsk have put those who kill and will kill without thinking about the chairs.

MP Anton Gerashchenko, who commented on the order to kill the protesters, would pass the days and nights somewhere in the Krasnogradsky district of Kharkiv region by the head of the district or functionary in the dying party of Yushchenko, if he had not been put in the chair of his adviser Arsen Avakov, who was put in the chair of Maidan . Now Anton is not just an adviser, - he is a member of the collegium of the Ministry of Internal Affairs. Having no experience at the Interior Ministry, not being a lawyer, he comments on the order to kill the inhabitants of Konstantinovka.

The state is not ruled by cooks - criminals and their homegrown advisers.